I’ve not had a great deal of time in Chimeraland, but one thing is being made pretty immediately apparent to me: This game really is at its best when you lean in to its general silliness and let it all just flow over you like a wave.

Considering that the polling told me to make a fish person, I took that idea to heart. So say hello to McFishy. 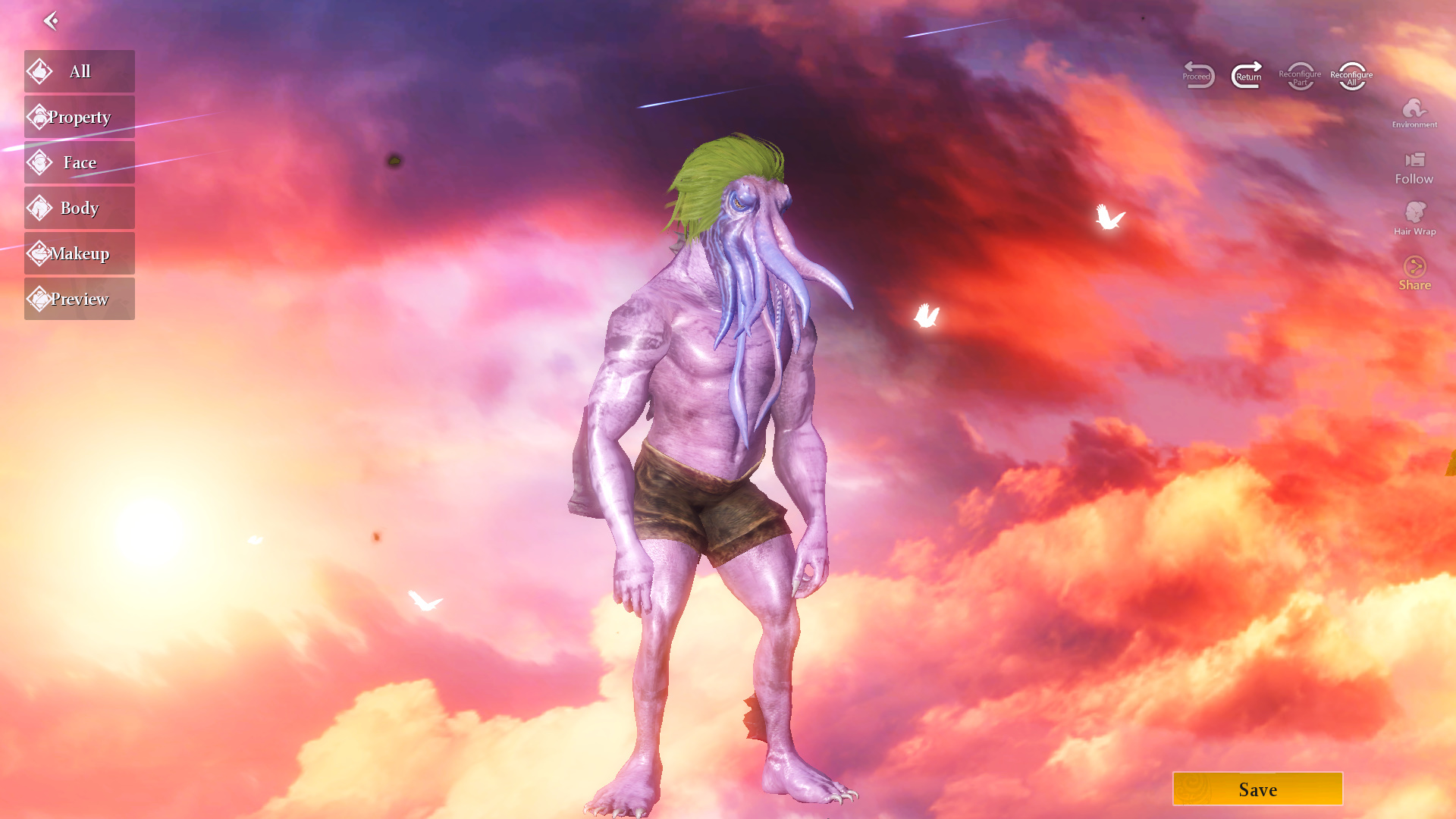 Just like the last time I played this game, I started off hurtling through space to land on the surface of a continent face-first, then started following the tutorial quests that guided em through the many systems at play in Chimeraland. Luckily, making this my second run through the game helped me get acclimated that much faster and set up my initial starting house a lot faster. It also occurred to me that a lot of the dialogue in-between the quest objectives themselves was extremely superfluous, particularly since the tutorials literally highlight the buttons you’re meant to press anyway.

It all seems kind of mindless, but really it’s all to Chimeraland’s benefit because there does seem to be a lot going on under the hood. Of course, there are the levels to earn – separate ones for your character’s overall level and individual levels that increase the more you do things like gather and craft – but there’s also the entire major hook of the game: taming monsters, turning them into pets, and then having pets devour other pets to grow stronger.

At the interim, you’re handed over a pretty bog standard black horse, which is a fine mount and a surprisingly good combat pet besides, but wandering the open world saw me cross paths with so many more interesting creatures that it was hard not to wanna catch ’em all. So that’s what I tried to do initially. 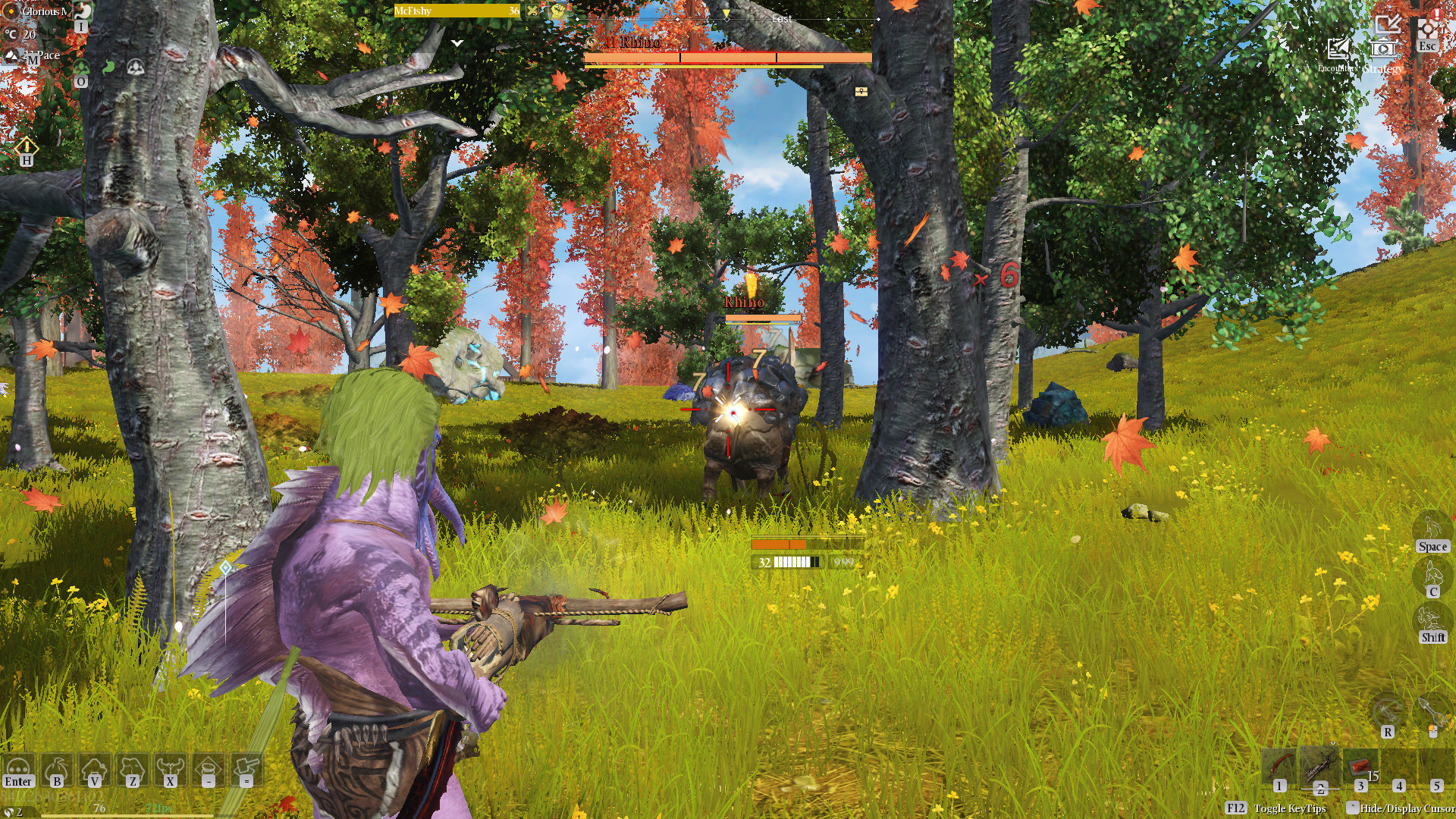 This kind of segues neatly into combat, which can feel pretty different depending on the weapon I was wielding. Naturally there’s your classic sword and shield, but then when I picked up the crossbow I was surprised that it was effectively an SMG. Then I managed to see a pair of daggers, a giant axe, and a rifle to drop. Each of these weapons has their own distinct feel, style of combat, and special attacks. The closest comparison I can make is the way weapons in New World kind of feel.

What was the most surprising about combat in Chimeraland is how much actions and movement matter. I’ve settled primarily on using a magic staff as my weapon of choice, since it has endless ammo unlock crossbows and the shots are homing. Even with those ease-of-use features, I still felt like I was managing things extremely well, keeping mobile enough to stay out of the way of attacks and unleashing my larger spell attack off-cooldown. I was even able to defeat and eventually capture a bear that was three times my level; that’s how active the combat in this game feels.

…and then I then had to incubate the bear in an egg by placing it on a nest in my house and snuggling it. So that was a thing. 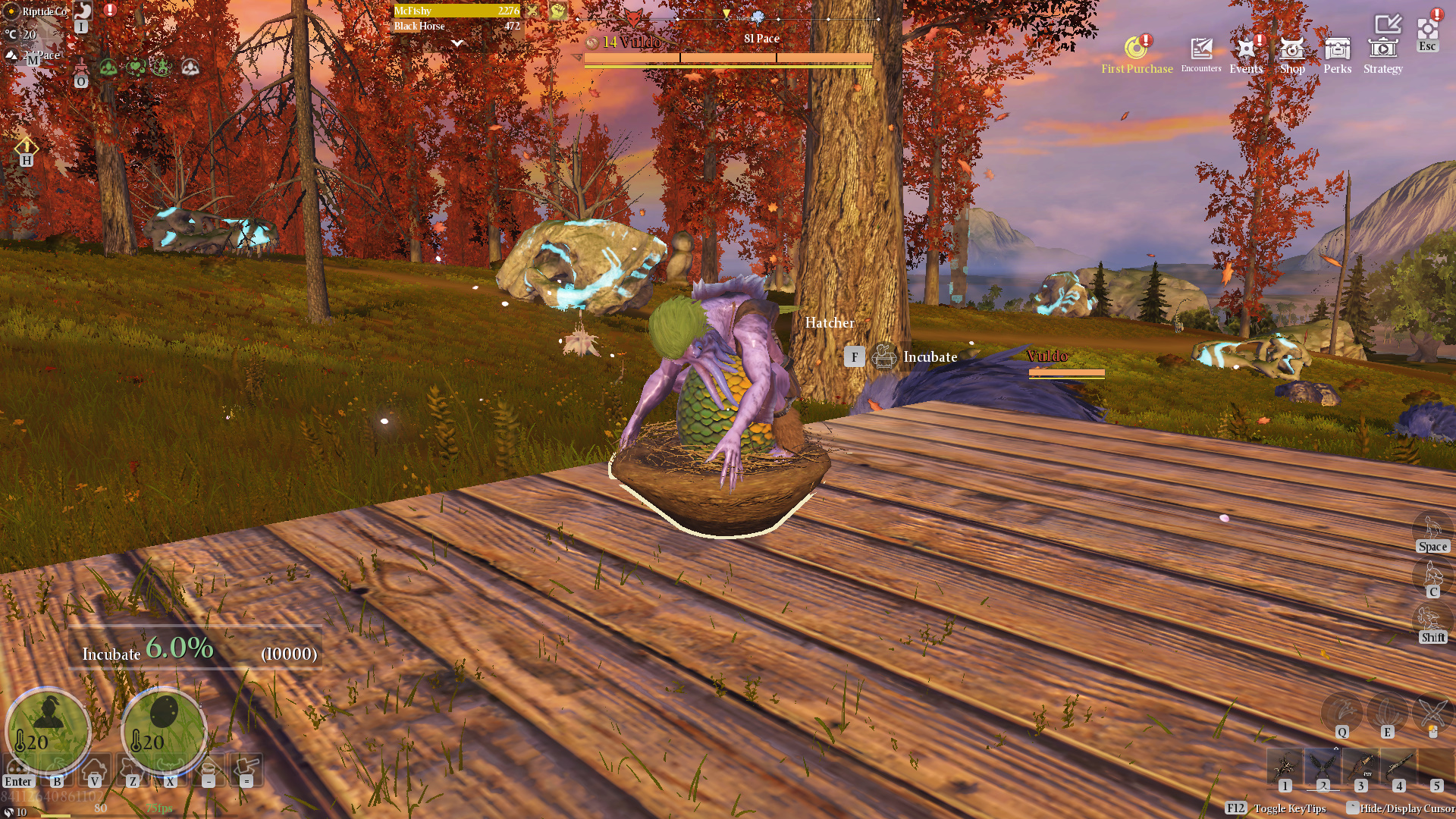 So combat feels good, the world is pretty open, and the questing is throwaway but informative in terms of its tutorial steps. But what about the whole pet mechanic? This is where things get either very tricky or very crunchy, depending on who you’re asking. The idea is to have your pet – whatever is set as a primary mount, in this case – face off against other temporary pets you capture and incubate. This basically saw me being a very passive Pokemon master as I watched my horse and another creature face off; if my horse won, it would effectively eat the defeated monster and gain its strength.

Of course, there are levels and advancement for pets as well, meaning my very low-level horse did not fare well when I pitted it against that stronger bear that I had fought and caught earlier.

I’m still not sure exactly how pet advancement works, but I will say that the tutorials did a good job of guiding me through a lot of the basic mechanics of capturing and devouring. There’s even a literal arcade machine that can be played in your house that lets your pet take on monsters and consume them. And while I haven’t really sussed out how pets are meant to be improved overall or otherwise tended to, what I did learn is how to replace my boring horse with a big, fluffy, chunky dodo bird thing.

His name is Chonkhonk and he is a very good boy. 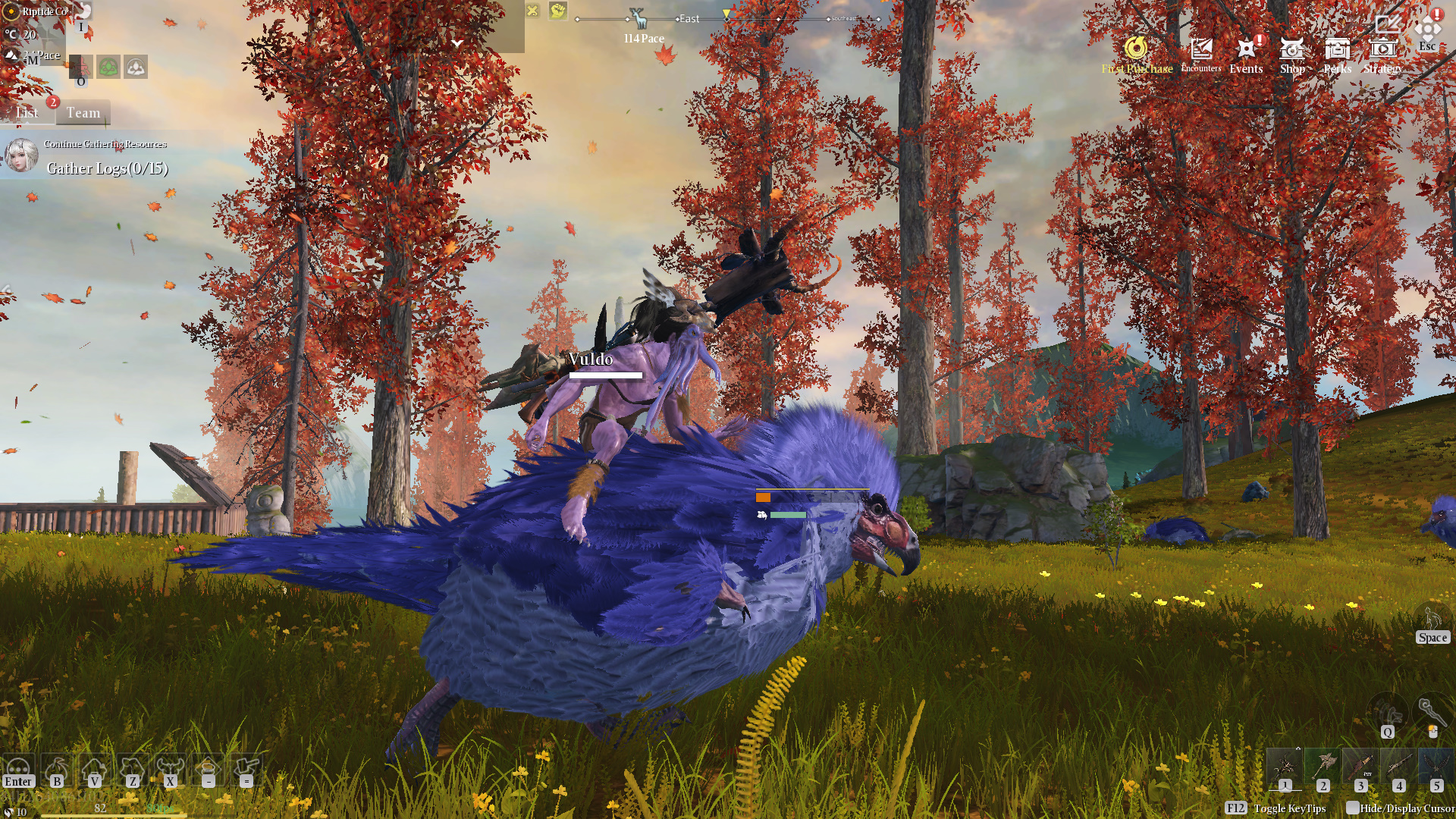 The more I dig through this game, the more I’m kind of astonished at all of the progression that it has going on in addition to everything I touched on prior. The house can be upgraded through different levels once certain materials are gathered and handed in. There’s some constellation mechanic that confers some benefits to character abilities and weapon proficiency. There’s, apparently, some side missions that I can do.

And then there are random events that can just… happen. For example, as I was going through the process of building up my house, an enormous chicken lizard dinosaur landed nearby.

I’m not quite done with all of the tutorial stuff yet, and so the main “quests” will continue on for a while yet, but I am also at a point where I feel like I can stretch my legs out a bit more and perhaps pursue a few different side activities or other goals on top of that. So that means it’s time for a poll!”

What side activity should I perform in-between tutorial quests? 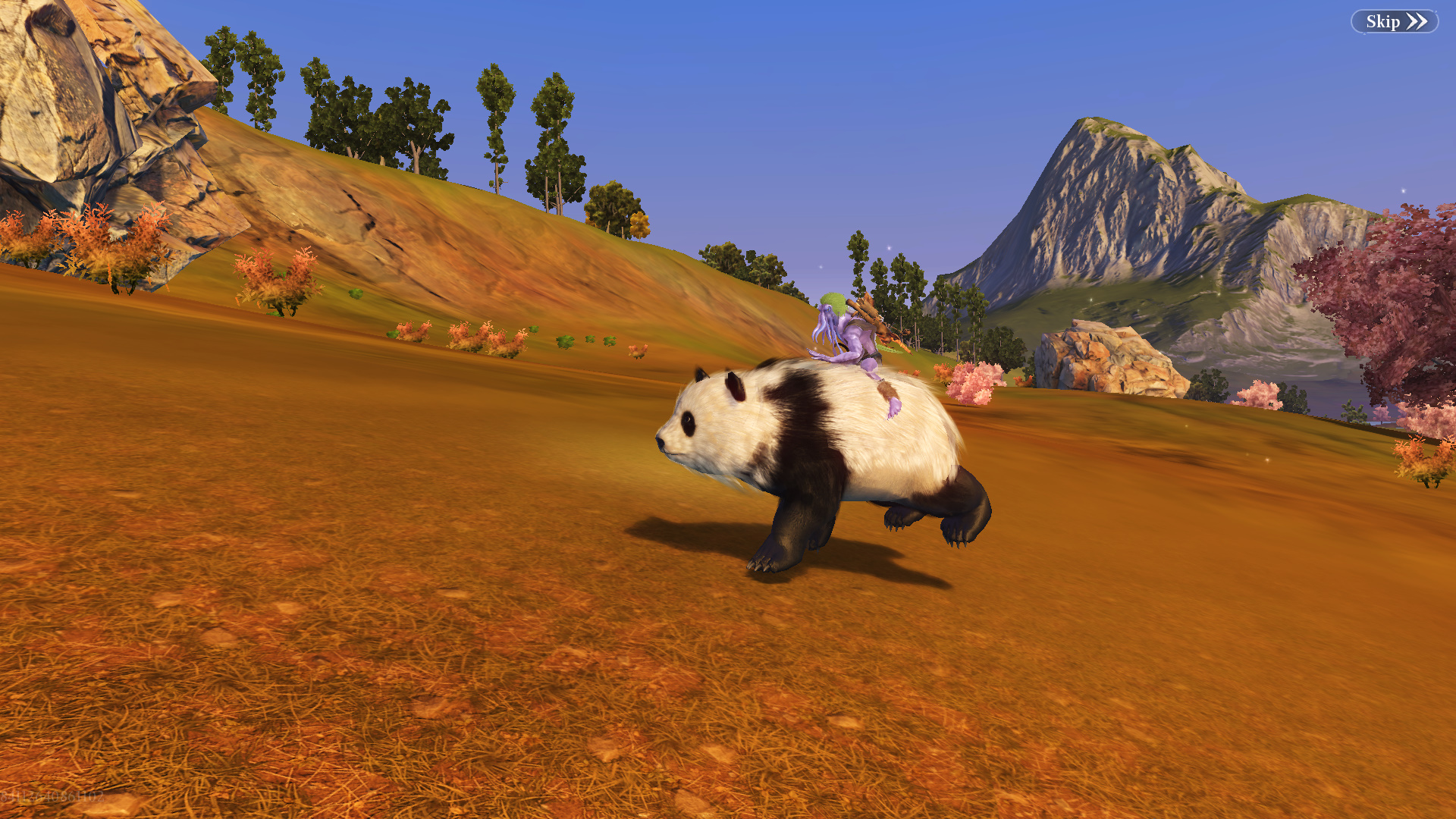 As usual, polling will be wrapping up at 1:00 p.m. EDT on Friday, August 5th. As much as I want to keep on digging in and scratching the surface of this one, I kind of feel like McFishy needs to be put on the shelf for a little bit. I have to admit, that’s going to be kind of hard to do; I’m really leaning in to the weird vibe of Chimeraland, which seems like the correct answer.