The name of Ashen Empires is either going to send you sailing backwards in time mentally or elicit a confused head tilt from you, so allow us a moment to review.

This very old-school MMO first arrived in the early 2000s as Dransik, eventually rebranding into Ashen Empires while gleefully banging the drum of its hardcore proclivities and niche status. It went free-to-play in 2009 but otherwise appeared to have gone into maintenance mode as of our last check-in back in 2019. After that point, the game fired up regular updates in February 2020 while moving patch notes to Discord.

Fast-forward to April 2021 and an announcement from developer Iron Will Games that heralded plans for a Steam release and the opening of its Steam page. The plan was for the game to arrive to the platform on August 13th, but on the day of its arrival the team announced on Discord that it had to delay because of “unforeseen circumstances.” 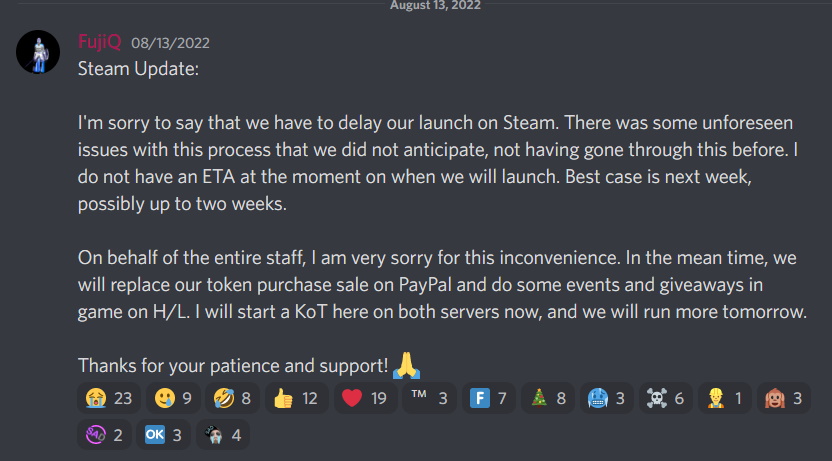 Information on the delay wasn’t provided, but the announcement notes that it was something the devs didn’t expect. The Steam launch is likely going to be pushed back by a week at least or two weeks at most. In the meantime, there will be some giveaways and events as a sort of apology for the inconvenience.