With a little over a week to go before World of Warcraft: Dragonflight releases, Blizzard is doing all it can to draw lapsed players back into Azeroth’s ecosystem. One way it’s doing this is to offer a free play weekend, which started yesterday and will continue through Sunday for any inactive accounts.

Another bullet in its promotional flare gun is the announcement of sales, of which Blizzard has several. World of Warcraft is selling many of its services (character transfers, faction changes, race changes, and name changes) at 30% off this weekend. It’s also put up a pack of four pets and six mounts in the store at half-off from now until November 28th.

Finally, Blizzard posted the global release schedule for Dragonflight, which will take place simultaneously on November 28th and 29th, depending on where you are in the world. No word yet when the Moon will get its own server, however. 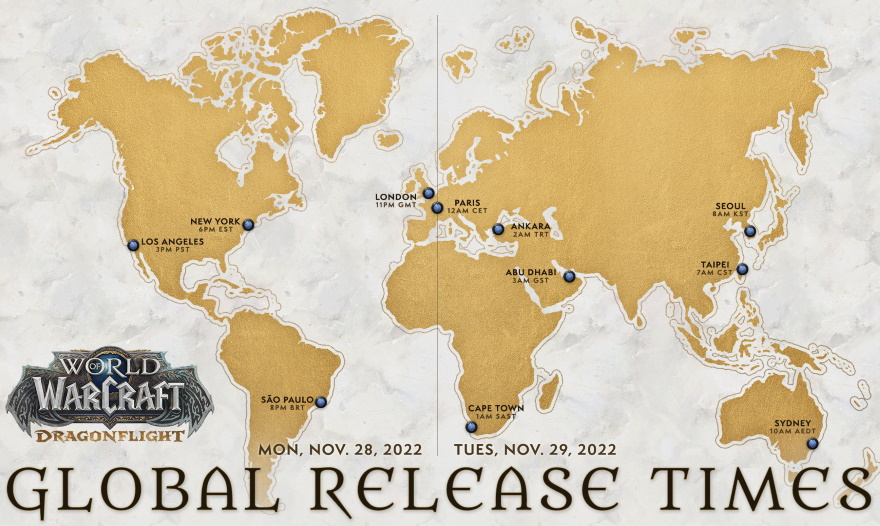