I’ve given dragons a lot of flack over the years for being overused, underwhelming stock MMO bosses when bears deserve top billing. But what about player dragon heroes? Where do they stand in my estimation?

I guess I’ll give them the scaly benefit of the doubt that they can do actual good in the world and be self-sacrificing for those in need, although it wouldn’t surprise me if most of them turned out to be raid villains in the making.

Our first One Shot for the day is from dragon-loving Jake: “This is Kahdesh’Hadhi, an Argonian Dragon Knight from Elder Scrolls Online. I think this game is beautiful, and I’ve taken more screenshots here in the past week than I have in any other game. It helps that the UI is so minimal that I’m much more immersed in the environment and aware of my surroundings on a regular basis.” 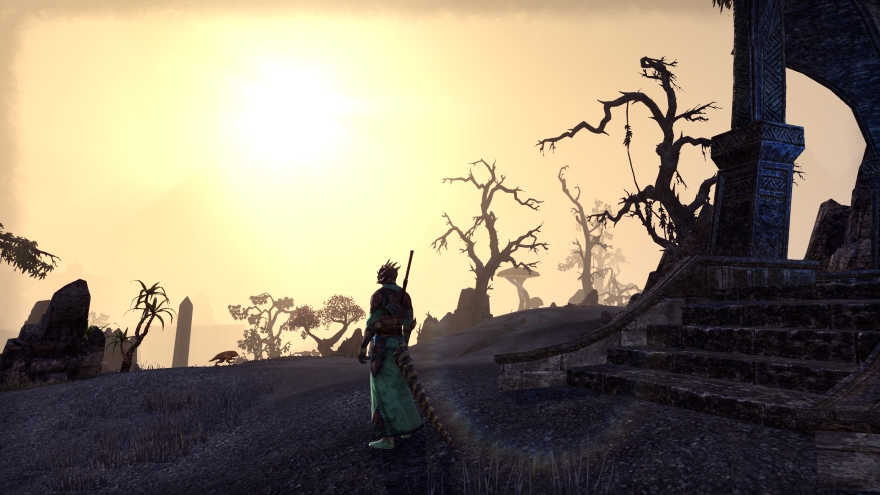 Ralph the Wonder Llama proves that a One Shots submission has no word limit to its tale: “I remember back in late 2008 when I learned that NCSoft was going to pull the plug on Tabula Rasa. I was angry! I was frustrated! How could they just cancel the game that I loved so much? I thought it was doing well! One scrappy little website had the wherewithal and integrity to go hunt down the people responsible and ask on my behalf, ‘How can this be?’ And while I was not particularly satisfied with the response, I was still pleased that at least someone had bothered to ask.

“I quickly came to appreciate that Massively was one of the few websites out there that focused on not just the games themselves but on the business, the development, and the communities that had sprung up around this wonderful new medium. Massively was a site that understood there was something special going on, one whose columnists were clearly enthusiastic but also thoughtful and at times unabashedly critical of the activity, art, and industry of MMO games. I was hooked, and I have been an avid reader ever since.

“When Tabula Rasa was in its final days, I went into a screenshot frenzy. I wanted to make sure I’d always remember what a fun, unique experience the game had been. In that spirit, I humbly submit a twilight view of the Valverde Plateau that I took in Tabula Rasa on February 28th, 2009.” 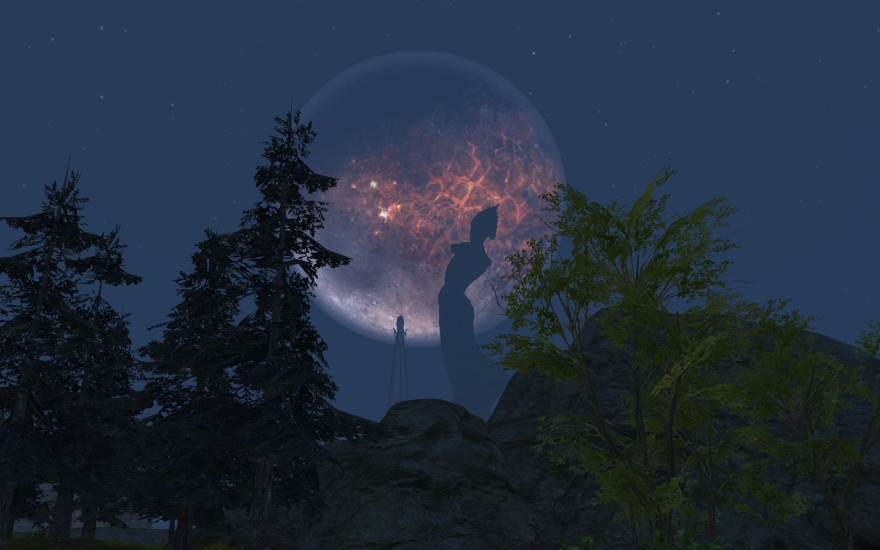 Speaking of pictures with abnormally large planetary bodies hovering in the sky and causing unthinkable tides that consume all of the costal cities around the world, here’s a pic from Star Wars: The Old Republic that trades safety for good looks.

“Here’s my Sith Warrior on Korriban,” reader Ekphrasis submitted. “For me, this screenshot summed up everything that I thought the Sith Empire should be: bleak and powerful. I initially started out making dark side choices in conversations but over time I naturally gravitated toward some of the neutral or even light side choices. I know there are few, if any, lasting consequences to choices, but they made me feel as if I didn’t just have the option of being ‘good’ or ‘evil’ and could explore a whole world of grey between.” 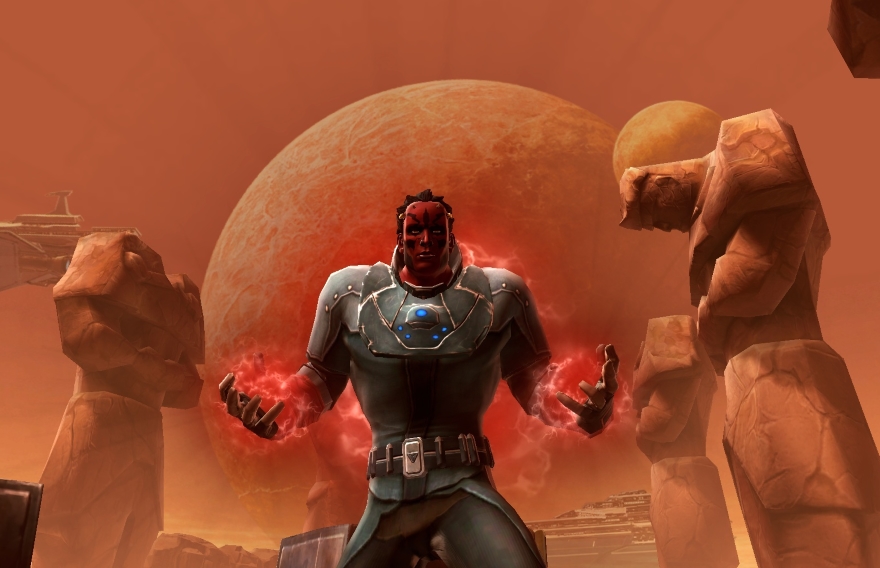 Traditionally in One Shots, this is the spot where I give you a weekly screenshot challenge. However, since my inbox is practically empty, this is the spot where I will get down on my knees and beg you to scrounge through your screenshot folders and send me in tons of pics and stories so that we can be set for weeks to come. You can submit them (for now) to justin@massivelyop.com with the subject line of “One Shots.”