If you’d like to remain optimistic about the future of the video game industry, you may not like what Superdata founder Joost van Dreunen has to say about the state of the industry and where it’s going from here. Or perhaps you will like aspects of it; one of the major points put forth in this particular piece is that the game industry is part of the mainstream, prone to shifts up and down like everything else, and the future doesn’t hold a collapse so much as a downward trend. In the long term, that’s great.

In the short term, though? Growth is stagnant, market saturation on things like mobile has been reached (it turns out you do all indeed have phones), and the console life cycle seems to be nearing its end even as there’s no real path forward to another console life cycle. There’s also a doom foretold for Gamestop in the wake of the retailer’s existing troubles in maintaining fiscal solvency. Factor in the Chinese market issues and it looks like things are headed for a downturn in the immediate future. So in the short term? Not so great.

One interpretation here is that the games industry which was previously thought to be anti-cyclical, is now in sync with the rest of the economy. Consider it a by-product for having become a mainstream industry, finally, after three decades on the fringes of the entertainment business. Games are seemingly more vulnerable to high-level economic fluctuations, prone to fickle investor sentiment, and much less insulated.

Reading the comments of people wanting the gaming industry to crash and burn not realizing they will lose thier escape from the daily bullshit that we all deal with. 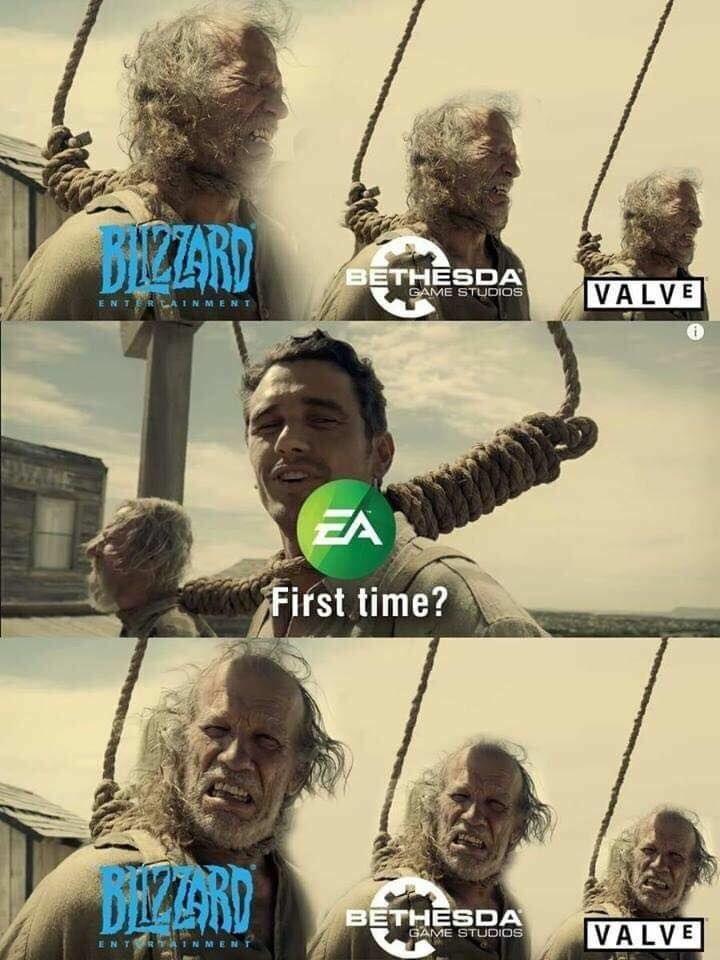 I do think this is cyclical. There is over saturation right now across media in general, due in large part to the collision of the entertainment and tech industries. It’s like the Milky Way colliding with the Andromeda galaxy. The two were head straight towards each other for decades, and now it’s happening.

As a result, there will be chaos for a while, but when it’s settled, there will be a new singular massive tech-entertainment industry. Like a new supermassive galaxy. Video games will find their place in this new industry when it’s all said and done. But short term, yeah, there’s going to be chaos.

Gamestop in dire straits? Hell, I’m amazed it’s stayed around this long. When everything requires an internet connection who the hell needs physical copies of anything anymore?

Console crash? It would hardly be the first time. Atari was once the undisputed console king. Sega was Nintendo’s upscale competitor for quite a while. Consoles have been becoming more and more like PC’s for some time. If it weren’t for console exclusive games they could disappear and the players could finally just join the PC Master Race. Then we’d have PC’s for ‘big’ gaming and ‘don’t you guys have phones’ for ‘small’ gaming.

The problem I see is yes, we’re saturated with low-quality MMOs in an industry where cost to create them is exorbitant, which creates an unhealthy type of scenario where we love our games, want more out of our games, but we’re being pumped exceedingly more expensive trash to play. Because there’s little quality on the market outside of a handful of MMOs that everyone keeps returning to, causes new developers to try to reinvent the old formulas.

Where did creating MMOs get so expensive? It’s causing devs to cross (IMO) immoral lines to scam people out of money, with a key target audience of players who are not that experienced with real-world finances yet. I understand why older players have either left gaming behind or have stuck with the tried-and-true (but mostly boring) formulas.

A lot of the reason I stick with FFXIV, even though I don’t care so much for a lot of the gameplay and art style, is because it’s what I feel is the “cheapest” game on the market for the features I want. Mileage varies for individuals, but for me, I’ll probably stay with FFXIV until something either truly innovative pops up, or I just decided enough is enough and pull out of gaming as a hobby like many of my friends already have done.

There’s little quality for the high price devs want out of us currently.

Good. Let it burn. Instead of fixing the corrupt, just smite it already and let something better be born from it’s ashes.

“It is very hard to predict, especially the future.” – Niels Bohr

The industry needs a shake up for sure. Between what Jim Sterling labels the;’fee to pay’ model of using microtransactions in full priced games. to loot boxes, to releasing broken or seriously flawed games like FO76, they’ve gotten complacent and their hubris is showing, which they need to learn from.

The only downside to a wake up call to the industry and especially the supposed AAA portion is I don’t want the coders, the QA testers, the artists, the voice actors, etc. to suffer for the foibles of those above them but I’m afraid they will.

This won’t end up with better games. This is why we’re getting diablo mobile.

If AAA devs take a big hit, gamers won’t win. I’m not sure why people think that devs will grovel their way to players. If Bethesda loses their ass on the next elder scrolls do you really think they’ll gamble big on the following title? C’mon, they’ll shutter the PC/console games division and retool for mobile or whatever like Ford and gm did with family sedans.

Gaming industry is in need of a good slap upside the head, at least when it comes to AAA game companies focusing more on profit margins and chasing after getting everyone and their great grandparents hooked on psychologically exploitative systems that revolve around pushing microtransactions as much as possible.

Taking risks and pushing creative boundaries stopped happening for many AAA game studios because they’re all owned by larger corporate entities nowadays who just want to see unrealistic upward growth trends at all times. At least back in the day while game companies were still businesses needing to make money, you didn’t feel like they were trying to exploit you and bend you over backwards to get everything out of you that they can.