After nearly a year of being frozen, China’s approval process for games lurched into life once more in December, with 80 titles approved in the country before the end of December. These imported games include 67 mobile titles, which means that this particular approval is going to mean more to smartphone owners than anyone else.

Interestingly, this batch of games includes absolutely nothing from Tencent or Netease, the two largest companies in the gaming scene and common partners for larger Western companies looking to break into the market. No explanation is forthcoming; it’s entirely possible that Tencent and Netease were waiting on longer backlogs, had more changes to make for approval, or had some other innocuous reason for not being part of this particular wave. Considering the woes both companies have faced in the nearly year-long drought of approvals, however, it’s still noteworthy.

So, China is not approving NetEase’s games? Isn’t that the company Blizzard is working with on their Diablo: Immortal mobile game? If Blizz was trying to tap the huge mobile gaming crowd in China, perhaps partnering with NetEase was a misstep. Blizz should definitely drop Diablo: Immortal, and throw that money at a Diablo 4 PC game :) (posted with 50% loving snark, and 50% seriousness)

The article’s photo remind me of Wildstar… :(

League of legends? I never ever played it :) i am not into moba games hehe. But the characters looks like wildstar to me!

Yeah League, looks a bit cuz of the colors, but the art style is more asian.

It’s Riven, Sona, Miss Fortune and Hecarim on the back.

Thanks for the info!

Or, Tencent and Netease have to pay significantly more to get back in Chinas good graces.

Oh no, but what about the myopia epidemic?
/sarcasm 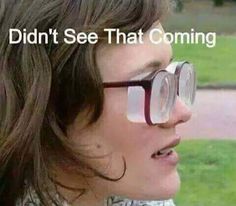 This may throw a wrench in Blizzard’s plans. Ignore your main base to try to market a mobile game to Chinese audience through a Chinese developer, except now none of the games being developed by that Chinese developer are being approved for sale in a China. I guess they better hope those in the US have phones after all.

And we are willing to play any hunk of trash they stick in front of us.

Unless we text them that though, will they really find out…? All about them phones now if you judge them by their response to Immortals announcement. I mean, who uses a computer for anything anymore!

… Well, aside from me I guess. I’m just a common pleb, a lowly peasant even though.

Usually China gives preferential treatment to major domestic companies like those two, so this is kinda weird. Maybe they both did something to really piss the government off, or maybe it is as simple as their games requiring a lot more work to update in accordance with the more strict censorship requirements.

Maybe they both did something to really piss the government off

I’m willing to bet they have too much international content, and China is keeping itself “clean” of that? Xi seems like the kind of guy who thinks China should be completely self-sufficient while having the entire world depend on it.

Well around a year ago there was an article about how Tencent and other big Chinese tech companies were effectively being used to provide customer info/etc. for the Chinese government or whatever. Might’ve led to allegations of them spying or something, not really sure. Maybe they want to keep their hands off of that possible mess since Tencent has its hands in way too many Western companies.

Again: Xi is an extremely nationalist president. He clearly sees China as a self-sufficient body that can control the tide of economy within the world.

He avoiding any kind of western influence seems just the icing on his planned cake.

Here is a bad fact: China is turteling up on Western media imports in order to fortify the Communists propaganda they have ben ramping up, while also boosting military output.

Combine that with Putin’s aggression towards the Ukraine & expanding their control in Syria.

Combine that Trump dismissing the best millitary commander we have from his position in a fit of rage while also driving the Federal government into an economic shutdown at the same time.

I sincerely pray that the only think that sinks in 2019 is Activision’s stock value.

Combine that with Bolsonaro being elected here, already showing signs of delivering everything to an completely freemarket agenda when Brazil can’t compete with jack shit overseas. Which means we’re literally delivering our economic power in the hands of other countries.

Consider now that Brazil is one of the main competitors with China for primary resources like food. This fucking “nationalist” wave of governments around the world are making China so fucking strong that they can just pile drive us to the ground. And no country seems to be fortifying their economic power in attempts to have leverage.

2019’s going to be a fucking mess. I’m hyped for 2022 since i’m sure the brazillian people will realize the incompetent fuck that Bolsonaro is and get Ciro Gomes, an more state-focused leader with good social standing, to lead.

But from here to 2022 will be a loooong road, and our crisis goes pretty deep.

At least no one (that I know of) is Rattling their Nuclear Saber at you guys.

True, but Brazil is still one of the most violent countries in the world.

It’s honestly amazing how just looking at the US and Brazil, you can have a good idea that those two countries can be fixed, if with a lot of effort and a difficult road, yet neither of them will be fixed as long as we feed those specific flames.

I’m still embarassed that Bolsonaro, an elect president i might add, felt the need to salute an american government officer of an lesser category.

It’s really funny how these people are confused, if i’m going to be polite, because their social tendencies are completely conservative, yet economically speaking, they just seem to love to give up everything to other powers that don’t give a shit about us.

I sincerely pray that the only think that sinks in 2019 is Activision’s stock value.

Interesting choice of words, given that China is right now either field-testing ship-mounted railguns or doing one heck of a Hollywood-grade bluff to make the world think such testing is underway.

(For context, those guns are expected to be able to hit targets 200Km/124mi away with projectiles travelling at speeds above mach 7. The US is also trying to develop such weapons, but apparently they are still having issues preventing the railgun from melting due to the sheer amount of energy needed for each shot.)

Intentional choice of words: one of China’s more outspoken Admirals just got done making a statement about how sinking 2 of our Super Carriers, killing 5k to 10k sailors, would demoralize the US into surrendering the South China Sea.

Let’s be completely honest here. A US-China war would never be an ground based war. The guy is right saying that it would demoralize the US because there’s nothing the US can do to keep that region “global”.

It’s funny honestly, because a ground-based war would be the best way to show the Chinese weaknesses: Most of their infantry would be simply fodder. As long as it’s an inteligence war, based on missiles and naval combat, they’ll always have the upper hand.

It’s also funny because no matter how outspoken the guy is, he’s also smart. The US would never get into a war with China, nor would the opposite happen. The war is already being waged economically, and these speeches are demoralizing enough when the european and US based forces realize they can’t answer in kind because they simply can’t walk that walk.

Btw, don’t be surprised if he just delivers everything into chinese/russian hands.

It’s funny honestly, because a ground-based war would be the best way to show the Chinese weaknesses: Most of their infantry would be simply fodder.

Which is one of the issues their “Made in China 2025” plan strives to fix: turning China into a technology behemoth, capable of matching or even surpassing anything the US can develop, would fix the military technology gap regardless of anything the US could do to slow or stop the transfer of sensitive tech.

Which, mind, is kinda scary. China would not only have the largest military in sheer number of combatants (which China does have today), but also have the edge when it comes to tech. And China does have a strong technological prowess to build upon, as seen by how they managed to land a probe on the far side of the moon, a feat no other country managed before.

I wonder. I still think they have TOO many soldiers to make even half of those competently trained and equipped.

I can agree that China, given time, can be a power capable of terraforming the entire asian continent into a huge open battlefield, but i’m still of the belief they’ll have some kind of law like Brazil has, where in case of a war, every able citizen is OBLIGATED to serve.