There’s always a point when you’re playing a new game that things become comfortable. A lot of folks tend to refer to that as an end of a honeymoon, but I kind of dislike the negative context associated with that. What I’m referring to is the point where you’re still enjoying yourself all the same but the striking “newness” (for lack of a better word) has become just a regular part of your expected experience.

This is precisely where I’ve now fallen with Chimeraland. Not really out of love of the game, but more that I’ve kind of gotten used to its weirdness. 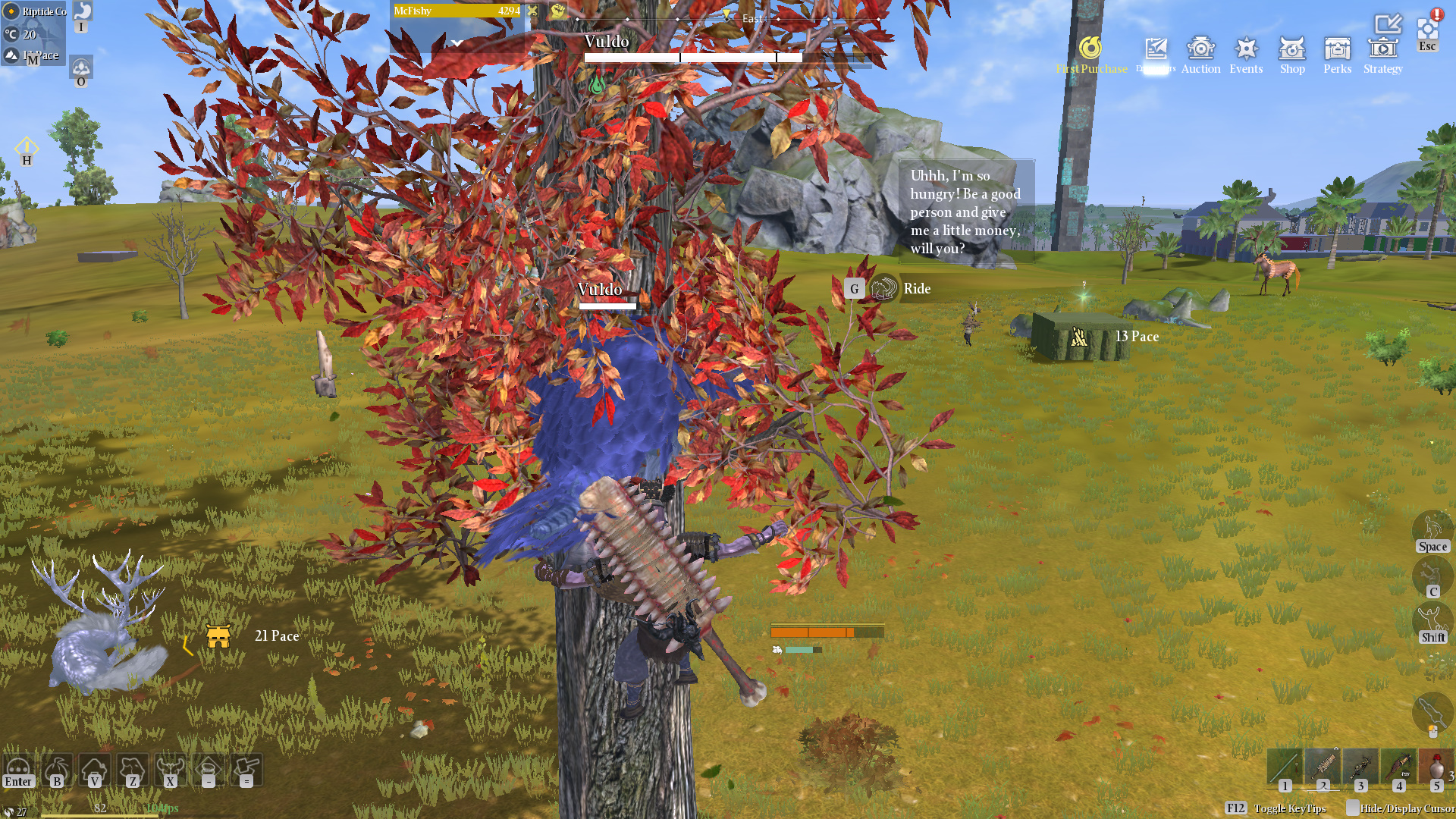 Sure, it’s still got some weird going on, like for example the fact that it’s added in dinosaurs in the most recent patch. And the whole thing still has some goofball moments to be had at the same time, such as my discovery this week that I could fling my Chonkhonk into trees to knock them down. Doing so didn’t yield me any resources, I should mention, and my fluffy round friend did fall over and knock me off of his back in the process, but it was still one of those things that just seems to be very distinctly… well, distinctly Chimeraland.

That said, a lot of my time was otherwise spent following the command of the polls, which in turn told me to follow the command of the Spirit Orb Lady. That was where I first started following a routine, as most of the quests I was being given followed an expected tutorial progression path, which would then be halted by a kill 10 rats-style quest and then a few minutes of silence as it told me to “explore freely” while otherwise aiming me toward some level-relevant in-game guides.

I also started to notice that my movements were pretty routine as well. I began getting familiar with where my house was placed and the local environment, learning where materials that I needed or wanted were located even without the help of the materials tracker feature. I was, effectively, getting to the survivalbox point where I began recognizing what plants and rocks yielded what materials. 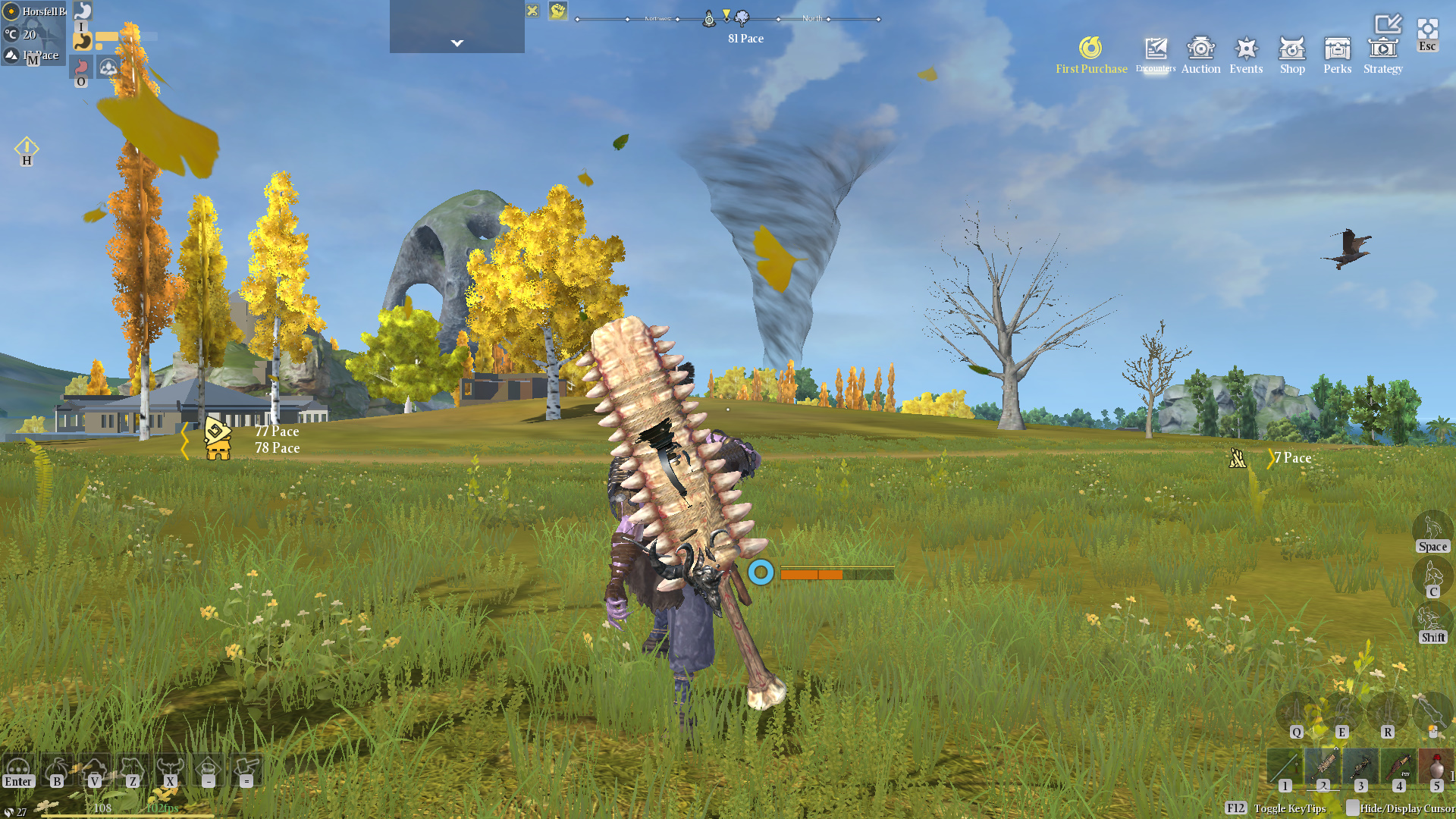 At the level I’m currently sitting at, I’m beginning to run in to a fair number of time gates to my progression and leveling. For example, some of the features or items that I would like or need to start moving into the later tiers of progression for Chonkhonk now take longer to be activated in my Spirit Orb. The materials to make some of these items is getting a bit more complex. And more tellingly, the XP earnings – even those I receive from Spirit Orb Lady – feel a bit slowed down and less potent.

Sure, I could probably eat some of the free boosting items I have in order to charge forward, but most of my time in Chimeraland has been primarily focused on making my own way up the ladder without the aid of handouts, free boosts, or even pay-for-convenience items. The idea was to make things as “pure” as possible for this column, but now that I’m at the wrap-up point for this month, maybe I will eat all of those cookies.

But that kind of assumes I’ll be firing this one up after this project is wrapped up. 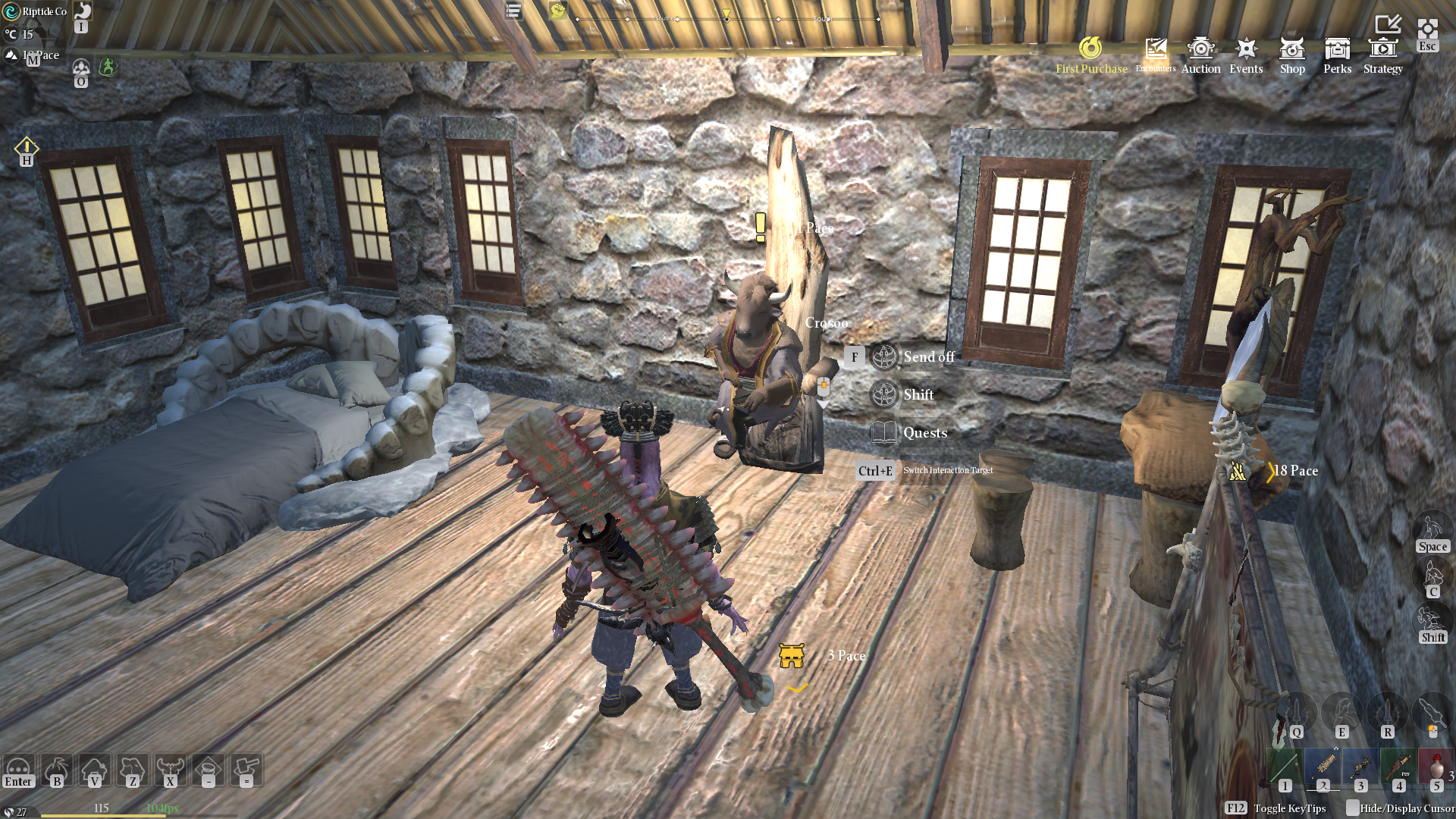 Let’s not get it too twisted: Chimeraland is a survivalbox. It’s not quite as survival-heavy (read: contrivance-laden) as others of the sub-genre, but there are definitely pieces of the gameplay that felt familiar to me. By now it’s no secret to regular readers that I just do not enjoy survival sandboxes very much, save for an extremely limited number of examples, and while Chimeraland certainly falls into my personal “survivalbox that’s not trash” file, it’s also not really becoming a game that I care too much to come back to as often as it probably would like me to.

Now that Chimeraland is just normal to me and not terribly weird or random feeling, I’m beginning to see the bones of its overall gameplay. The survival sandbox bones. The tiers of item progress, crafting station progress, unlocking of trees, etc. It is all robust, but I also am having a hard time shaking the feeling that I’ve basically done this all before.

Finally, there are some never-ending quibbles I have with Chimeraland that are ultimately leading me to just simply uninstall it and move along. The game continues to be one of the worst optimized PC games I’ve ever had the misfortune of playing, there are still too many weird localization things that make the game feel unpolished, and there’s a sense that there’s less and less incentive for me to push ahead and level things up. I guess I’m just not being surprised anymore.

Of course, I start thinking like that and then I accidentally stumble across a feature that lets me make Chonkhonk bigger, rounder, fluffier, and more pink than ever before. So maybe there are still some surprises in store for me. 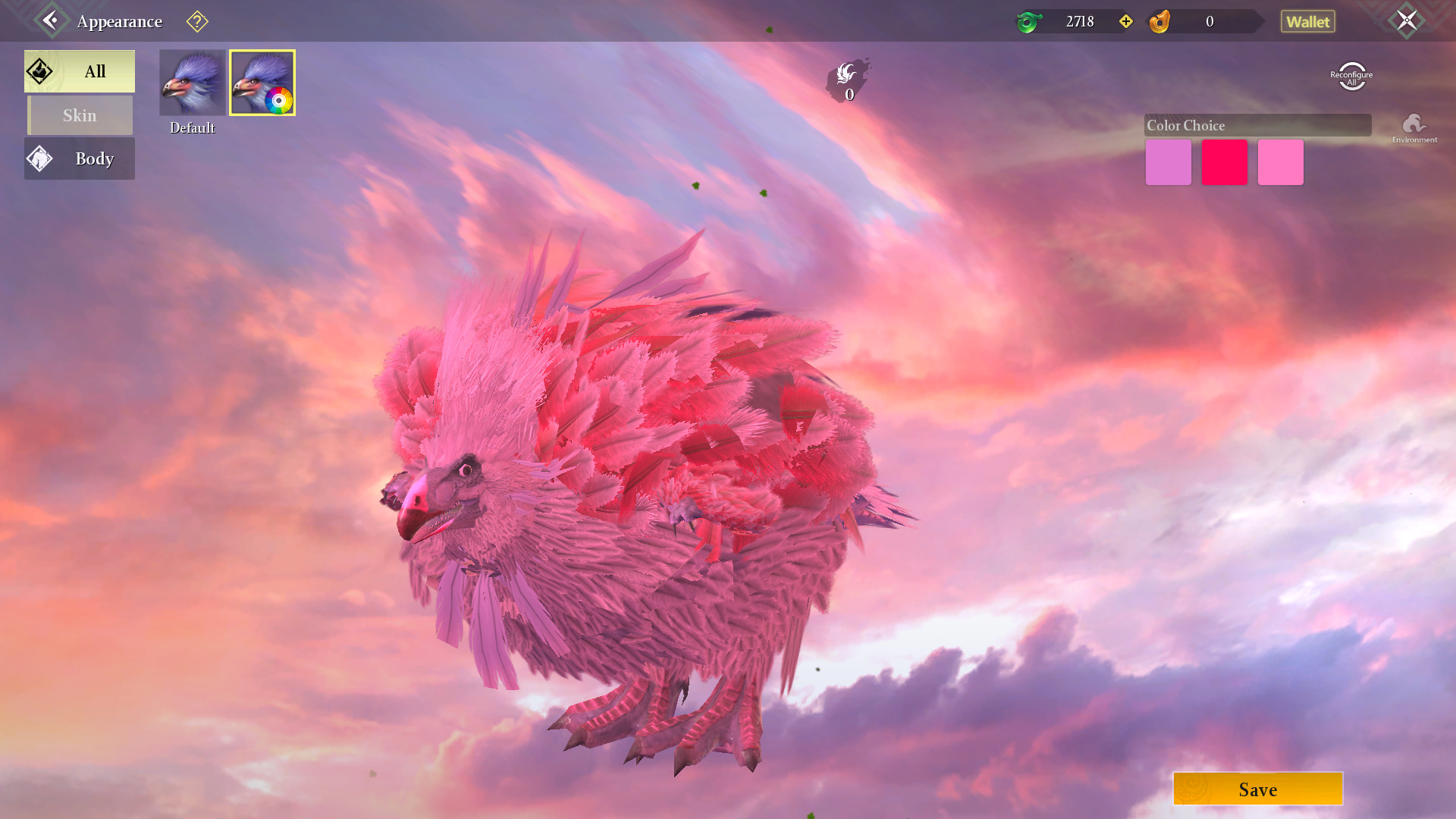 Even in spite of these feelings, Chimeraland is not a bad game. It’s just hard to know if it has a lot of legs to it. It reminds me of the game Riders of Icarus where the big hook was the ability to tame nearly every animal in the wild, which was a neat feature but also wasn’t enough to lift it above every other themepark MMORPG I had played up to that point. In Chimeraland’s case, the overall strangeness and feature set it has still isn’t quite enough to make me ignore its survival game foundation.

Still, I do have to admit to a bit of curiosity. So who knows. Maybe it will stay on my drive for that little bit longer…

You know what? Let’s give this game one more go before we go on. One last poll question for our time in Chimeraland before we officially head into September’s winner. I believe I am sitting on quite a large number of boost items that might be able to help me spring forward in levels, so let’s make that this week’s poll: Do we eat the boosts and try to jumpstart to higher tier things, or should we just simply move along with the rest of our lives?

To boost or not to boost? 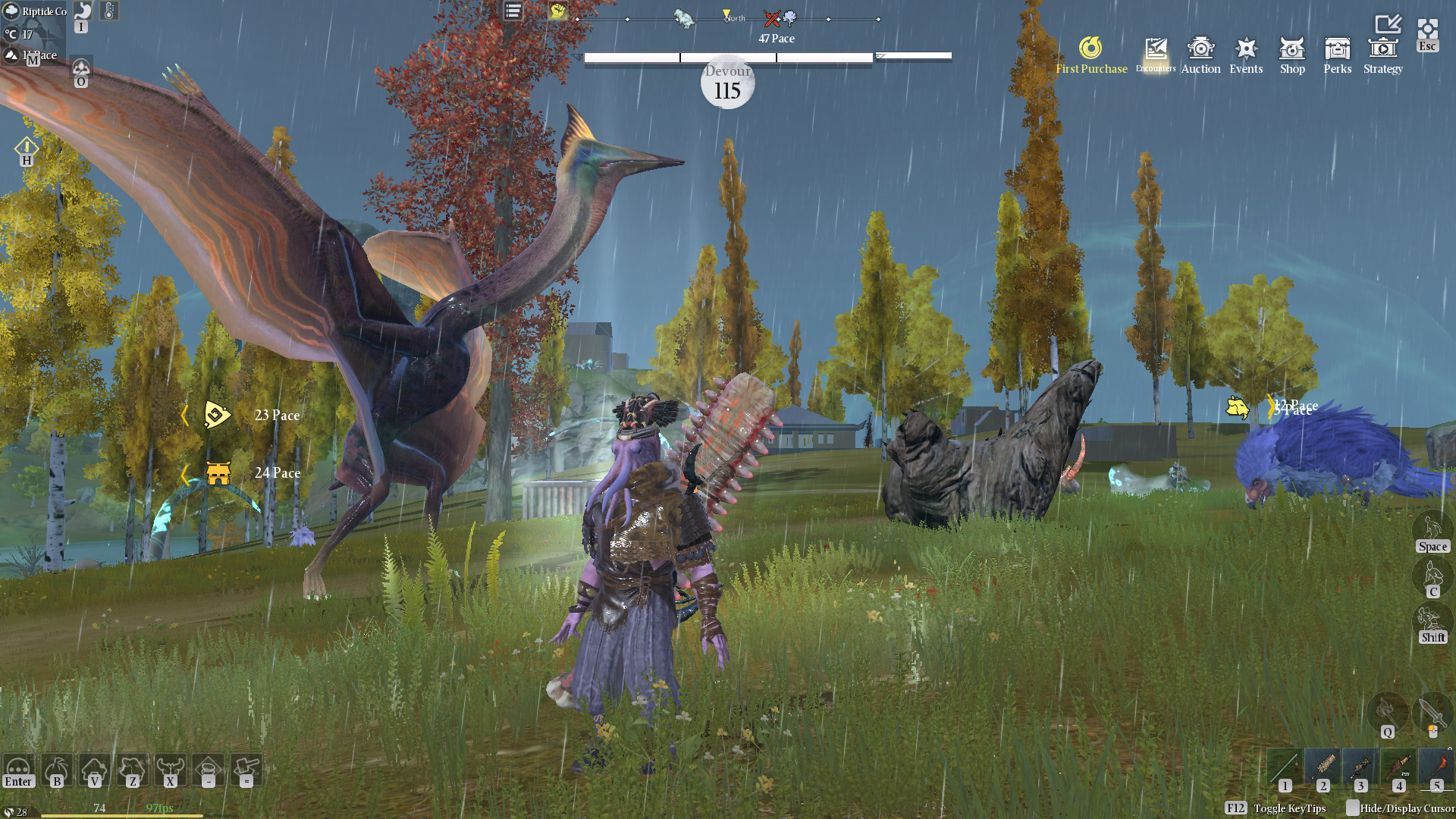 As usual, polling will close up at 1:00 p.m. EDT this coming Friday, August 26th. Let’s see if perhaps some time away (and the poll’s choices) will rejuvenate things a bit, shall we?