The tale of submarines in World of Warships is a long and twisted affair. According to Wargaming Publishing Director for Americas Artur Plociennik, players started asking about the addition “immediately after [the studio] released the game,” which was 2015. Even so, it wasn’t until a Halloween event in late 2018 that subs made their first appearance and received a commitment for further development and eventual live release.

END_OF_DOCUMENT_TOKEN_TO_BE_REPLACED

Now, after several testing iterations, submarines have officially surfaced in World of Warships.

With today’s update 0.11.9, the new ship class is available in early access for the United States and German navies, with tech trees from other nations planned. While the main gimmick of the sub is the ability to submerge and disappear, other tools are also available, such as homing torpedoes and consumables that allow submarines to locate ships and other subs while submerged. 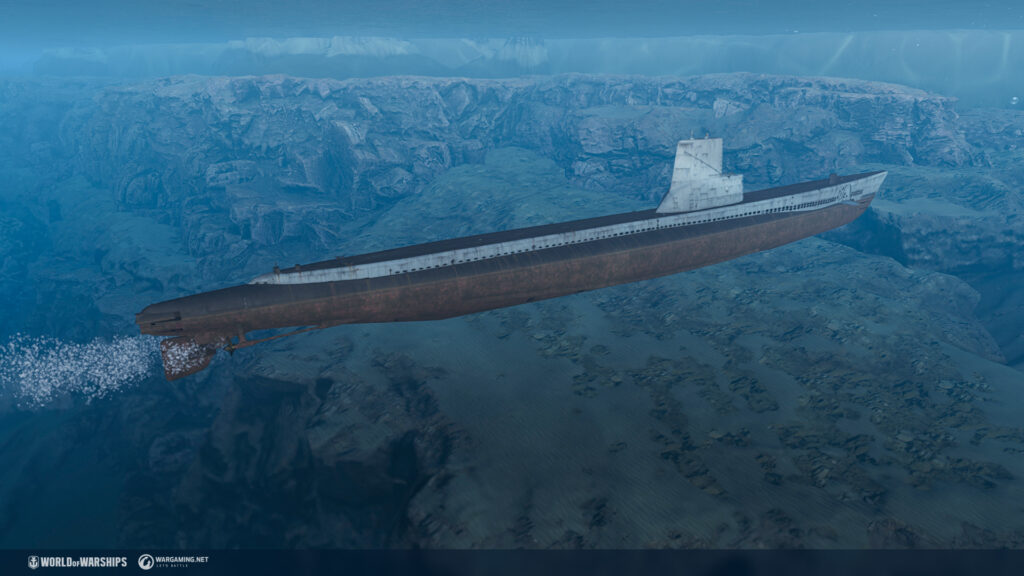 While it may seem that submarines are duplicating the role of destroyers in the game (spotting enemy ships without being spotted themselves), a key differentiator mentioned by Plociennik at a press event held earlier this week is the “ability [for the class] to move around the map somewhat uncontested and […] attempt to dislodge ships that have taken up advantageous positions.”

Throughout the testing phases, players apparently seemed fragmented about the addition. While some are excited for a new class, an equal and vocal number are unhappy with the depth-charge counter-play mechanic and the difficulty of deploying it against an invisible vessel. Still others feel that the element of chaos introduced by submarines disrupts the overall strategic balance in a title once referred to as “the thinking man’s action game.” 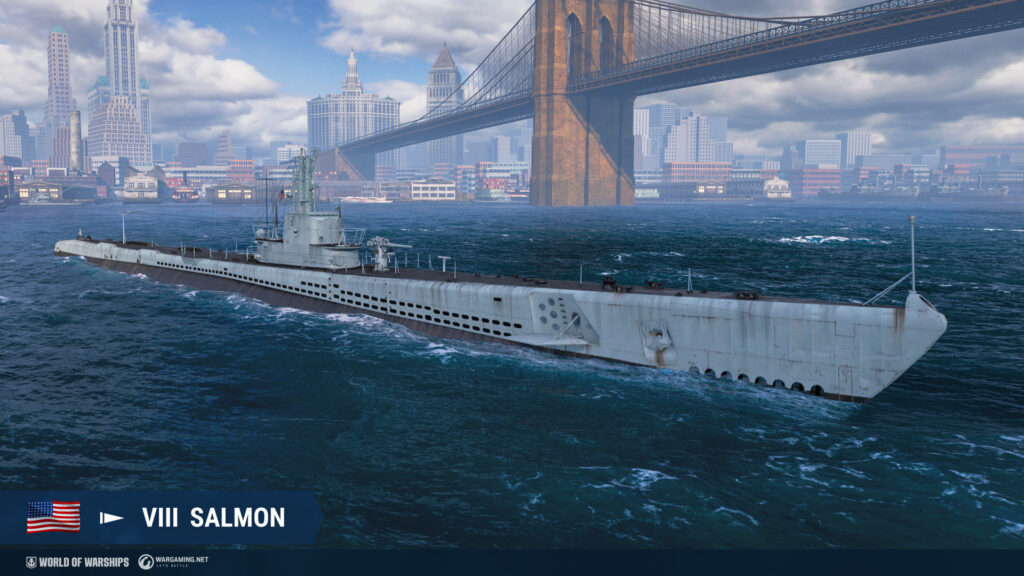 Regardless, Wargaming is confident that submarines are ready for prime-time, and the studio cites the many years of development testing as the reason. As Plociennik put it, the company wanted “to make sure that [it has] the least amount of negative impact on the game while making most players happy with the [submarine] interaction [that took such a long] amount of time [and] ensure that [Wargaming has] the most successful launch to a big part of the game as possible.”

AUSTIN, TEXAS (October 6, 2022) – Wargaming, publisher and developer of the naval multiplayer free-to-play game World of Warships, is welcoming autumn and alongside it, a shipment of new content from Update 0.11.9. The headline addition is the launch of submarines from the United States and Germany into Early Access. Players will also see a number of Operations and a temporary battle type made available in anticipation of Halloween, alongside tweaks to Commanders and large-scale testing for cross-server matchmaking.

Sink deeper with submarines – Submarines have finally arrived in Early Access, a highly anticipated, brand new playable ship class. Operating mostly underwater, these deadly ships feature torpedoes as their primary weapons. Thanks to its armament and stealth, they are effective against all classes of ships, but are vulnerable when detected. As a part of this Early Access launch, two consecutive sets of German and American submarines from Tier VI and VIII will be available in The Armory. To get acquainted with these deft vessels, a new Operation “Wolf Pack” will take place, running across the duration of the update. Teams of seven will be tasked with hunting for convoys, lurking below the surface and navigating past outposts to destroy these transports before they reach their destination.

Halloween battles ensue – In the lead up to Halloween at the end of the month, Operations “Saving Transylvania” and “Sunray in the Darkness” will be available in World of Warships. In addition, the “Twilight Battle” temporary battle type makes a return from its first appearance in 2018 just in time for the spooky season. Entering the game two weeks after the launch of this update, two teams of seven clash against each other on the map from Operation “Sunray in the Darkness”. Tasked with destroying the enemy team, the ships will have to navigate through an increasingly smaller safe zone, as Filth gradually takes over the water.

Fresh features for Fall – Alongside the major addition of submarines and festive flair for Halloween, Update 0.11.9 sees a number of changes to Commanders and cross-server matchmaking. Several Commander talents, skills and upgrades have seen improvements across the board, updated to provide a better overall balance and offer greater flexibility. The Commander Skills interface also sees improvements, allowing players to view available Commanders from all nations, regardless of whether they have a ship from the same nation in the Reserve. To top it off, the World of Warships team is also testing cross-server matchmaking technology. With plans for large-scale testing with players across NA, EU and APAC servers, this test could mark the beginning of cross-server play for several tiers, modes and battle types in the future.

British battleships make their way into the Tech Tree – Arriving from Early Access, eight British battleships introduced in the last two updates are now available for research in the Tech Tree. Amongst them are the iconic Renown and Indefatigable. Those swift ships feature accurate guns and torpedoes on board, as well as different consumables across the range of Tier V-X ships, including “Engine Boost”, “Defensive AA fire” and “Specialized Repair Teams”.

Armory and Dockyard – The fast Tier X Spanish destroyer Álvaro de Bazán, accompanied by eight 135-mm main battery guns and two four-tube torpedo tubes, also makes its way into the Armory with its alternative firing mode. Update 0.11.8 sees the continuation of the construction of American cruiser Puerto Rico, which will be available to players until the beginning of update 0.11.10. The building process also rewards players who reach stage 25 out of 40 with Canadian destroyer Huron.