Don’t be too mad at Star Wars: Battlefront II. It’s a symptom of a problem, not the cause. I mean, be mad at people dumb enough to put the blame for negative reactions on the press, that’s just plain stupid. But at the heart of the matter is a problem that’s actually choking through game development all the way down the line.

Because while people are talking about “well, maybe games need to cost more” (and that aforementioned none-too-wise comment of an analyst does precisely that), the reality is that this would still be happening no matter what. The problem is not a matter of Battlefront II costing too little money to pay for its development. The problem is that design and budgets are broken, the market is a mess, and microtransactions are being used as a bludgeon instead of a tool.

And all of this is exacerbated by the fact that every single publisher wants to pretend that everything is peachy.

One of the things that I’ve long been an advocate for is the idea that publishers exist to make money. On the face of it, this is a good thing, because you cannot make a game funded by pixie giggles and unicorn farts. You need someone whose only interest in the game is the money side of things, because that’s how you make enough money to continue making games.

The problem, of course, is when the publishing side of things realizes that there are ways to break the system to make more money off of nothing. Everything I discussed in my Overthinking response last week is still true – games cost more and more to make and have longer and longer tails in terms of support – but the problem is not simply that these facros combine to mean that games are now money losers. The problem is that when you then inflate the marketing cost, the profit margin starts to diminish.

It doesn’t help when the upper management wants to make the game ever bigger and ever more expensive. And the programmers and art staff don’t wind up seeing much, if anything, from these incresed profit margins, still being subjected to an awful volume of crunch time and demanding workloads with ever-growing headcounts.

The thing is, trying to get some extra money out of these games is not inherently a bad thing. There’s a great piece from Ask A Game Dev about why DLC exists, and it’s a wonderful thing to read because it shines a light on the reality of design and content. Games are expensive, and DLC means that you can, in theory, add stuff to the game that had to be cut from the default retail release due to time and circumstance.

But what we’re talking about here isn’t DLC. It’s a feature of the game that had numbers tweaked to essentially hold part of the designed game as a hostage. Battlefront II is a symptom of the whole mess. There’s no actual way to prevent a game from advertising something and then requiring you to pay to access it after you’ve already paid for the game. And if this already didn’t seem fun enough, it’s worth pointing out that there’s an entire segment of the enthusiast press that has actually made this worse by referring to any DLC as a blatant cash grab. 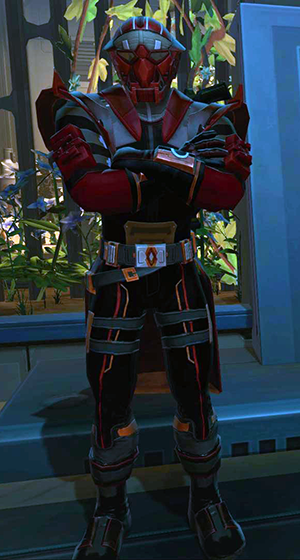 A blatant cash grab, for the record, looks like Battlefront II. It looks like the game selling you something as part of the game and then forcing you to wait forever to get it… or letting you pay money right out of the gate to bypass it. It’s a gross example of trying to abuse that long tail of games to force players into a situation where you have to pay more money to get something you were told you get as part of the entry price.

Gamers, as an aggregate, are a bit guilty of not understanding how the sausage is made. But in this particular analogy, the sausage factory has roving death squads preventing anyone from seeing that the sausage is being made at all, much less the process.

This, then, is why the system is just plain broken at this point. We’re unwilling to pay more for games than we already do, in many cases preferring “not paying anything” as an entry price. Publishers, meanwhile, are willing to keep inflating budgets for things like marketing and graphics, and when that eats into profit it can eat right into the game. And the people making these games aren’t seeing any benefit from all of these increases; salaries aren’t going up except for the people at the top end.

Someone was bound to go this route eventually. It just happened now with a game that the publisher thought was immune to being spot-checked for these decisions, because at face value Star Wars: Battlefront II should be an enormous hit. What’s damaging it is entirely the fact that it has a set of predatory decisions made to make sure that players have to buy the game, then buy more of the game or crawl along. It’s a downright nasty free-to-play model in a game that is not, in fact, free-to-play.

(If it were, this would be a very different discussion. The business model still wouldn’t be very good, but it would have the excuse of asking you nothing up-front. But I digress.)

And none of this is new this year. We already saw titles early in the year experiment with lockboxes in single-player AAA games. As we’ve accepted the mechanic in various online titles, it’s becoming more and more palatable to add the mechanic to games where it really doesn’t belong, where there’s no online component or shared world to justify a constant rolling income.

This is just where the stupid stars aligned in the right place. And it’s the point where I would think, as a publisher, it’s time to take a step back and look at the Pyrrhic victories bringing you to this point. If you exhaust your market, you go down to making zero dollars an hour, and while the prices of games haven’t risen as fast as the price of making them, a lot of that is due to the non-stop race to add in the newest and greatest graphical flair to a title when it really doesn’t need it.

Cash shops are not the enemy, DLC is not the enemy, and even lockboxes aren’t the enemy. It’s entirely possible to implement lockboxes in such a way that they’re welcome; Overwatch and Hearthstone are both fine examples here. For all the issues I have with those games, they make a strong effort to let players feel like you pay a bit for convenience rather than need, and there’s at least the appearance of developers trying hard to make sure that each purchase feels worthwhile even if you don’t get what you want.

So what can we do, on our end? I think there is something we can do, and ironically, it involves not looking at the price tag at all. It involves looking at time.

At the end of the day, what makes the model of Battlefront II so nasty and predatory is that there is, theoretically, a way to earn this stuff in-game… at a miserably slow and laborious pace. If you buy the game on the basis of “I can play as Darth Vader” and then have to spend a couple of months earning your way to playing as Darth Vader, you are essentially having the game you want held hostage. Even if the rest of the game is fun, it’s tainted by the fact that the thing you want is so painfully, unpleasantly slow along the way.

By contrast, if you’re having fun in Overwatch and really want a specific skin for D. Va, you’re still going to be having fun with D. Va until you get it. If you really want to try a specific character in League of Legends, you can wait for them to come around to the free rotation. And if you really want a specific card in Hearthstone, you will eventually be able to craft that card by getting random packs; it’s cheaper and faster to just get it right away, but every pack is a step toward your goal just the same.

One of the bits of advice Kurt Vonnegut offered about writing was that a story should use the time of a complete stranger in such a way that it does not feel wasted. The same is true of games.

If you had to play an hour of Battlefront II a night for a couple of days to unlock Darth Vader reliably, it’d be a mild irritation at best; you couldn’t just jump in and start at the top, but you wouldn’t feel like it was being held hostage. That is a sense of pride and accomplishment. Finishing out my “Commander of Argus” achievement in World of Warcraft gave me a sense of pride and accomplishment, because it took time but also felt rewarding and fun along the way. It wasn’t just a matter of tediously grinding for hours every day and knowing that money would just finish it.

At the end of the day, yes, we’re going to have to accept that games cost money and sometimes the things you really want cost money for various reasons. Developers need to eat and all that. But we don’t need to accept that part of the price we pay is “don’t have fun until you pay up,” and we don’t need to prop up tentpole releases with the expectation that they’ll sell even with nasty, abusive practices.