As I type this, Massively Overpowered’s Kickstarter campaign sits comfortably at $54,323. We hit our initial $50k funding goal in roughly 48 hours. We’re on pace to smash through our $75k stretch goal before the month ends. Thanks to the miracle of crowdfunding, the Massively team and I get to keep doing what we love to do instead of spending the next few weeks explaining to potential employers what an “MMO” is and why we had to write about it.

This has been an incredible experience. I’m absolutely humbled by our community and am infinitely grateful for its support. As I said in my backer update earlier this week, I’m completely out of ways to say “thank you.”

However, my overall feelings on crowdfunding remain the same. It’s slimy, dangerous, and a borderline scam.

Paid betas are a scam. Early Access is a scam. And every crowdfunding project has the potential to become a scam. Backing a project on Kickstarter isn’t a financial investment. It’s a bet. You’re betting that the people behind the project won’t take your money and run. You’re betting that they won’t mismanage funds to the point of imminent collapse. In the simplest terms, you’re betting that a group of strangers will keep the promises they make. 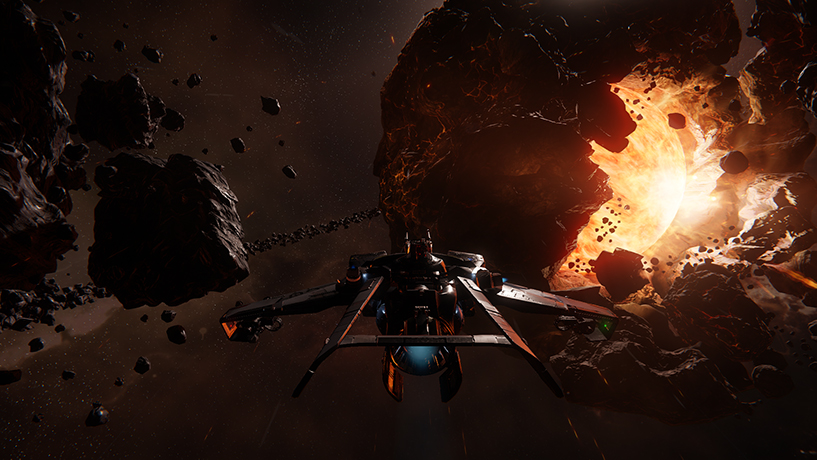 You get exactly no guaranteed return for participating in a crowdfunded project. Game creators like to sell the idea that you’re “participating” in the development of a title. You’re not. Or maybe you are, but there’s no reason you should have to pay an entry fee for the privilege. Alpha and beta forums have existed for decades — only recently have they become gated communities where the only thing participants have in common is a willingness to open their wallets.

Crowdfunding isn’t a bad concept. It’s an incredible concept. “Hey, did you guys want this thing? Hand us some money and we’ll make it real!” There’s never been a closer connection between the consumer and the creator. But creators as a whole are hit or miss. Some creators have poor money management skills. Some creators have dreams beyond their means. And some creators just have dollar signs in their eyes and see passionate communities as easy marks.

MassivelyOP’s Kickstarter has been a tremendous success.There are two core reasons I think we’ve seen this outcome:

Community: Our backers aren’t hoping for a specific feature list. Our campaign wasn’t made or broken on a new site layout, a better commenting system, or a wider selection of covered games. Instead, our backers are acting to preserve an existing community. MassivelyOP’s supporters want a safe place to hang out and talk about MMOs run by people who actually give a shit, and we’ve spent years curating that space and making it real.

Continuity: Our backers know what they’re getting. We’re an easy project to back (or not back). MassivelyOP’s campaign doesn’t promise a laundry list of new things. All it says is, “Hey, if you already like what we do, help us keep doing it.” Our backers know us, they know our work, and they can make an informed decision as to whether we are worth their money.

“Informed decision” is the most important part of this whole discussion, and it’s the part that’s most often missing with other crowdfunded projects. In the majority of games-related crowdfunding efforts, it is nearly impossible to make a truly informed decision. You can make assumptions based on a team’s pedigree, sure. You can read about plans for a game and decide if you like those plans, absolutely. But what you can’t do is sit down with the finished product and decide directly whether it’s worth the money you’re about to sink into it.

Speaking personally, I often get the impression creators of crowdfunded projects don’t respect their backers. I think they see backer tiers and rewards as hooks for creating more money, not as promises that need to be kept. Crowdfunding has become an easy path for finding an initial investment without the accountability that normally comes with it, and game developers can and will continue to abuse this path. Even those creators who seem to be doing things right are still under scrutiny; thanks to long development arcs, backers are still waiting for final products from Mark Jacobs (Camelot Unchained), Richard Garriott and Starr Long (Shroud of the Avatar), Chris Roberts (Star Citizen), and Missing Worlds Media (City of Titans), just to name a few.

Money in the bank

Massively Overpowered is now moving toward the same “put up or shut up” phase. Luckily, building a website isn’t nearly as complicated as building an open-world sandbox or a lobby-based shooter. Our backers already know what they can expect from us, and they’ll have clear examples of where the site is headed even before our Kickstarter campaign concludes. That scenario is fairly rare in games-based crowdfunding campaigns.

I’m glad crowdfunding exists. It saved my job. It has given us some incredible things to play and some compelling projects to watch. But I implore you: Be careful. Stay wary. Don’t believe the hype. Back the projects you truly believe in, spend only money you can afford to lose, and never accept a t-shirt or a poster instead of a functional playable game.

Crowdfunding is a tool, not an outcome. Make sure you trust the person who wields it.

Like most folks, I see pros and cons (no puns) of crowdfunding, but I do think it’s a poor development scheduling pattern. At the extreme end you have Star Citizen (which I backed in my small way) which could have released a functional game by now and continued to iterate on it. Instead it is mired in stretch goal churn and the only thing it has perfected is the sale of backer rewards. Some of those are $10,000+ in price, which frankly is just grotesque, absurd, and unhealthy to the entire model. But maybe it will take an operation like Star Citizen – either its failure or success – to provide the correct parameters for future initiatives.

In any case it’s an interesting time to participate; the stories we’ll text to our kids will be epic!

As a dev, I have a hard time getting behind kickstarted projects. There is so much work that has to go be showboated to people who aren’t real investors, and do not invest in projects as a living. Expectations run way higher, as do the emotional investment from backers. Games are tricky and making a successful one is hit or miss regardless on the quality, there are just too many moving parts that have to line up perfectly in order to be “successful”. Having the pressure of screaming kickstarter investors would just be too much pressure on top of it all for me personally. I wish anyone who has invested in or making a kickstarted game luck though, I would love to see more industry success!

I’ve Kickstarted many things, the vast majority being video games.

My Kickstarts are me putting my money where my mouth is. The mouth that’s been yelling (nigh fruitlessly) into the wind for years now: “This, this is what I want.” My pledges are my strongest way of saying what it is I want, and being heard. I am exceedingly grateful to crowdfunding for allowing me to be heard. I don’t pledge mindlessly, I have to be at least somewhat confident, but I still feel like I’m doing RIGHT by my pledges.

I am finally being heard by people who want to do the same thing(s) I’ve been yelling into the wind about.

Feydakin I was very annoyed by that line myself. I felt it undermined the credibility of the article VERY badly. It was such an extremely worded and extremely personal statement.

It doesn’t matter if it’s a scam.  It doesn’t matter if most of the time they take our money and run.  The mere fact that a dev can point and say “look people want this” has already made massive changes.  Investors aren’t really savvy enough for entertainment.  Kickstarter gives them a way to understand the market.  Possibly the guy you paid will take your money and run.  Chances are though that someone else will make your game now.

Cotic_OP That interview is SUCH a good read.

imperialpanda That’s the benefit of Massively being run by people and not a business. We all have different opinions and we’re not going to hide them just because we’re scared it might hurt our dollars.

I am a pretty big fan of kickstarter and to a lesser extent indiegogo.  I have backed close to 40 different projects, and the only ones i have ever regretted are the ones for  video games.   There is just a different level of risk involved when creating an MMO compared to making a game like cards against humanity, or even a smart watch.  My “donation” for MOP was an easy decision in part because i knew what i was going to get.

Besides I was a sponsor of “Through the Aftermath  on virgin worlds (http://www.virginworlds.com/support.php)  and that turned out OK.

The Daily Grind: Where do you stand on cutscenes in MMOs?

Magic: Legends is looking ahead to the endgame amidst another patch...

World of Warships adds the real Leroy Jenkins as a playable...

Vague Patch Notes: What we mean when we talk about MMO...