Ready to take high Asian fantasy to your home console? You’d better because NCsoft recently announced that it is working on adapting Blade and Soul to such platforms. The video game developer and publisher didn’t specify which consoles, exactly, are due to get the full Blade and Soul treatment, but during its investor call this morning, it did reveal that this version would get the same updates as the PC edition and is being made in North America. Bringing Blade and Soul to consoles is only the start of a major initiative by NCsoft to bring more MMOs to that slice of the gaming market. Blade and Soul recently announced a round of server merges while rolling out a series of high-profile patches this summer and fall.

It also saw another drop in revenue for the quarter, along with all of the company’s other MMORPGs, including Lineage and Guild Wars 2, the latter of which saw its fifth straight quarter of dropping sales, marking its worst quarter ever. NCsoft doesn’t appear to be too worried, however, as it’s now reporting its mobile games division as an IP, where it’s making up those losses in large part because of Lineage M (which is likely where a lot of those missing Lineage 1 sales went). 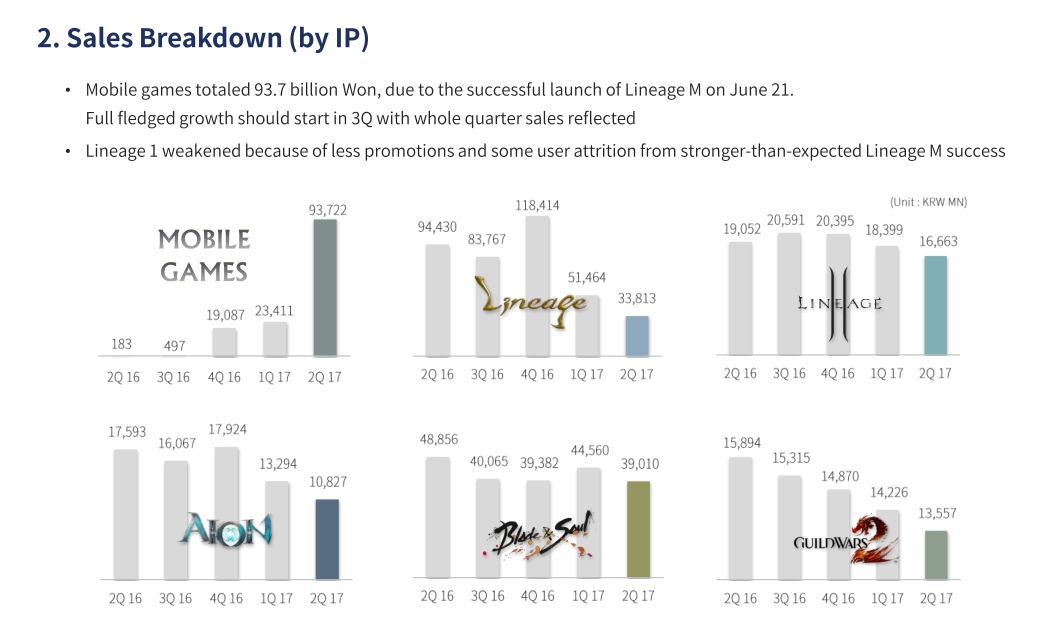 Source: NCsoft, This Is Game
Advertisement