The Overwatch League’s first season grand finals have wrapped up, and the London Spitfire has emerged as the world victor. The Spitfire shut out the Philadelphia Fusion by the end of the second match with a 3-0 win.

The event was the culmination of a much-ballyhooed first season, which took place over 40 matches this year. The grand finals took place at Barclays Center in Brooklyn, with 22,434 people attending to watch the highly competitive esport showdown take place. It was even broadcast live on ESPN, ESPN 2, Disney XD, and Twitch.

So other than bragging rights, what do the members of team Spitfire get for their win? They walked away from the grand finals with a cool million dollars lining their pockets. Don’t feel too bad for the Fusion, however, because they still got $400,000 for second place.

ESPN is reporting that Blizzard has already picked up a new team, Atlanta, for the second season. The second season slots are “expected to sell for $30 million to $60 million,” according to ESPN’s sources. (The first season was $20M a pop.)

Check out the match highlights after the break!

Hmm. I’m interested in the viewership numbers buy broadcaster. I wonder how Twitch measures up against ESPN. Could be an eye-opener.

I’m still not clear on what the revenue stream is for these matches. Does Coca Cola advertise during these games? I have never seen a 3rd party advertiser on the few matches that I have watched on Twitch.
How are they making their revenue to pay players?

Intel, HP and Toyota seemed to be very heavily featured. I remember seeing some featurettes sponsored by Sour Patch Kids too.
There is always skin purchases and of course the huge sums of dollars paid by Twitch for broadcast rights.

Not mention the product placement dollars from headphones, chairs, etc. Plus I’m quite sure ESPN paid a good bit.

Jeez, the only reward I got for outstanding play was a patch from Activision after sending them a Polaroid of my high score. Life has cheated me!

If only there could be an esports championship for Seaquest, I’d be set for life.

I was a savant when playing Astromash.
Intellivision forever! 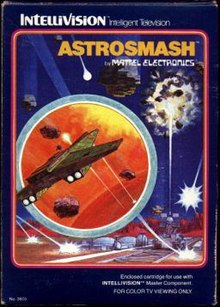 I watched this over the two days it was on. While I am not an esports person by any means I was still be amazed by the skill displayed during those matches. The split second timing on the ults and the sniper kills yeah its pretty impressive.

Also a shoutout to the production / shoutcasters of the twitch stream as they did a great job of explaining how things went down as it was not always apparent to me while it was actually happening due to the speed of events in the game.

Esports haven’t won me over but I can still praise this for being an impressive spectacle on its own merit.

Monte/Doa are one of the best shoutcasting duos easily.

I prefer Uber/Mr X from my end, but Monte/Doa are very close second.

My only hang-up is the terms ‘sport’ and ‘athlete’ applied to a bunch of kids sitting in front of a screen playing video games. My kids spend plenty of time on Minecraft, Roblox, and YouTube, but I’m not praising them for their athletic prowess. Otherwise it’s certainly entertaining. The production team did a great job the bit I watched.