If you are a fan (or fanatic) of game-related plushies, AdventureQuest 3D has something you might want to check out. It’s a Kickstarter for 12 cute and cuddly Moglin mascots. Wait, the Hero Mart already exists to sell AQ3D and AdventureQuest Wolds items, so why a Kickstarter? Artix Entertainment’s Adam “Artix” Bohn shared that with a Kickstarter, not only does the team gauge interest in the plushies, but it also can ensure that it has the exact number of which plushies customers wants instead of having a large surplus of some and a shortage of others. That said, the Moglin plushies will head to the Hero Mart for sale at a later date (if the Kickstarter is successful), though without the special exclusives and deals available on the Kickstarter.

So what are the special deals? Pledges for the Moglins start at $14.00 and go up to $99.00, and you can choose between getting one, two, a pack of the three, a pack of six, or all 12 at once. All plushies come with digital codes for the matching in-game pets in AQ3D and AQW.

For minimalists who don’t want the physical critters in their home, a $100 pledge can get just the digital goods in the games. This deal includes very special in-game exclusives in the two games: a shadow Moglin travel form (AQ3D) and a Master of Moglins battle pet class (AQW). Super collectors who want all the cuddly pets in and out of game as well as the exclusives can nab the ultimate $120.00 collection that gets it all. Beyond that tier there are pledges that will allow players to help the team design a Moglin, weapon, or complete adventure!

The Kickstarter is live, so you can check it out now — if for nothing else than to read the entertaining pitch and see these mascots come to life. If you are having trouble choosing, you have 33 days to decide! The project ends Sunday, September 16th, 2018, at 11:03 a.m. EDT. 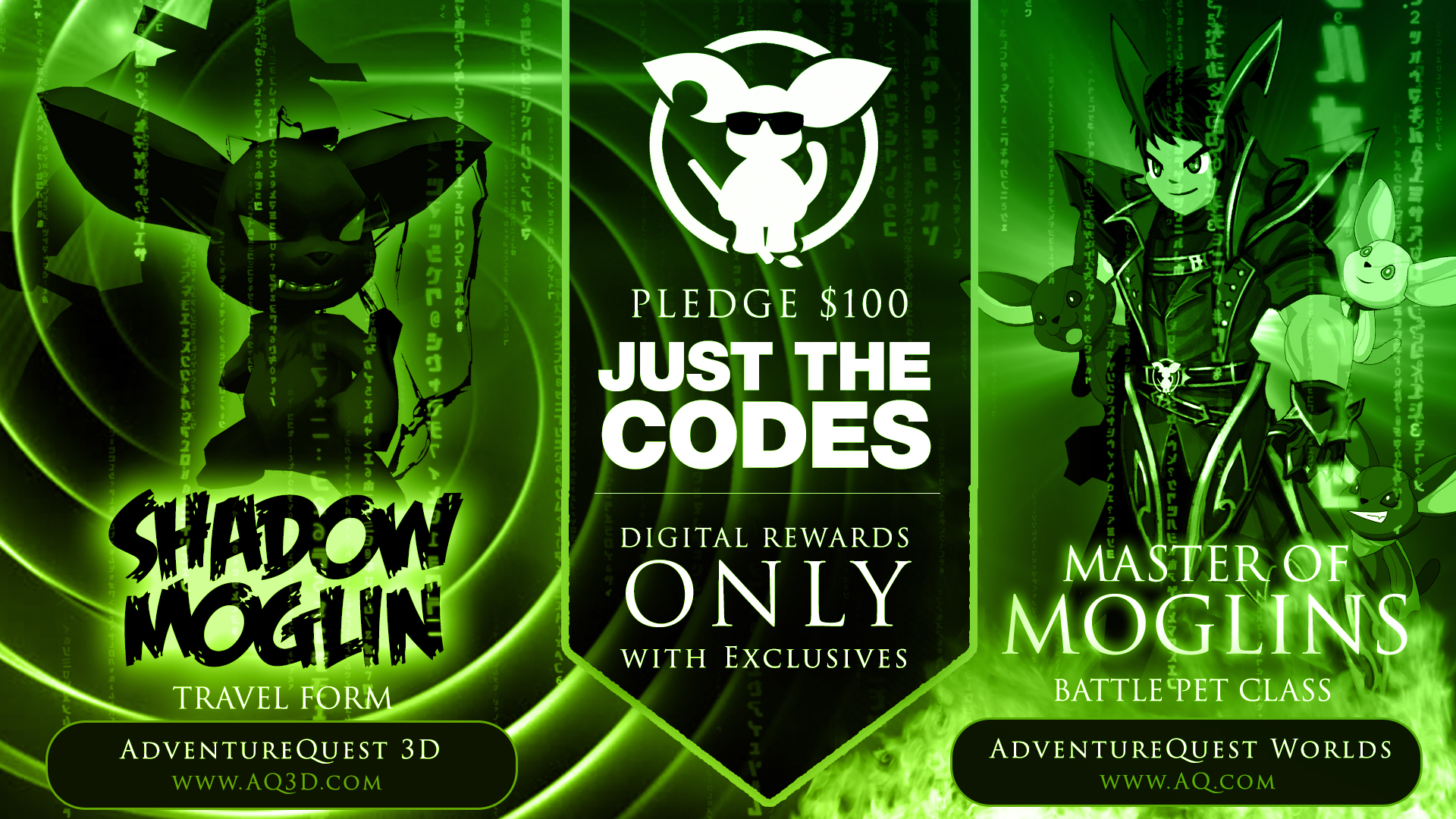 BAM! Congrats on them blasting through their goal!

I need just 2 days to see if can support this, maybe later in the campaign, glad they started in middle of the month.

I’m interested in the digital pet, but the plushie is a bonus :-)

Cannot even express how much I LOVE THESE!! Already planning my bank robbery to get the ultimate pack …

I was going to ask if you passed out when you looked at those. :P

I’ve been ooglins pics of them for a week man! Been killing me =D

When I saw this article my first thought was “RIP MJ’s wallet”. Some of those designs look like they were made just for you. I mean come on that skull one is just too adorable.

World of Warcraft fan animator releases a video that summarizes the...