What is “Redfall?” We don’t know just yet, beyond the fact that it’s a trademark filed by ZeniMax Media (the parent company of Bethesda and ZeniMax Online Studios). It may be the title of the upcoming Elder Scrolls 6 installment, though. And it’s definitely the source of a trademark battle between ZeniMax Media and author Jay Falconer, who has a series of post-apocalyptic novels under the existing title of “Redfall.”

This may seem like an irrelevant thing to file trademark claims over, but consider that it’s entirely plausible for tie-in books to be released based on the ZeniMax property, or for Falconer’s series to be adapted into a video game, and the issue is clear. Falconer, for his part, claims that he got in touch with ZeniMax Media to sort out the issue ahead of time but was met with silence, resulting in a series of legal discussions already scheduled to last through 2020. It could delay the game if it’s the title of the sixth installment of the series, but we really have no idea yet.

So what is “Redfall?” Apparently a naming headache, that’s for sure.

I have the perfect solution! Call it Redfall 76. They can sort themselves out from there.

Actually, this is awesome. Lets hope Bethesda must pay. Not long sgo, Prey of Gods came out.

Bethesda sued them due to upcoming game Prey. The other game gad to pay money, and become Praey of gods.

This would be great karma if it makes Bethesda lose money. As for the books low rank who cares. It is that guys property.

“As for the books low rank who cares. It is that guys property.” He doesn’t own the word “Redfall” in any context, the Trademark system affords him protection against use that would confuse the market or dilute his ownership, and nobody is going to think that the Elder Scrolls VI: Redfall is related to an ebook from 2016 that they’ve never heard of.

One grand in filing fees and a trademark opposition is worth a lot of PR for a book ranked in the six digits on Amazon Kindle.

Shades of the “Starfall” lawsuit with Rift. Maybe games should just avoid generic expansion names that end in “fall”.

Is this a case of having to defend the name or lose it, as was the way of it when ZeniMax challenged Mojang for using just the word Scrolls for the title of their game?

What zenimax did wasn’t a necessity in the least as they don’t have a trademark on the word scrolls. Frankly Mojang would of won, but didn’t want to waste the money on court fees.

This is interesting… As a primer, take a look at https://www.uspto.gov/page/about-trademark-infringement.

If we assume it is the title of the new ESO game. Would a consumer really be confused about what they are getting with the fantasy video game title, Elder Scrolls VI: Redfall, versus a post-apocalyptic books series titled Redfall? I’m thinking probably not… Even if there is some development of a post-apocalyptic video game called Redfall.

Are they in direct competition with each other? At the moment, not really. One platform is video game, while the other is literature. However, Falconer may be hoping for a video game adaptation… which is where the competition would arguably really begin. But, they target different audience groups, ESO VI: Redfall will likely be single player fantasy RPG. My guess on a post-apocalyptic video game Redfall would be a multiplayer FPS of some sort (utter speculation though…)

However, Falconer’s “Redfall” series was likely trademarked at or near (most likely prior) to its publication date of January 27, 2016, while Zenimax applied for a trademark of “Redfall” on or about September 10, 2018. As such, Falconer most likely has the senior claim.

I expect it’ll be settled out of court…

Update: Zenimax actually did apply for the trademark first… see Zenimax info, http://tmsearch.uspto.gov/bin/showfield?f=doc&state=4803:mzktzk.2.1, and compare to BookBreeze (likely Falconer and/or publisher), http://tmsearch.uspto.gov/bin/showfield?f=doc&state=4803:mzktzk.2.2. Of note, the Falconer info indicates first use as January 27, 2016.

Also, the goods and services descriptions are vastly different. With Falconer limiting to Audio books in the nature of novels; Downloadable fiction e-books on a variety of topics; and G & S: Series of fiction books.

Neither of those links are usable btw as both display This search session has expired. Please start a search session again by clicking on the TRADEMARK icon, if you wish to continue.

Didn’t realize there would be a search expiration. My post was from three days ago. Easy solution is for you, or anyone else, to go to here — https://www.uspto.gov/trademark — and use the “search trademark database” link. I’d re-link the results, but same expiration problem would creep up again.

Ohh I know that! I was just letting you know primarily because people can’t find the info based on what you linked. Bethesda def did file for trademark first and in a different product segment/category so it’ll be interesting to see what happens.

I don’t see them winning this. The author already had books published with that name before Zeni tried to trademark it.

Except that the guy didn’t trademark the name until 10 days AFTER zenimax already did. You are not automatically granted a trademark and if someone trademarks something in a different field than your own protection is kind of hard. You could have Bob’s Discount Furniture and Bob’s Burgers and as long as trade dress etc doesn’t look the same you’d have a hard time given they are entirely different industries and trade dress.

This guy might have a hard time unless Zenimax media publishes a book with the title redfall simply because he waited until after. Trademark isn’t like copyright where you are granted it automatically soooooooooooooo…

In light of how aggressively litigious their legal team is (remember the “Scrolls” lawsuit?), I have no problems with them being on the receiving end of what appears to be a far more credible legal complaint. Seems almost like poetic justice : P

We hardly know enough to call the lawsuit ‘credible’ ;)!

Well, on its face it seems to have a helluva lot more credibility than the “Scrolls” lawsuit at least, but you’re correct. It’ll be interesting to watch yet another Bethesda legal battle unfold.

Actually no. Scrolls was at least something in the same industry. The fact they are different industries entirely means that this is far less of a credible lawsuit, though zenimax would of lost that suit as you can’t trademark generic names only the name + trade dress that goes with it. Like someone else could make a software called windows so long as they have different trade dress and it isn’t a software and they don’t try and do microsoft or at least they are supposed to be able to. Sadly people with money abuse the system from those that can’t fight them on it.

This author though should of filed the trademark before zenimax did ultimately. The fact he did after and filed opposition shows due diligence to a degree, but they are entirely different fields so this should be interesting.

So, a friend and I were having a discussion about what’s in the name. They would not be fighting for it if it were just a “codename” or something that could easily be changed. Our conclusion is that this is a clue related to the setting of the game and the subject area: Red(guard) + (Dagger)fall, and that it could very well mean that Daggerfall has been conquered by the Redguard. So TES6 could be a revisit of TES2 and the Redguard Adventures game, set sometime after Skyrim. Alternatively, it could be the other way around: the Bretons conquer Hammerfell. 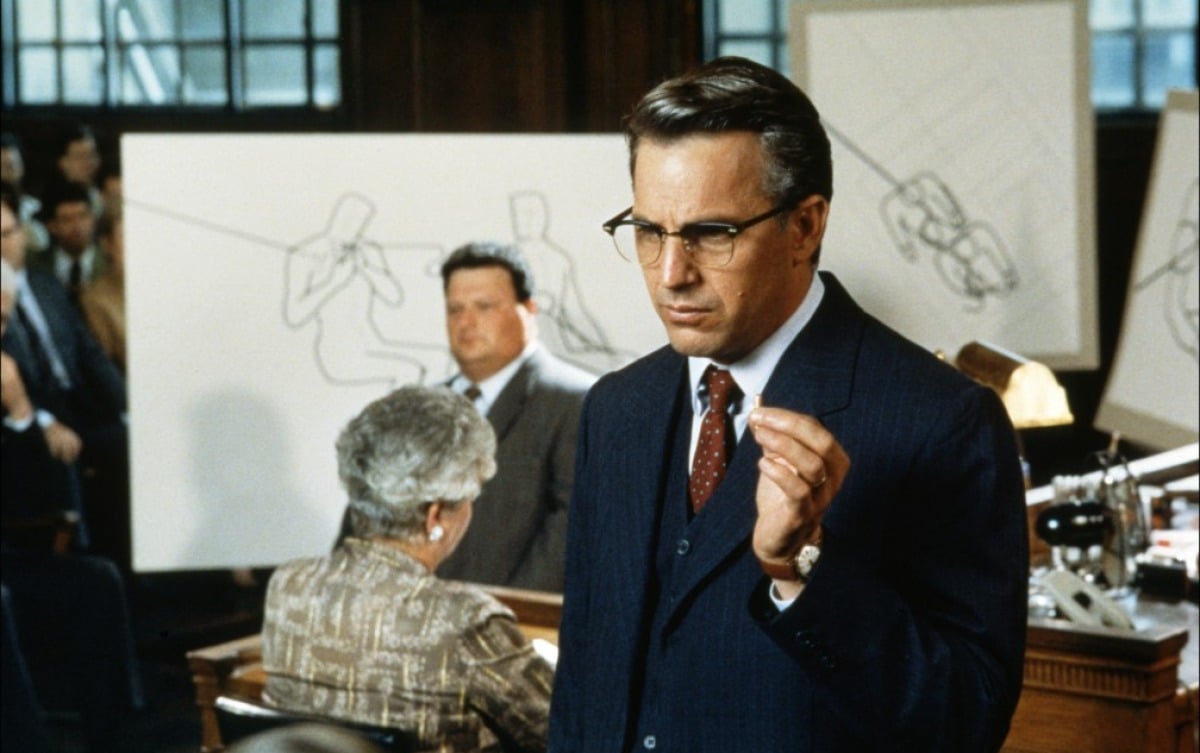 Or it simply involves both areas, with neither conquering the other.

Anyhow, TES2 was my first TES, so I’m pretty darn eager to get back to the Iliac Bay.

I think it will involve both areas, no matter what. But unless there has been something serious happening between the parties that would involve this “hybrid” name, I’m not sure why they would fight so hard to keep it. (Like, if the architecture of the story is built around a Redguard occupation of Daggerfall, or vice versa, the name would make a lot of sense. Whereas if it’s just like Skyrim, and about an area, why not call it TES6: Iiliac Legends or something?)

EDIT: Oh and TES2 was my first TES as well — VERY fond memories of spelunking in those buggy-as-hell dungeons!

I remember that crazy, crazy 3D map… and wondering who in God’s name would ever create a dungeon like that.

So, so confusing. And I loved it.

This is exactly what Eliot and I were wondering. It seems so on the nose and meh that I can’t really imagine Bethsoft using it.

More likely the resistance has fallen in Hammerfell, the High Elves are in control, you’re character becomes some Sword Singer Reborn and you lead a resistance to kick the Thalmor out to eventually break their back.

“So, everyone ok with Daggerguard then? Excellent!!”

World of Warcraft opens up the public test realm for patch...