Lineage 2: Revolution is taking its players through the looking glass and down the rabbit hole in its latest update, which, in the most bizarre crossover since PUBG’s incursion into TERA, brings the madcap world of Alice in Wonderland to Netmarble’s free-to-play mobile MMORPG. Inspired by Lewis Carroll’s classic novel, the game’s War in Wonderland update has players teaming up with Alice herself to embark on a quest to save Wonderland — not from the wicked Queen of Hearts, though, as for whatever reason the final boss of Wonderland is none other than the Cheshire Cat.

As players adventure through Wonderland, they’ll come across weird and whimsical creatures, the Queen of Heart’s card soldiers, and more of Wonderland’s odd inhabitants. Progressing through the new quests and content in Wonderland will reward players with a variety of “Alice-themed items,” including “new costumes, an all-new Mount and Agathion, and 3D Wonderland Wardrobe Tickets that allow players to try on all event costumes for a limited time.” And speaking of costumes, there are plenty to collect, and they come with powerful stat bonuses that will grant players a total of 30,000 CP.

Wonderland is accessible at level 10, but players who have reached level 35 will also gain access to the new Adena Vault, Queen’s Treasure Chest, where they can “conquer Card captains and soldiers for rewards.” And to cap it off, later on this month, players will be able to face off against special event monsters “inspired [by] the rabbits in Alice in Wonderland” and take on the new event world boss Elnagandr for special rewards. To get in on the madcap action for yourself, you can download Lineage 2: Revolution for free on the iOS App Store and Google Play. 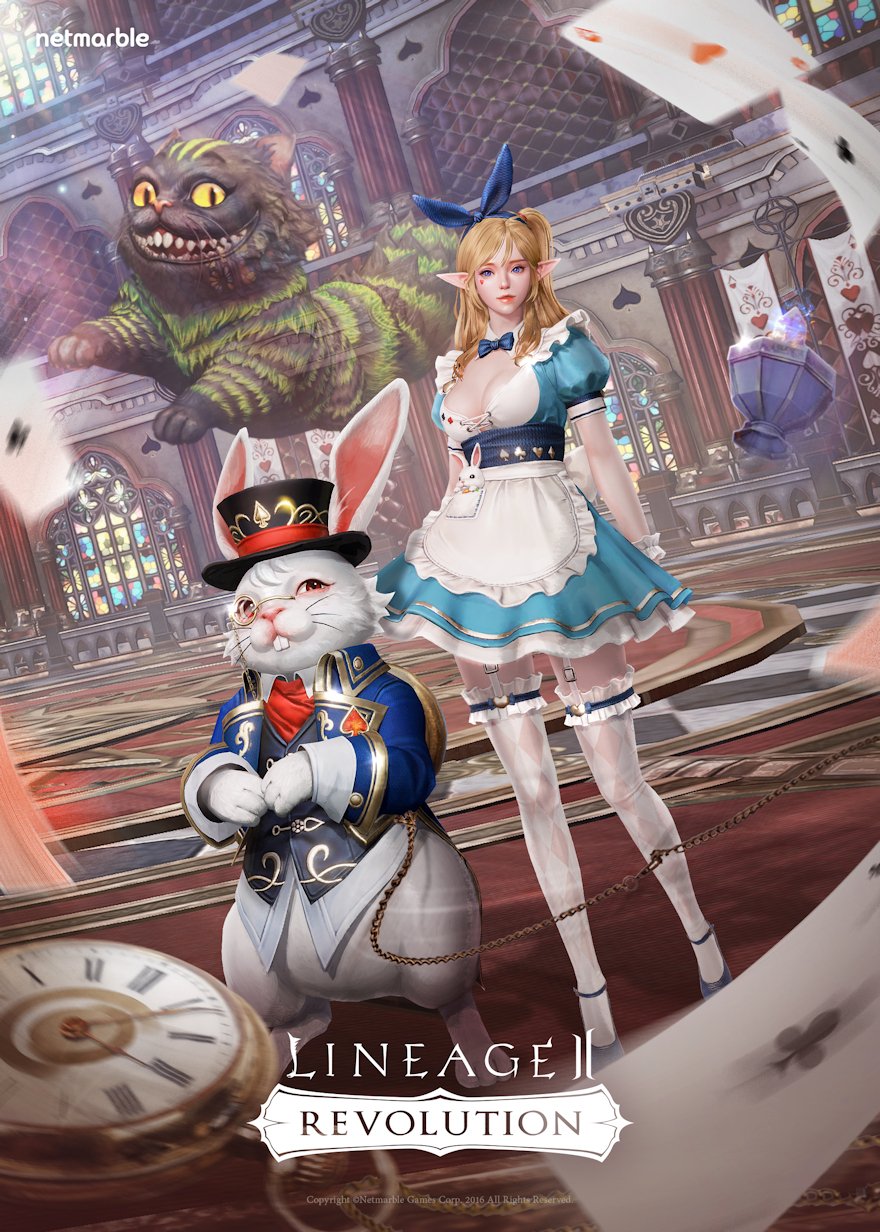 Any new or returning players can use code: PZ2UC6 for free red diamons

Torchlight III gives defense and shields a buff in the latest...

The Stream Team: Looking for SWTOR datacrons in Alderaan places

EVE Online details management of the sandbox ecosystem and explains the...