I think I may be in the minority of people who enjoy being home all day. It gives that much needed time to just recenter myself with some yoga, the time to learn how to cook, and grind my eyes out on any MMO that lets me!

END_OF_DOCUMENT_TOKEN_TO_BE_REPLACED
That makes it’s a great time to start up a new class in an old favorite too, and for me that means Black Desert. In my last article, I wrote about how I’m challenging myself to this game without spending cash on a free account I got. I’ve been doing it on one of the game’s katana-wielding classes, the Maehwa. The time I spent with it really gave me a chance to learn the class, and in the time I played her, I couldn’t help but think that it might be time to switch mains. (I probably won’t. I don’t want to hurt my tamer’s feelings. And yes I’m being serious.)

Even though classes are gender-locked, some classes have a different version of the archetype in another gender. In this case, the Maehwa is the female “blader” class, while the Musa fits the male archetype. I haven’t brushed up on my recent Korean history, but I’m going to avoid calling them the “samurai” classes since that’s such a loaded term. The class does fit the idea of a speedy swordsman with a curved blade.

The main thing the Musa and Maehwa have in common is their right click ability. It’s a gap-closer on a short cooldown and uses their stamina and willpower (like magic points for melee classes) as a resource. It’s pretty underwhelming at first, but the fully upgraded form puts the finishing touches on the Musa and Maehwa’s class identity. The dash can be used even during the cooldown at a greater stamina and WP cost. Players can just hold down their right mouse button, and as long as there’s WP and stamina, they will just keep dashing forward. Players need only hit a mob with their attacks to regenerate WP. Because of this massive boost in speed, you can move from mob to mob with ease. It’s pretty cool to watch too, with mobs dying as a blur rushes past them.

These characters also get a pretty cool skill called the tiger blade. It summons a second sword, and for a good 15 seconds, they just go around killing mobs with two swords. It’s really fun to watch, and it’s super satisfying just watching enemies as I swing wildly in front of me. I’m not going to claim I’m an expert in these classes, but the sheer coolness factor of this skill pretty much ensures that I’m keeping it in my attack rotation.

Upon awakening at level 56, they receive their awakening weapons. The Musa receives a crescent blade, while the Maehwa gets the kerispear. At this point their playstyle changes. The Maehwa’s skills mainly attack in a column or a cone shape. She also gets some pretty gnarly animation lock. Players often cite the Maewha’s awakening for excelling at 1v1 combat because of it. In the hands of a specialist, she’s a deadly foe, but for most of the population, her playstyle is probably a little jarring to use. I often find myself dashing into a mob and doing my rotation, but the entire time I have to make sure I don’t whiff any of my skills or I’ll be punished severely. She certainly has a learning curve to her, and because of that, there aren’t many Maehwa players, but those who do always express their pride in mastering them.

On the other hand, the Musa’s attacks are mainly point-blank AoE skills, and naturally, because of that AoE ability, players mainly gravitate to him. And to be honest, I do think he handles much better, the skills come out faster, and there isn’t as much animation lock. Transitioning into the crescent blade feels much more natural when compared to the Maehwa as well. This class is much more newbie-friendly, and that’s not a mark against it at all. It a very fun class to play, and those gamers who play to min-max can feel confident in picking the Musa up for the long haul. 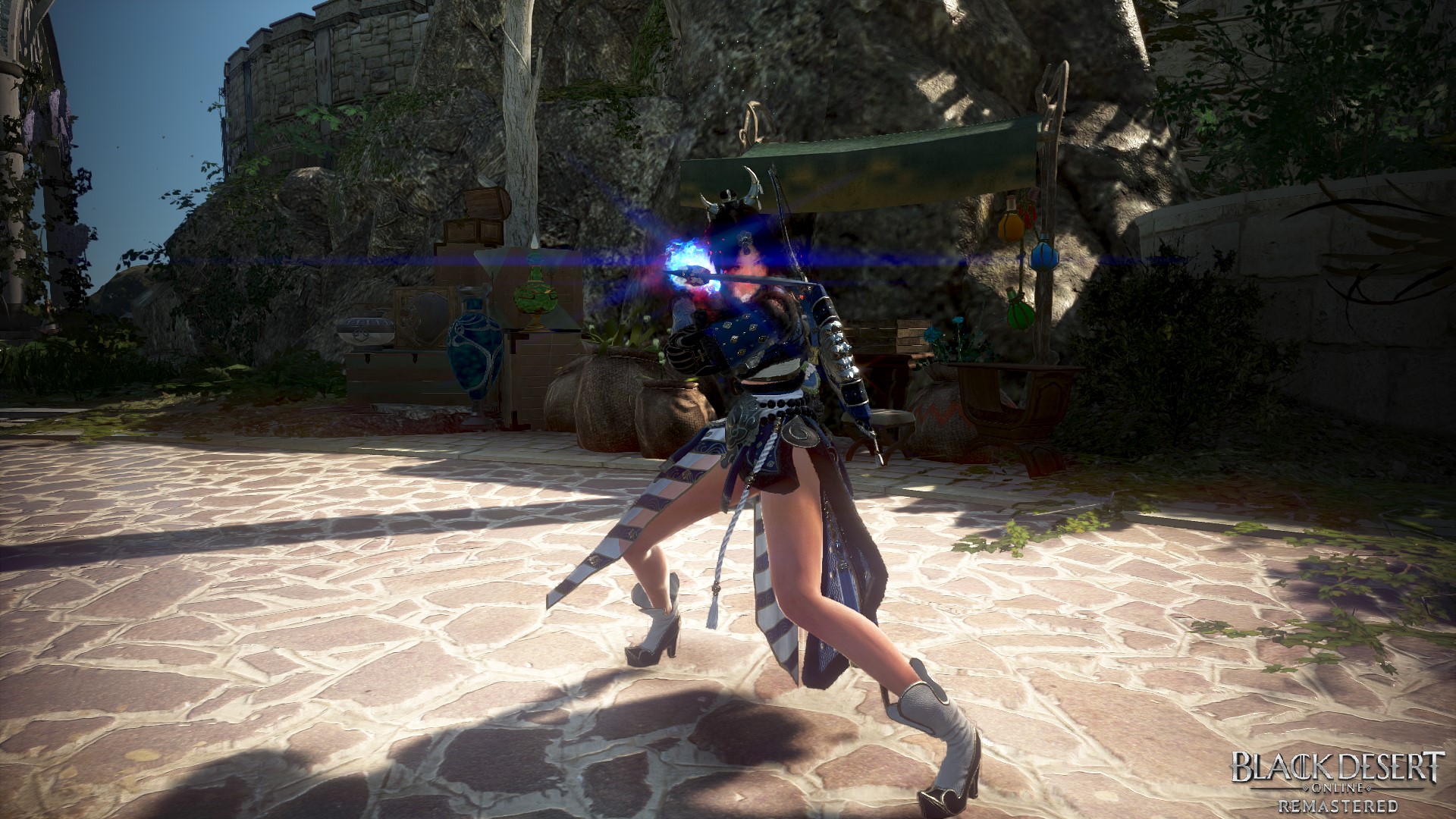 The main reason I really picked up the Maewha myself was to build towards her succession. I really like the Maehwa’s battle pose with the blade. She has that Kill-Bill-sword-tip-out-front style, and paired with the right outfit makes for totally bodacious image of a “flower of the battlefield.” But my aesthetic choices aside, the succession is a very strong choice.

Succession basically empowers the original weapon to be on-par with (and oftentimes better than) the awakening weapon. Those who choose succession won’t have access to the awakening weapon, but that’s fine with me. With the sword, the issues I had with animation lock disappear. She also gets access to multiple AoE skills, so a lot of the skills are easier to use and execute than with the kerispear. My favorite move in her kit is certainly decapitation. She rushes forward while her attack is held down, and she does a very fast AoE. It’s super effective in the bigger mobs and the earlier grind spots in the game. 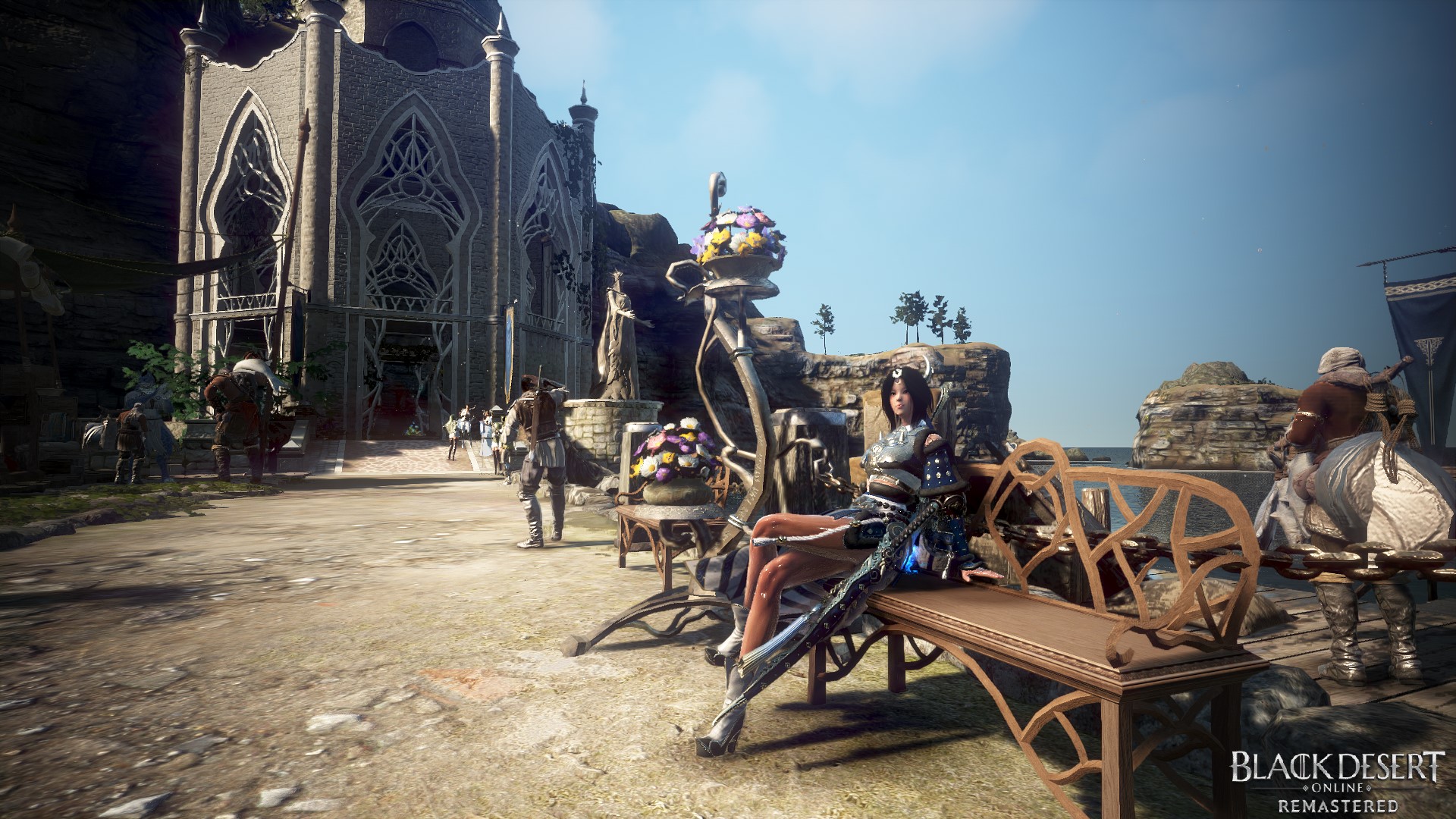 Now, I haven’t really done much PvP lately; I just haven’t been in that PvP mood lately in Black Desert Online. But here’s the thing about being a Maehwa or a Musa: In many ways, PvP can be “optional” with them. Because of their excellent clearspeed, they can rip through huge swaths of enemies in a large area, like the far north area of the nagas zone. In the event two players clash in the area, which often happens in the area I mentioned, there’s always the option to fight or move servers. But these two classes have an extra option: outfarm them. If a player flags up (goes hostile) on you, you might not need to engage. Just zoom past him, killing mobs along the way. He won’t even be able to catch you if you’re good enough!

If you’re the type of player who enjoys high-speed, reliable AoEs and enjoys the aesthetic of the speedy blademaster, I recommend giving the class a try. It’s still a good time to start!

Not to mention the gear-based armor looks great, and the animation that plays when the Maehwa sheathes that katana is spiffy-as-heck.

Not that I play a class for the cool looks and anim… oh, who am I kidding. :)

World of Warcraft opens up the public test realm for patch...