The demise of Kickstarter darling Chronicles of Elyria this past spring doesn’t mean the corpse has completely stopped moving and all is said and done. Even as Soulbound Studio CEO Jeremy Walsh insists that work is still being done on the game — despite laying off the entire team and running out of money — former supporters have been investigating their legal recourses in an attempt to reclaim their donations and payments to this failed $8 million project.

That’s probably going to be a long and difficult road, if recent reports are to be believed. According to the administrator of the Elyria class action Discord, many donors are still attempting to get refunds through Xsolla, the payment service company that handled many of the non-Kickstarter transactions for Chronicles of Elyria. This is… not going well, apparently. 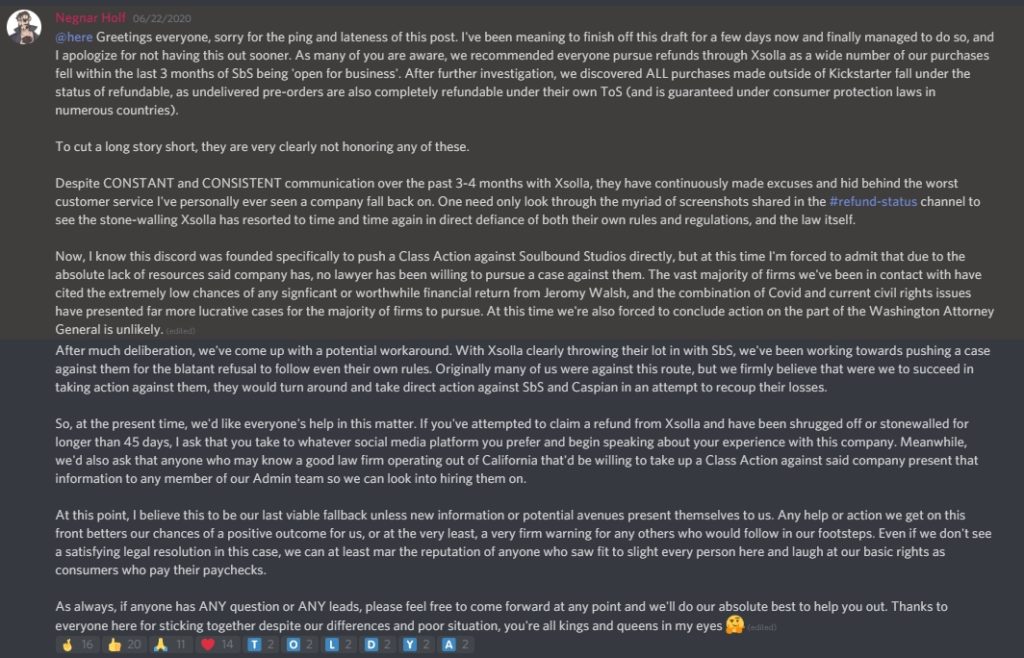 In fact, the admin alleges that Xsolla is deliberately “stonewalling” refund efforts: “Despite constant and consistent communication over the past three to four months with Xsolla, they have continuously made excuses and hid behind the worst customer service I’ve personally ever seen a company fall back on.” In other words, Soulbound likely has no money and can’t refund anything anyway, but Xsolla could still press the studio, and since it doesn’t appear that is happening, now the players are considering a class action against Xsolla itself. The mess continues.