I don’t know about the rest of you, but I’ve found that being familiar with online communities and tech has really helped me survive our COVID situation. As I’d developed fewer digital habits in recent years, the outbreak felt like a very personal blow. I felt as if I’d made a lot of progress only to be knocked down.

As I once again started to invest more in my online communities, I noticed the advantages I held over people who were, well, perhaps less connected. I held various types of digital parties from simple chats to game nights, migrated my old Animal Crossing group from forums to Discord, introduced some people to Twitter hashtags to help find their interests, and shared new online games with people who tend to stick to offline games (if they even play games at all). As much as I love in-game communities, I’d forgotten that the communities we make about games act as a kind of glue between the worlds we love and the people we want to connect to.

Although Tran’s panel was mostly for developers and community managers, I found that for someone who participates with and builds communities in my free time, a lot of what she said was not only applicable but reflected in conversations we all have here at MassivelyOP.

I actually recently had a discussion a fellow gamer about how online game communities are a kind of bridge as opposed to a bond. Like church or a bowling league. It’s an optional community you join, but having that shared, communal space with its own schedule and pressure to conform to can help you create social bonds if and when that community should disband.

But unlike church or a bowling team, online game communities often tend to spring from general game worlds, making them a bit messier. As Tran notes, it’s very important for those running the community to set the tone for the group. She noted five qualities she felt that community managers should keep in mind. 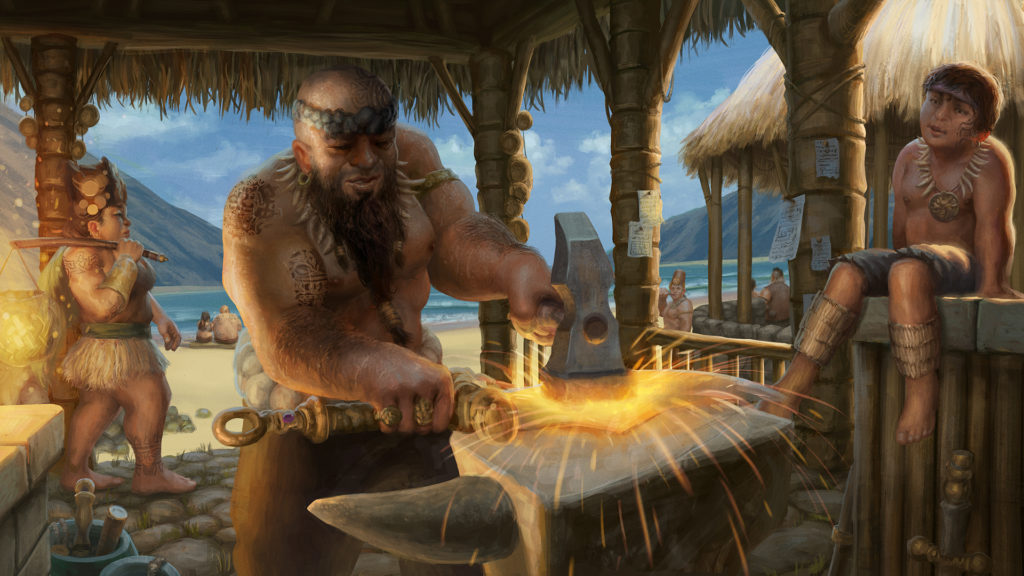 Five qualities to consider for your community

The first is ambition. What do you expect from your members in terms of actions? What’s the goal? What you do you need from your chosen platform?

Next is decisiveness. This is a willingness to ban, not just by you, but other community leaders/moderators within your community.

Third (and in my mind, most importantly) is clarity. What are the community expectations in terms of correct appropriate behavior? How do you articulate this? Of particular importance are the soft skills the community leaders bring to the table. It’s important to know how to operate your forums/chat/website, but those mean nothing if the community manager lacks relatability, ethics, communication skills, and other fuzzy skills.

Tran’s fourth quality to consider is collaboration. It’s kind of obvious, but community leaders need to check to make sure that they’re working with their other leaders and their users to build the community.

Finally, there’s energy. What kind of vibe are you bringing in? Are you leading by example? Tran wanted to talk particularly about designing communities for kindness, but I think this is important for hardcore communities to consider too. I think many of us have been in hardcore raiding or PvP groups where members are asked to work hard, but then the leaders’ friends are allowed to raid the war chest or bypass guild disciplinary actions, making it feel as if the rules don’t apply to everyone equally. 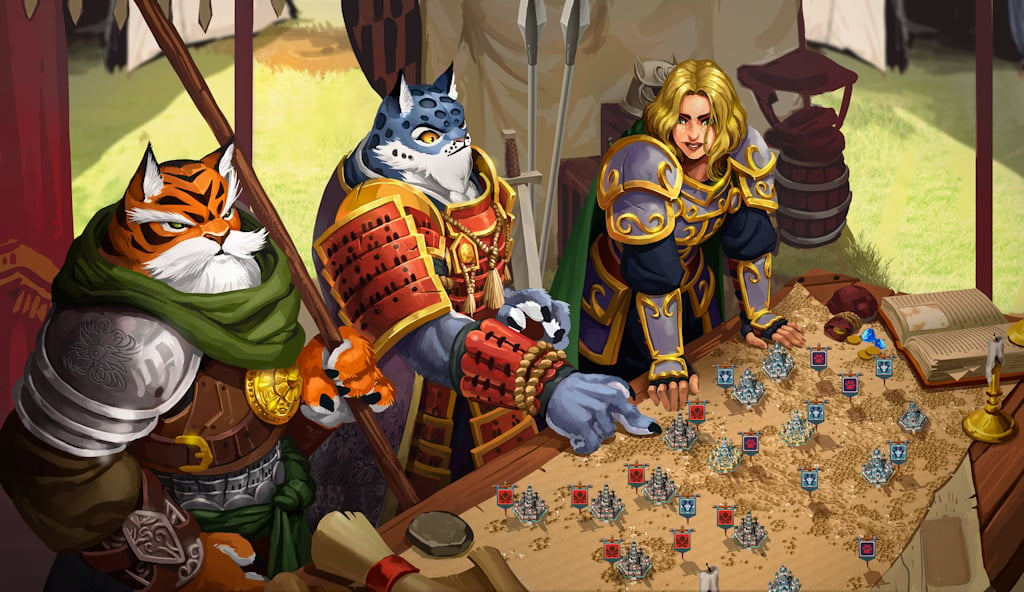 Next, people need to be accountable for their actions. Negative behavior, which would be something like breaking your code of conduct that is trying to ensure that everyone is kind to each other, needs to be dealt with. It can’t be rewarded. Clearly how this is dealt with is going to vary on things, like how large the game/community is, but not necessarily for retention.

The idea is that all communities are different. In a small community where everyone knows each other, we can be more lenient because people probably have stronger bonds than a huge one. The smaller community as a whole may be more willing to be patient with regular member who made social faux pas, but if that were to be made in a large community where you will probably never be able to talk one-on-one with all members, you would expect the rules to be upheld quickly. Choosing how to deal with this sort of thing is our decisiveness trait in action, but also realize this won’t immediately have a payoff. You may always attract trolls, but as we noted in a previous GDC 2020 article, even though your actions may come back to hurt you, doing nothing about toxicity sends a message that it’s permissible and will attract more toxic users.

This is actually right on point with the clarity and energy qualities Tran listed. Your rules need to be open and clear, but you also need to think about the consequences of your rules, especially in the context of game communities. Think about a community around the game Monopoly. The rules of the game encourage greed. Your objective is to drive people off the board and take it for yourself. This is clearly at odds with building a community. While obviously greed can be fun, your community rules need to encourage altruism. For example, while Monopoly would give you plenty of reasons to target a weak player and his assets first, forum rules should probably prohibit bullying and encourage that posts be critiques, not critical. That is, be thoughtful and explanatory when discussing things, rather than accusative and emotional.

That being said, Tran suggestions a few principles for the Rule of Law: clear definitions, publicly available, stable, just, and applied evenly and quickly (even to vets). This is why the soft skills are so important. You can’t be a slave to your own rules. There will be grey areas. This is also why it’s better to punish in private rather than in public. People may get defensive if publicly punished. You want to offer a “golden bridge,” some kind of out for offenders. A path to redemption or the choice to leave on their own is often preferable to an unexplained ban.

You want people to feel safe and welcomed. I know this is always a concern for me when writing for small websites, but it’s actually better to get over a fear of silence and moderate problem posts/people than to allow toxicity. A toxic environment prevents your core target audience from feeling like that they exist or belong in your shared space. Heck, sometimes you and your community team need to be the ones to show how that space can be used.

This is where point five, energy, comes in most directly. You can tell people not to be so critical, but as that word can be so fuzzy, you need to model that kind of behavior for the community. Pokemon Go community The Silph Road does this quite well on both Reddit and its own website; you can read articles that are supported by data gathered by the author or community, formulas brought out and tested by the writer, comparisons to other games, and so on. Many of these in the early days were done by the site admins and their early leadership, which has made it much easier for me to participate in the community as a member. While the moderators can sometimes be a bit heavy-handed with negatively worded posts, seeing that numerical data or qualitative that doesn’t originate with the poster survive moderation signals that we can have talks about unpleasant aspects of the game – if we do it in a certain way.

And this segues perfectly back to point four: collaboration. The community shouldn’t be just the people who run it. Give people outlets for multiple kinds of creativity and contribution. Even though your community may be about a single game, there should be a space for people to discuss other games. Or show their fan art. Or talk about ponies. Supporting the positive things the community is naturally doing is best. Again, don’t be afraid of silence. If there seems to be a need, and it’s possible, provide spaces for people to fill. Some people love a bustling dance floor, but others prefer quiet, intimate corners.

Finally, a few miscellaneous points that Tran made are well worth noting. For one, communication does not mean making a connection. This goes with the last point about having various sized “spaces” to converse. I can make a post on reply on Twitter that everyone reads and “likes,” but that won’t necessarily lead to a connection. Following that, creating common ground and intimacy helps create trust. As a moderator, you don’t have to be this authoritarian figure stepping down from on high whenever there’s a problem. You can jump in, be silly, and engage with your community.

That being said, also remember that you’re human. Create boundaries. Take a break. Own your mistakes. You can’t be a therapist working around the clock to peerlessly repair everyone’s issues. Let people know if their personal problems are something you aren’t equipped to handle (but you can still be supportive by checking in once in a while). Go to bed with your notifications turned off, as you should have leaders that can handle things in different time zones. And when you mess up, just admit it, learn from it, and move on. You’re modeling for your community. Everyone will win.