Dungeon Siege is not the biggest name in ARPG field, but the franchise has always been dear to my heart. It’s now been more than 10 years since the release of the last game (gods, I feel old), and I think that’s long enough. Today, I’d like to reflect on what made these games great – and why it’s high time we saw a Dungeon Siege IV.

Let’s take a look back at the previous entries in the franchise, and see what ideas each have that are worth bringing forward. (We will not speak of the film spin-offs from director Uwe Boll. Not now, not ever.)

The original Dungeon Siege was the first RPG I truly enjoyed. Up to that point, none of the RPGs I’d played truly delivered on the power fantasy I want from an RPG. There was too much grinding, too much math.

Dungeon Siege set itself apart from the pack by eschewing traditional classes and character building mechanics. Your character would increase stats and skills simply by using the appropriate weapons or spells. The more enemies you kill with a sword, the better a melee fighter you become.

It was a tremendously simple game, and it doesn’t hold up well by modern standards, but at the time it felt like a tremendous breath of fresh air, and the intuitiveness of its core conceit is wonderful. It also introduced many great quality of life features that remain bafflingly rare even in many modern ARPGs, like a button that automatically loots all nearby items and pack mules to help you carry treasure.

(Seriously, why do so many ARPGs still make you click on every damn item? Why is picking up loot in a genre all about loot always such a miserable chore? Why is Dungeon Siege one of the only games that’s fixed this?!? Aaaaaaaaaaaagh.) 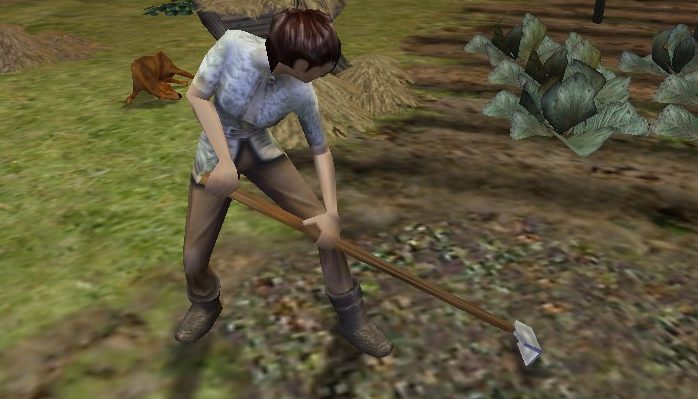 The story of the original Dungeon Siege was not wildly original, but it was supported by some pretty strong world-building that gave its setting, the isolated kingdom of Ehb, a real sense of place and history. The potential for greatness was there.

Dungeon Siege II kept the organic leveling system but brought things a bit closer to the traditional RPG model with the addition of skill trees and a rudimentary action bar. As I have written before, it uniquely populated your action bar with skills from your entire party, rather than a single character. It was still very basic by modern standards, but there was a bit more meat on the bones compared to the original.

It was, however, a huge departure from the original on the narrative end of things. While still technically set within the same world, Dungeon Siege II was so far removed from Ehb and the events of the first game as to feel like it was a different universe altogether.

In contrast to the second game, Dungeon Siege III was a return to form in terms of story and setting, but a radical departure on the gameplay front.

All but ignoring the events of the second game (wisely, in my opinion), Dungeon Siege III returned to Ehb and added a new level of depth to its lore. The story focused on a brutal civil war between the Church of Azunai and the survivors of the Tenth Legion (both traditionally the main “good guy” factions of the series) and introduced a new mythology around a race of lost creator gods and their servants, angelic beings with Hindu-inspired aesthetics called Archons.

Dungeon Siege III also jumped ahead the setting’s technological development — explained by an alliance between humans and their former enemies, the technologically advanced Goblins — with the addition of firearms and even an entire steampunk city. 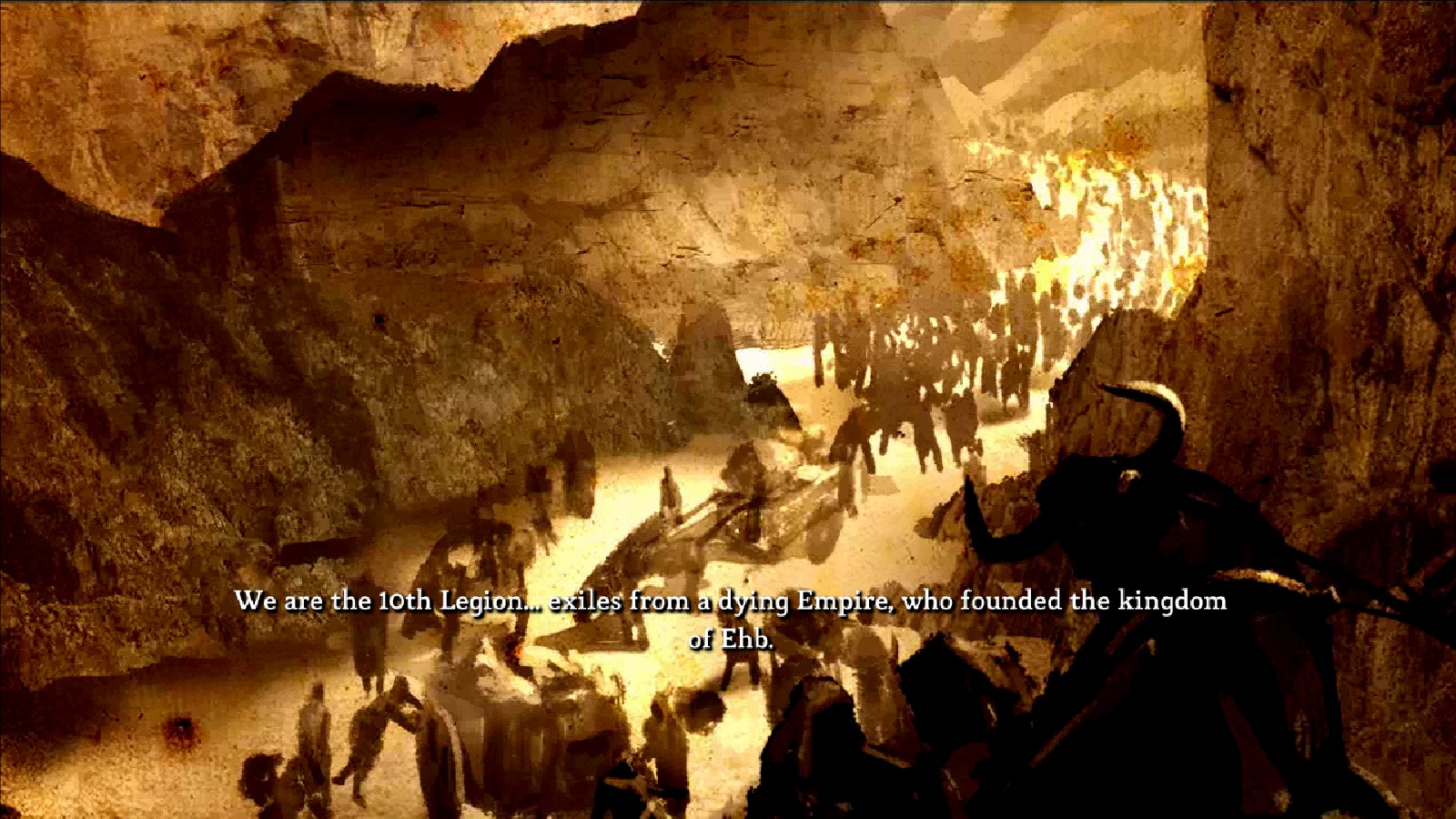 However, the game mechanics were quite different. In place of the custom protagonists and organic character development of past games, you could now only choose from one of four characters with pre-established appearances, backstories, and skill trees. On the plus side, they were all pretty fun, with some ranking among my all-time favorite ARPG builds.

The combat mechanics were also revamped, largely for the better. Instead of chugging mana potions, players generated their main resources — focus and power — by fighting and using abilities. Playable characters also had two stances they could swap between at will, each focusing on a different weapon with its own specialties.

Dungeon Siege III was a very controversial entry in the franchise, and while it is my favorite, I can sympathize with some of the criticisms around it. Its gameplay was a jarring change in direction, and it does suffer from a strange control scheme and a certain degree of bugginess. I think that it’s more than redeemed by its stellar story, unique characters, and visceral combat, but rightly or wrongly, its poor reception is probably the reason the franchise has been abandoned and forgotten.

Along the way, there’s also been a couple of expansion packs and spin-offs, introducing new gameplay and story elements like hybrid skill trees and the fallen magitech empire of Utraea.

If you look back at the franchise, you see that every game was flawed, but all had at least some good ideas, and the franchise as a whole has developed its own unique character that other ARPGs don’t quite deliver.

It’s rooted in classic, Tolkien-inspired heroic fantasy, but it has enough twists of its own to feel fresh. It’s brighter and more optimistic than the gothic horror inspirations of Diablo, Path of Exile, and the like, while also being more mature and serious than something more cartoony like Torchlight. 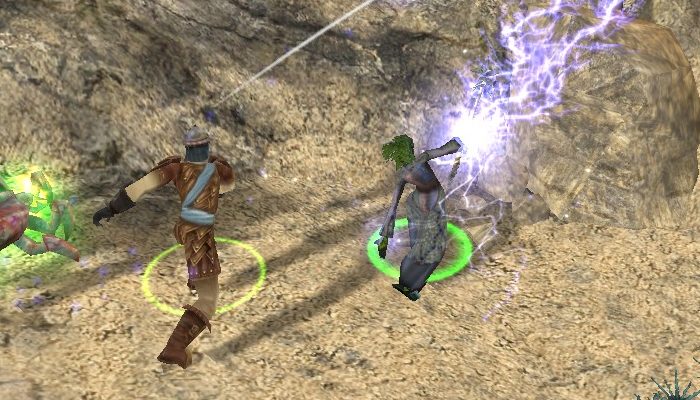 When it comes to mechanics, each game in the franchise has taken different directions, but the recurring themes seem to smooth quality of life and double down on the intense combat at the heart of the genre. Let Path of Exile keep its sprawling skill web and Diablo its endless runs back to town; Dungeon Siege is all about getting into the action and staying there.

So what could a hypothetical Dungeon Siege IV look like? Firstly, I think it needs to be set in Ehb, at least to start. I’m open to expansions or DLC expanding the game’s horizons, but Ehb has the richest history and more than enough diversity of culture and environment to sustain a truly sprawling game, from the eastern European vibes of the Rukkenvahl to the technological metropolis of Stonebridge to the arid Cliffs of Fire.

In fact, I think Ehb — and the wider world of Aranna — is more than big enough to support a full MMORPG if the hypothetical developers of Dungeon Siege IV decided to go that route. There are a lot of single-player franchises that I wouldn’t want to see go full MMO, but in this case I think it could work very well. There’s enough lore there to fuel years of expansions.

I’d also like to see something like DS3‘s combat mechanics brought forward (though hopefully with a smoother control scheme). Generating your own resources as you fight is far more satisfying than spamming potions.

However, I’d also like to see a return of the more organic progression mechanics of the earlier games. It’s not as revolutionary an idea as it once was — leveling weapon skills in games like New World and Elder Scrolls Online is not too dissimilar from the mechanics of the early Dungeon Siege games — but it could still feel like a pretty fresh entry in the online gaming space.

Imagine if character levels as a core concept simply didn’t exist and all your abilities came from using your preferred fighting style. Imagine if this affected not just your weapon skills but other perks as well. Maybe archers could use their dexterity to traverse terrain with a grappling hook, or nature mages could grow their own crafting materials. 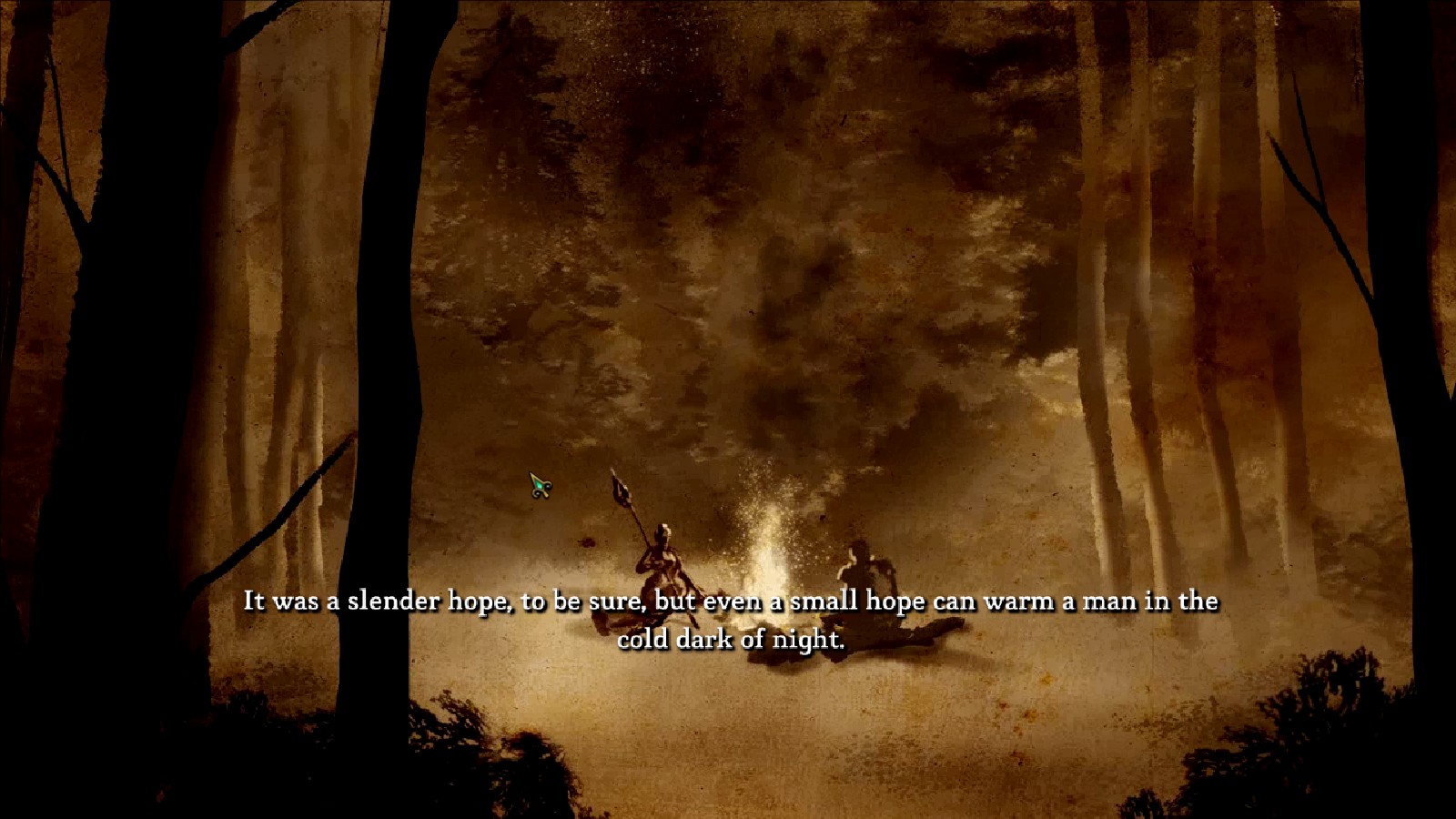 If you combined this with the dual stance system of DS3, it would also open interesting hybrid builds. Swap between magic and swordplay at will. As long as the developers don’t make the mistake of New World and force people to specialize based on arbitrary attributes, you could have a really deep and flexible build system.

I know that Dungeon Siege doesn’t have the cachet of the Diablos of the world, so I’m not saying that a Dungeon Siege IV is actually likely, but I do think the franchise has tremendous potential. It’s fun to dream about, if nothing else.

Put aside for the moment any per-conceived views you may have of the Dungeon Siege franchise. This is a world of gun-toting Romani witches, Hindu-inspired fire angels, steampunk Goblin automatons, brooding half-giants, and lost civilizations of magitech wonders. Ehb is a land haunted by the monstrous creations of ancient researchers and the legacies of fallen empires and fallen gods alike.