Welcome to our first installment of Vitae Aeternum, an ongoing column in which multiple writers of MassivelyOP plan to bring you coverage, opinions, rants, and more on the topic of the new kid on the MMORPG block, New World.

New World is an interesting case. There seems to be recurring refrain among most players of, “I’m not sure what it is, but something about this game just sucks me in.” People phrase it in different ways, but there does seem to be a building consensus that Amazon Games has discovered some secret sauce that makes the game work despite some significant flaws.

Count me as another person who seems to have been sucked in despite some major issues with the game. For this first column, I want to focus on my biggest area of disappointment with the game — character customization — but don’t let that send the message that I’m disappointed with the game as whole. Like many people, I find something about it is drawing me in; I criticize because I enjoy the game and want to see it live up to its full potential.

Much has already been said about how poor New World‘s character creator is, and there’s no need for me to spend too much time rehashing it here. The options are too limited, and most of the faces look pretty bad. Much as I love a good character creator, though, I don’t think a bad one is ultimately a serious problem for a game in the long-term. It never held back World of Warcraft, after all.

Slightly more concerning is the lack of visual customization for your gear. While there is a system for applying skins to gear, it only functions for skins acquired via the cash shop, Prime Gaming, or other out of game sources. Early on, I got a barnacle-encrusted coat from a mob drop, and I loved that look, but there was no way for me to keep that skin once I upgraded to a piece with better stats.

Meanwhile, there are armor dyes, but so far as I can tell they only work on in-game gear, not the cash shop skins and their ilk. 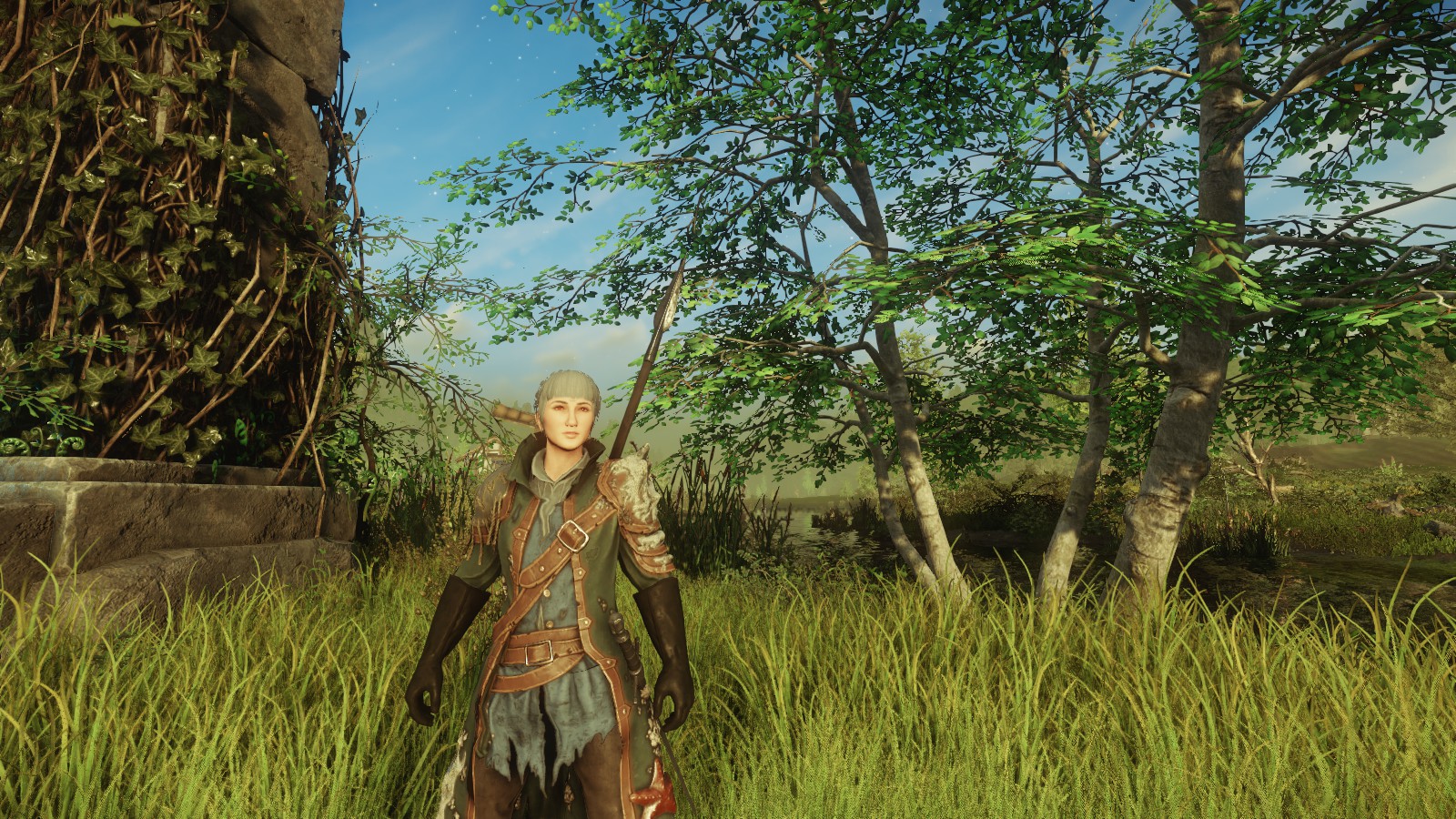 This is obviously a very frustrating situation. There’s a lot of great-looking gear in this game, with a unique seventeenth century aesthetic we don’t generally see in games, but much of it is squandered without a wardrobe or transmog system. It’s especially grating because most of the systems — changing skins, adding dyes — are already in place, but arbitrarily limited.

However, I also see hope, in that much of the framework for a great cosmetic system is already in place. All they need is a way to unlock in-game skins for further use, and to allow dyes to be used on premium skins. If they did that, New World would rapidly turn into a great game for fashion wars. Hopefully that can happen sooner rather than later.

New World has no classes; skills are tied to weapons, and you can have two weapons equipped at a time, swapping between them as you wish. Based on this, I had high hopes for a game with massive potential for any whacky build you might care to make. Alas, this is not the case.

The problem is each weapon’s damage scales off one core attribute (or sometimes two, with the secondary providing less benefit), so you can’t combine weapons of differing attributes without severely limiting your damage potential.

There are some niche builds that can work around this. Some builds use their secondary weapon only for utility, in which case the weakened damage of an off-attribute weapon doesn’t matter as much. There are also gems that convert a small percentage of your damage to a magical type, which allows the converted damage to scale off intellect or focus, but not every weapon has gem slots, and even then the conversion is pretty small, so it doesn’t really do much to expand build options. 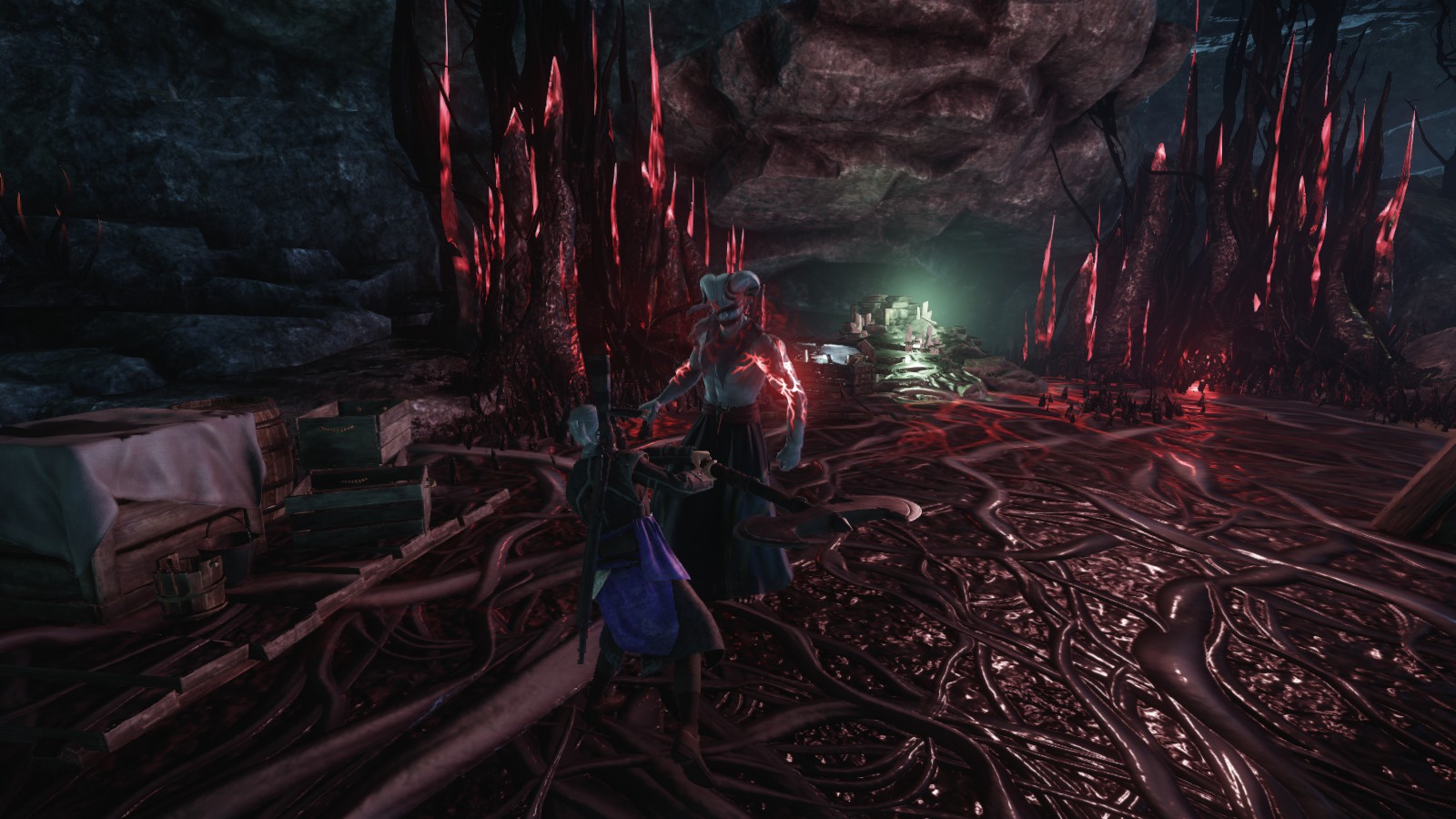 If we were judging this as a class-based system, I would actually rate New World fairly well; each attribute has enough different weapons available to them to create a decent variety of very different builds (except poor focus, which has only the life staff to its name). But it’s not what the game was sold as, and it doesn’t feel like it’s living up to its full potential.

It also runs against how alt-unfriendly New World is. With only one character per server and fairly grindy progression systems, I can’t imagine even the most devoted alt addicts rolling more than one character very often. This would be fine if you could do everything on a single character, but because of the way attributes work, you can’t.

My preferred solution to all this would be throw out core attributes altogether. They add no meaningful customization; they’re a legacy of older RPG systems where they made sense, but they add nothing to the experience of New World. But that would be a huge change that would require rebalancing nearly all areas of the game. It’s not likely to happen any time soon. Thankfully, there is another solution that is slightly less effective but much easier to implement: loadouts.

If each character in New World had the option to save multiple builds — with their own attributes, weapons, and gear — it would solve a lot of problems. You still wouldn’t be able to combine weapons of different attributes without a loss of performance, but at least you could still use every weapon one character, just not at the same time. I might not be able to make an ice gauntlet/hatchet build work, but I can still use both weapons sometimes. 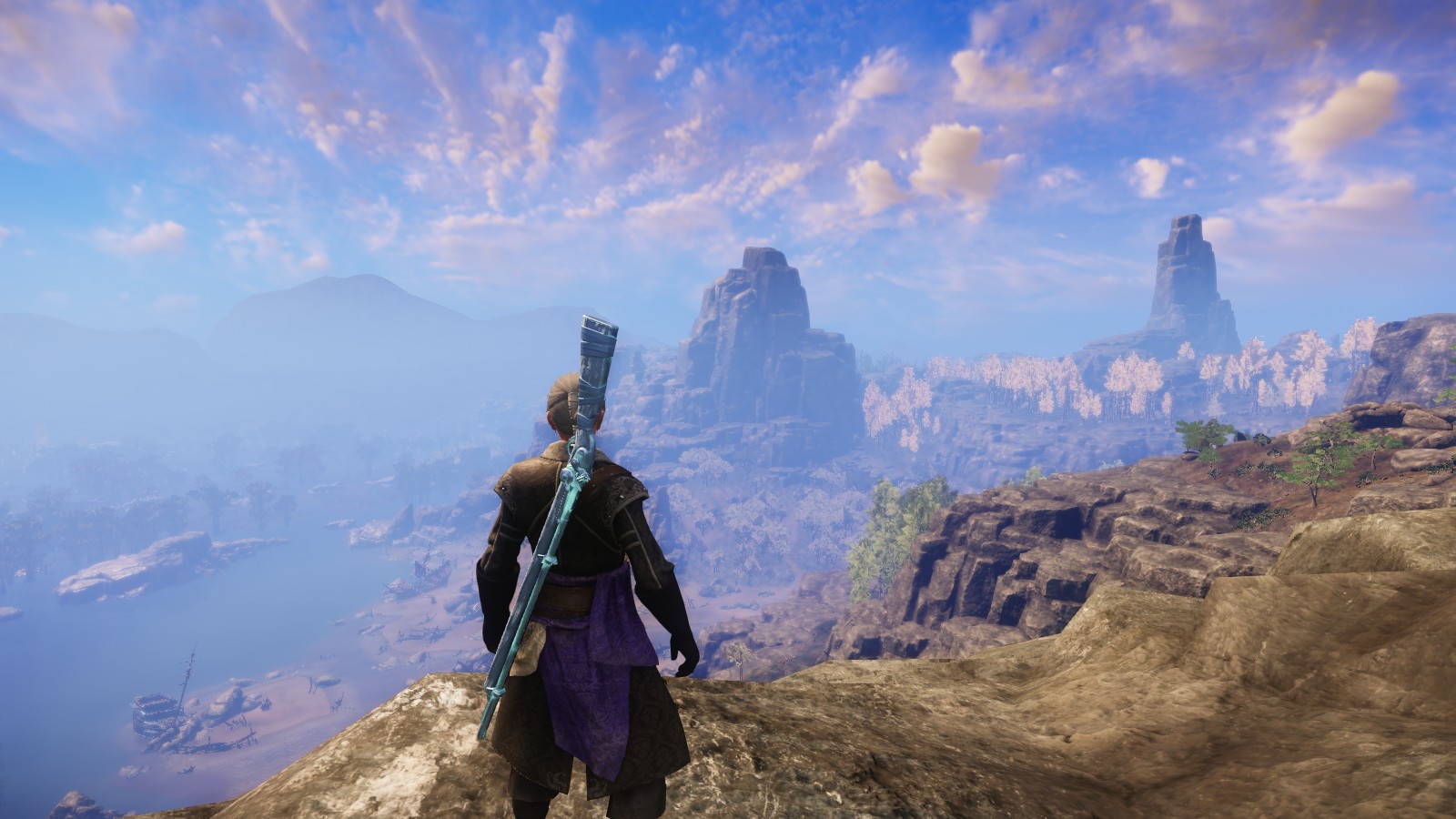 This would also largely solve the problems with the limitations on alt characters and fulfill the promise of only needing one character. After all, if we can max every trade skill on one character, why not let us do the same with weapons?

It’s frustrating that there aren’t presently more options for customizing both the look and playstyle of your character in New World, but I do believe these are largely fixable problems. We just have to hope Amazon chooses to make addressing them a priority.