The moment of Ashes of Creation’s first large-scale alpha test won’t be as soon as previously anticipated. Intrepid Studios came out this week to announce that due to performance “challenges” and a need for additional polish, the month-long Alpha One playtest has been delayed until June.

“We will be prolonging the NDA testing based on data collected during our February Alpha One preview,” the studio said. “This means that our non-NDA Alpha One preview is now scheduled to occur from May 14th to May 21st, 2021, and our Alpha One test is scheduled from June 1st to June 30th, 2021.”

The June Alpha One playtest will be open to “official content creators” (no, you aren’t one) and those who have secured an Alpha One key. In the meanwhile, Intrepid promised to keep showing off the game’s testing footage during the monthly livestreams. 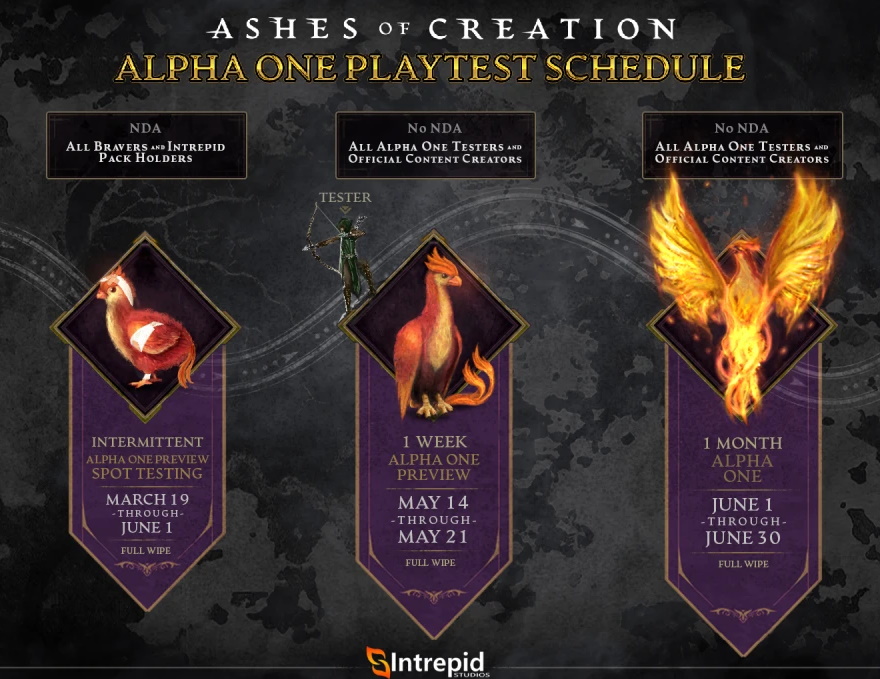