It would appear that Citadel Studios, the developers of sandbox MMORPG Legends of Aria, has its fingers in a new pie. Readers will recall that the studio announced it was making a multiplayer Viking-themed survival RPG known as The End, and now there’s word of the company entering the publishing realm with the announcement of CODEX.

CODEX comes from developer Corp Por, which licensed Citadel Studios’ Shards Engine in 2020 to craft their game. (Corp Por, for those wondering, is an old Ultima Online Word of Power for the Energy Bolt magic spell, popular with PvPers and PvEers alike.) As for the game itself, CODEX is described as “a seasonal shared world adventure” that delivers massively multiplayer adventures that each take place over a limited time. Each adventure will allow players to level multiple classes, explore hand-crafted lands that promise “hundreds” of quest hooks, and take part in player-run economies. While each adventure runs for a set length of time, characters will get to earn and keep adventure-specific rewards and cosmetics, and adventures are promised to be long enough for goals to be reached but short enough that players won’t be waiting to see what’s next.

CODEX will be releasing a “prologue season” of the game in the coming weeks, which is a development build that everyone can play up to fifth level. Other release dates and launch details are expected to be shared by both Corp Por and Citadel Studios sometime later in the future.

As for Legends of Aria itself, there hasn’t been much forward movement on the game in 2021. In fact, the Twitter account for the game has apparently been deleted, although the Discord and servers seem fine, just quiet. The last development missive of substance came in March, when the studio delayed its next patch indefinitely. [Update: Citadel reached out to us to clarify that it’s merely switched to its @Citadel_Studios handle and won’t be using this @LegendsofAria one anymore – the Twitter handle linked on the front page of the game’s site notwithstanding.] 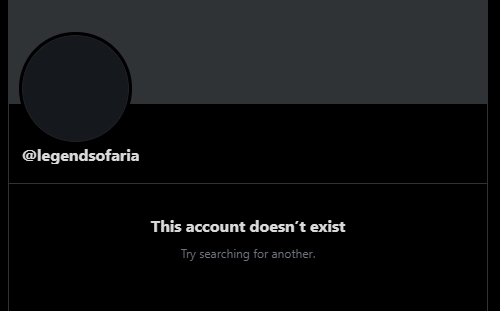 We are publishing a game! Our first published title and first Shards Engine game. We look forward to sharing the release date and launch announcement. https://t.co/tCFxatcYTd