The idea to play Trove this month ended up being something of a needed breath of fresh air for me. With all of the miserable news surrounding the industry recently as well as my general distaste for last month’s game, I’m delighted to be able to play something so colorful and cheerful and fun.

I have been in this game before. A couple of times, even. It has been a number of years since I came back, though. It was long enough that the game’s new tutorial that I went through was entirely different to me. Nothing that really blew my minds (WASD to move), but enough of an onramp that it was worth the few minutes to acclimate myself to the way this game worked once again. 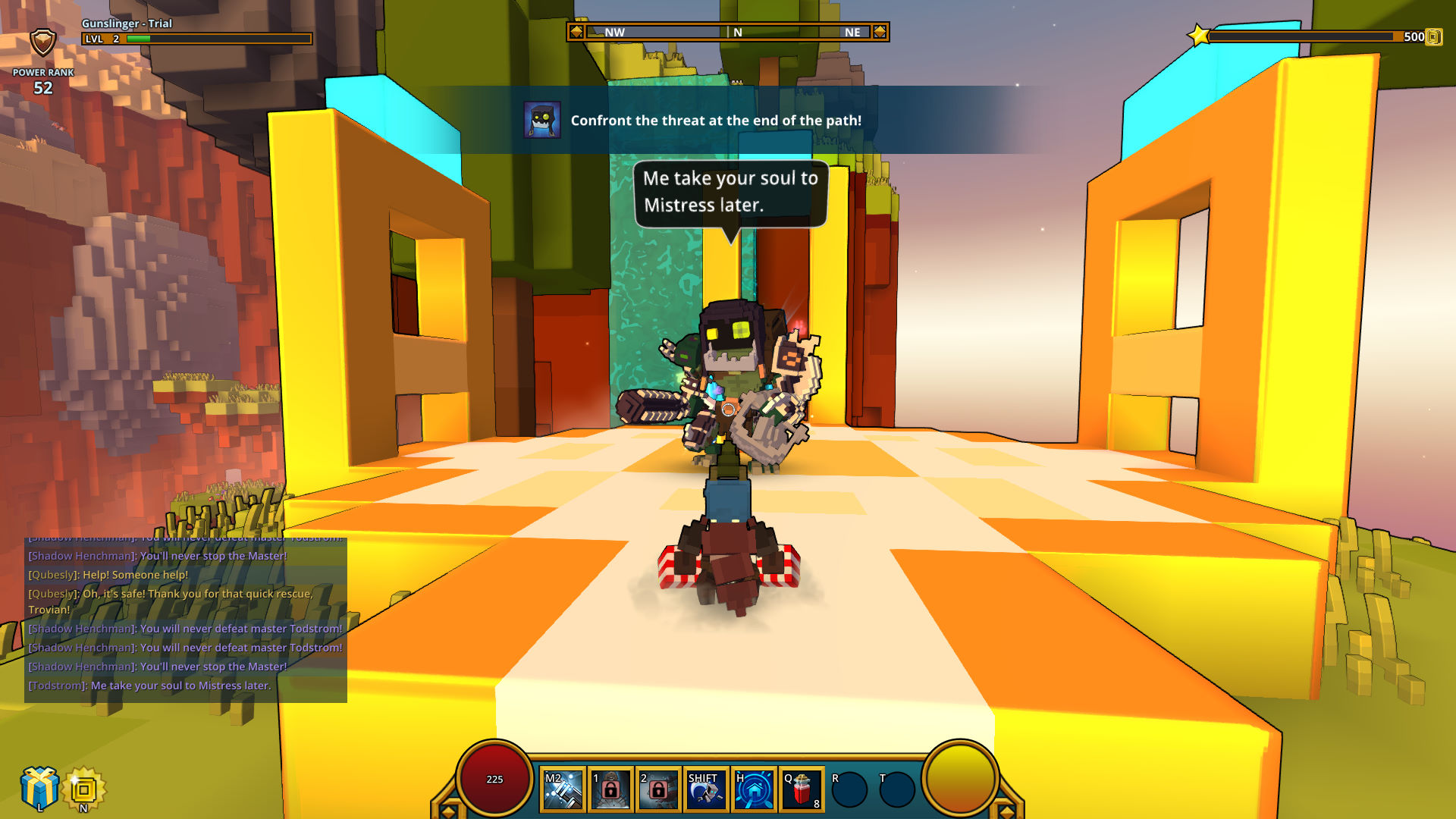 The tutorial didn’t stop at the little guided pathway I was led along, however. There were a series of quest steps (“adventures” in the game’s parlance) that slowly opened up a few more things and once more reintroduced me to some of the game’s beats. Much of this was pretty familiar, particularly the parts where I could just roam a biome, find randomly generated dungeons to plumb, and hoover up a bunch of goodies.

There were a couple of nice little surprises, however. For instance, I’m pretty sure this feature was a part of the game for a long, long time, but I never realized how the Rally Point worked. Being able to get flung into a PUG with other willing players at the push of a button is a very nice touch.

And really, playing with others is where this game truly feels like it shines. It’s maybe not as tactical or carefully tuned as other MMORPGs, but then again being able to instantly gather together with people and faceroll through things in a technicolor voxel candyland was extremely satisfying. Perhaps Trove’s caught me in the right mood, but boy is this fun.

Speaking of fun, the Lunar Lancer class that was selected for me is a lot more interesting than I had expected. I wasn’t really sure what to expect other than spear attacks and something to do with the moon, and while that’s kind of what I got, it ended up being a bit more interesting and a whole lot more powerful than I expected – especially once I started getting better weapons. I just kind of wish I could control when I get to my super buff mode, which happens when you get enough procs of a moon resource; nine times out of ten, I would hulk out when I was fighting one enemy or after killing one enemy.

On the topic of equipment, the number of goodies each area and dungeon spat out at me was another delight. Granted, my inventory is filled with what is probably considered vendor trash now, but blowing monsters up and hoovering up the loot was the serotonin hit that my gaming life really needed. 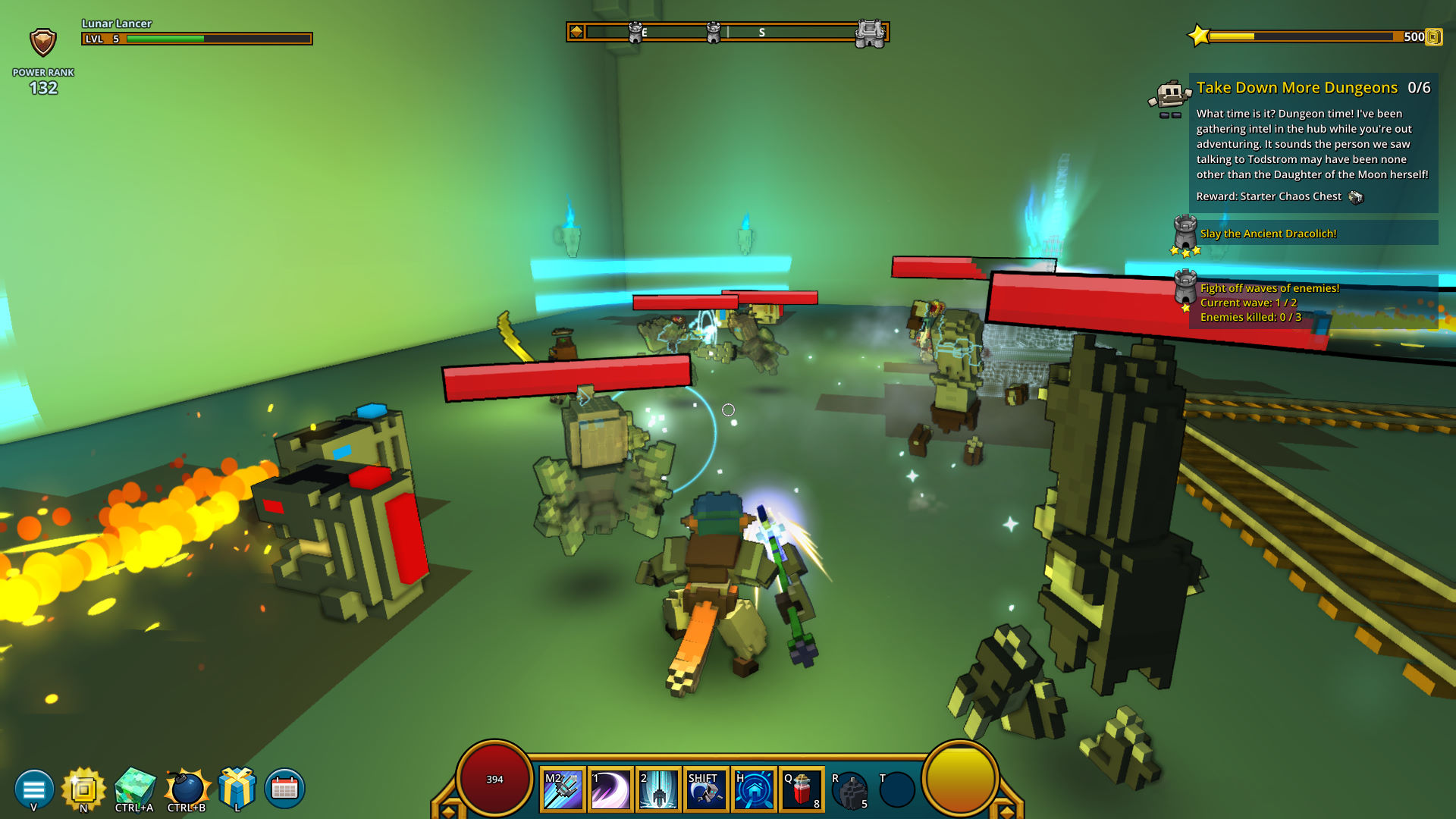 The one complaint that I can leverage against Trove, though, is that it seems to be a little bit too fast. I hate to use the word “casual” because there’s too many jackassed connotations to the term, but this game really does feel like something that likes to grab you by the wrist, take you through things, and grant you stuff at a bit of a breakneck pace. I feel like an overstimulated ferret in a ball pit.

No more was this prevalent then when I was guided towards queueing for a Delve. Again, the fact that this game draws me into some easily formed group fun is a lovely thing, but then I get the feeling that I’m well behind the curve of most people’s power rank, as one of the members of the team I was a part of was a Tomb Raiser who was absolutely running roughshod all over everything we were facing to the point that I barely had to use a skill or swing my weapon except for at the boss fight. It’s entirely possible that this was because we only went into a few levels and didn’t face anything that required teamwork, but it was both astonishing to witness and boring to play.

All of that said, I really am enjoying my time in Trove to this point. This game really is a serotonin hit that I needed. A bit of brain bleach that had me happily moving from colorful world to colorful world, hopping into any number of activities. It’s MMO gaming oxygen, and I couldn’t be happier to breathe it in right now. 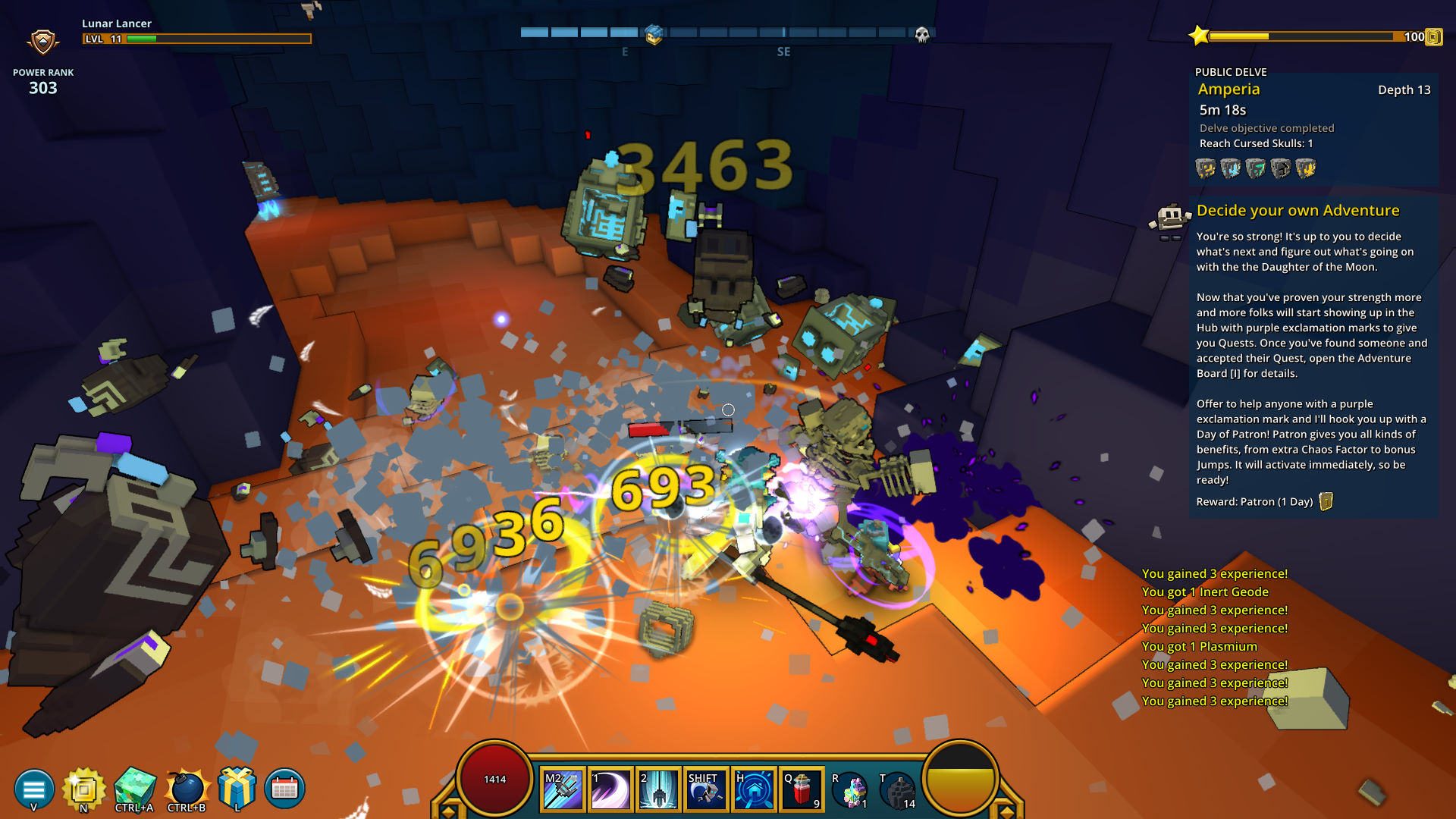 On the subject of activities, there are a couple of things I’m kind of leaning toward a few different things to try out next week, so that, of course, means it’s poll time. Here are the things I’m looking at trying out next:

What sort of things should I pursue in Trove?

The other poll idea I have came to me when I found the barber shop and changed my fox’s hair style. While I had to use money to buy the Lunar Lancer (not a killer, considering how much fun the class is), I found a location where I could apparently trial a different class, and as much fun as the Lunar Lancer is, the extremely limited action bar does sort of leave me almost no time to worry about things like class intricacies or rotation. But on the other hand, this class is definitely wonderful at blowing foes up.

Basically, I need your help to decide.

Should I stick with the Lancer or try out something else? 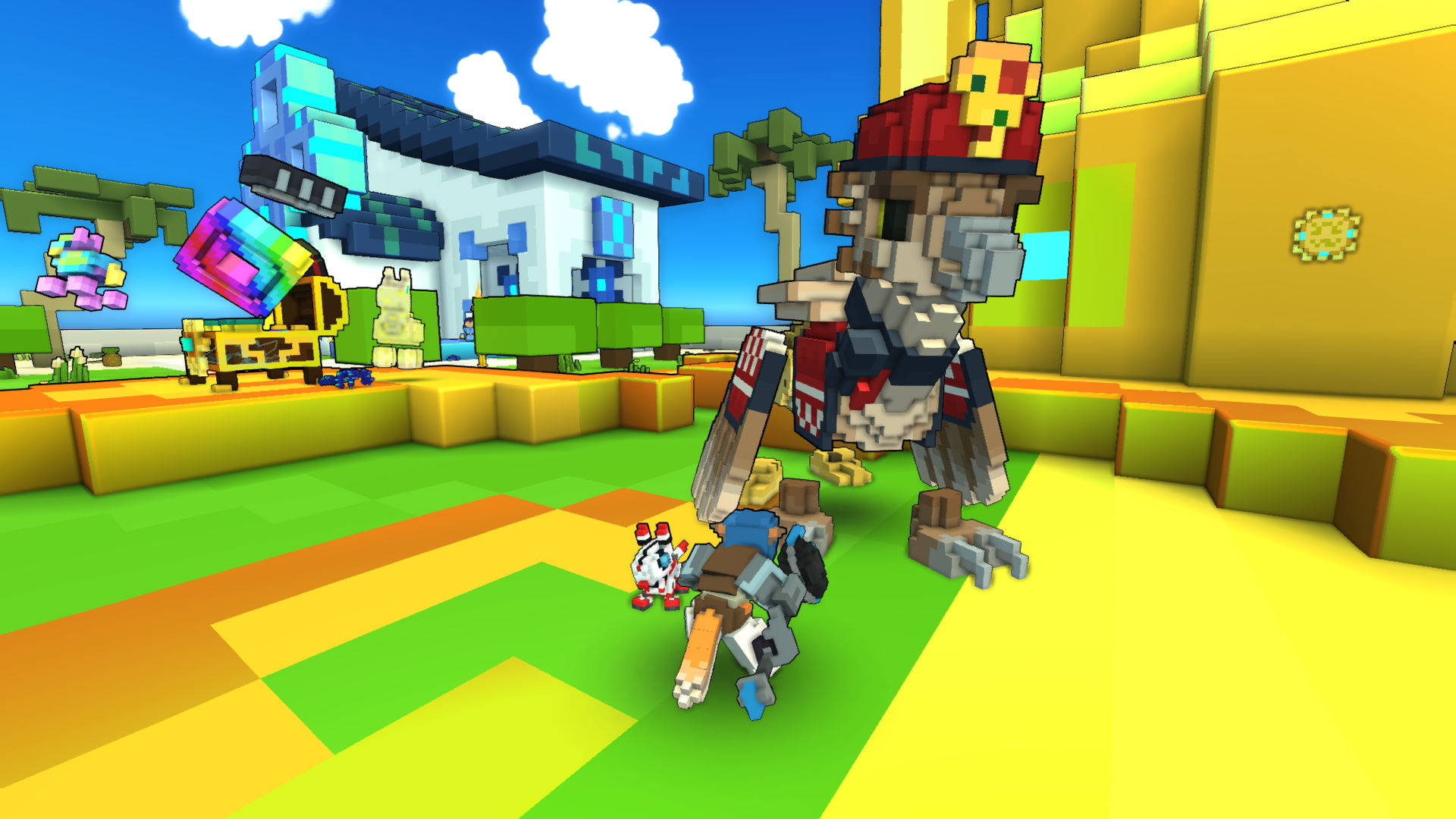 As usual, polling is going to wrap up at 1:00 p.m. EDT this coming Friday, August 6th. In the meantime, I think I’ll run around the open world a little bit more and see if I can’t turn more random and adorable foes into little blocks.