Just yesterday, we covered some of the problems that have befallen the “legacy” New World servers following the massive launch of the fresh start servers. It’s not that the population has collapsed again; it’s that everyone’s on the new servers rather than the old. Last night, Amazon announced plans to help with that: It’s merging 13 more older servers down to 6 – including my own, which frankly needs it as the balance of power has shifted dramatically just in the last week.

The merges are currently set for Friday well before dawn EST time. “As a reminder, we look into a combination of average concurrency, active characters, faction population, and more to determine which worlds should be merged,” the studio says. “If you do not see your world on this list, we currently do not have any plans to merge them.” 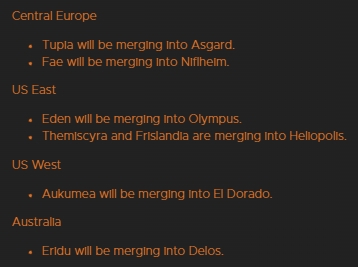 As for fresh start server merges… don’t count on them anytime soon.

Bored at work? The studio also put out a entry in its vlog series, this one on lore.