There’s always a world of difference between viewing MMO screenshots and videos. Sometimes you just have to see a game in action to get a good feel for it, which is why it might please you to watch a test model run, jump, and fly around a town in Valiance Online.

Valiance, one of three spiritual successors to City of Heroes, has finished its transition to the new Mecanim animation solution. The team said that this is just part of the effort to get the title launched on Steam: “We’ve also decided to add the new testing environment in preparation for our venture to Steam. This huge patch has been delayed for quite sometime, but we’re certain that everyone will be most happy with the improvements once it’s released.”

You can watch the test environment video as well as see a pre-alpha screenshot after the break! 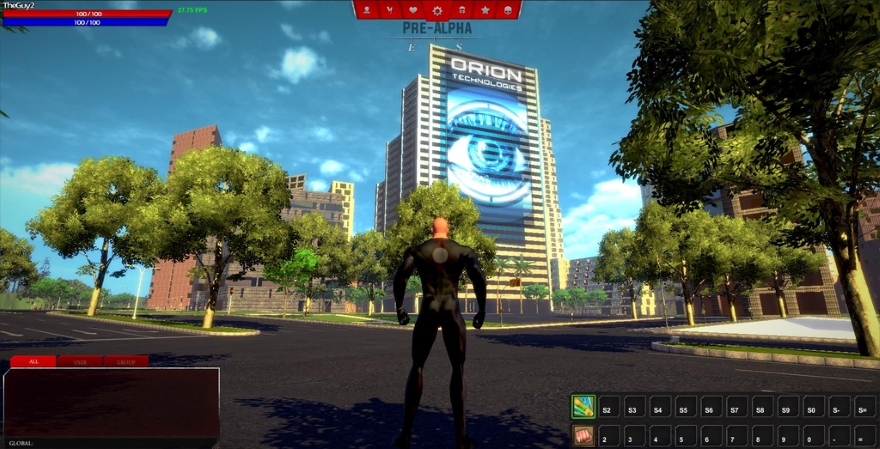 Looking at the animation of this game and other videos of it, I’m not so sure what everyone is so hyped up about.  compared to City of Titans it looks reallly bad.  Environments look CoHish but that’s not necessarily good considering how old that game is now.  waiting for a viable superhero mmo to come still…

MagmaFist paragonlostinspace Gorgon is indeed startlingly fun. By all subjective standards it shouldn’t be…and yet it is.

MagmaFist ZenJitzu Animation takes a lot longer to get right than music. Likes of tweaking and fine tuning involved in the animating.

RicharddeLeonIII It’s a very deceptive kind of progress. Valiance Online is being made by a team who already had a game four years in development – they stripped the fantasy elements out of it and adapted it to get a head start on their successor project. So, it’s not so much more progress as several years prior progress (prior to the shutdown that is) being tacked on.

Slaphammer ‘A nice refresh’ would basically have to involve rebuilding the entire game from the bottom up at this point. A refresh is not, from a technological standpoint, possible: CoH tech had passed the point where that was an option. Had it not been shut down, it would probably be having to right around now.

SomebodyYouUsedToKnow grungepunk1022
I could live with them keeping the port over of the flight animations. I’ve played through all the other current superhero MMOs and CoH implemented flight better than than any of the others for my money.

breetoplay MagmaFist
In all fairness I rather disliked the run animations on males in CoH too. It’s why every male character I ever made in that game took flight and never touched the ground.

I’m not getting excited about any of these spiritual successors, just because they’re so far from release.  Really, though, all I want is for someone to reclaim CoH from the knuckleheads who shut it down, give it a nice refresh, and rerelease it.

grungepunk1022 The animations are placeholders at the moment, given the pre-alpha state of the game. As for the archetypes, there are very few in game at this time. If you’d like to know more, there are plenty of devs floating around on the forums and in-game (when the servers are finished with the latest patch).

Very clean work. Much smoother than a lot of pre-alpha stuff I’ve seen out there. We’ll see what Steam EA offers or what features are added then, but the more supers games that aren’t CO, the happier I’ll be.

Palia promises plenty of customization for characters and homes in Twitter...

Fallout 76 gets players in on the trick-or-treat action