END_OF_DOCUMENT_TOKEN_TO_BE_REPLACED
Shortly after Star Wars: The Old Republic launched, I was a part of a group of players asked which planet they would like to see next. Pre-launch we were still learning which planets were even in the game. We knew that there were more planets to be revealed and that we had a huge swath of planets that had great backstories but had not been spoken of during SWTOR’s time period. I remember that some people suggested popular planets we’d seen in the original Star Wars trilogy, like Bespin, but I think the most popular was Kashyyyk.

But not mine. Eric Musco, who was a part of TOROCast at the time, even joked about my pick. “And out of left field is Larry Everett with Ziost,” he quipped.

Three and a half years later, Ziost is coming to SWTOR while those other guys are still waiting for Bespin and Kashyyyk. In Update 3.2, we’ll learn more about Vitiate, the former Sith Emperor, and what he’s been up to since the incident on Yavin IV. We learn that he’s traveled to frozen, rocky world of Ziost.

So why did I pick Ziost as the planet I thought we would see in the SWTOR lineup? My reasoning probably mirrors the reason that Vitiate also chose that planet as a base of operations. How about I break this down into five reasons that Ziost is the perfect planet for Star Wars: The Old Republic?

1. It’s the former capital world of the Empire

Although much of the history of the Empire revolves around Korriban because it was the birthplace of the Sith species, Ziost was actually the capital planet of the old Sith Empire. When the last Dark Lord of the Sith, Naga Sadow, ruled the Empire, Korriban was not much more than a giant tomb for the former leaders of the Empire. Ziost was where all the political power resided.

After Naga Sadow’s defeat and the near total destruction of the Sith Empire, Ziost was was abandoned. And when the Sith Emperor returned to the system, he made Dromund Kaas the new capital world. As of yet, it’s not been stated why Vitiate moved the center of Sith government to a different planet, but I’m sure that we’ll learn the reasoning during Update 3.2. 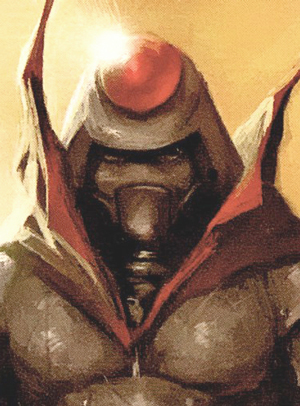 2. It has significant historical value

From a historical perspective, Ziost represents the expansive power of the Sith. It also represents the instability of the Sith government on its own. During the reign of the Infinite Empire — a time before the Republic and the Jedi as we know them — a Sith leader rose up and united the feudal Sith clans on the planet Korriban. His name was Adas, but the Sith called him the Sith’ari, which meant “overlord” at the time the name was used. But that title has come to mean “god” or “godlike” in the time since Adas.

The Infinite Empire quickly began to swallow up planet after planet, subjugating its inhabitants. Some of the Rakata of the Infinite Empire taught Adas their technology, such as how to make holocrons and possibly how to travel using hyperdrives.

Eventually, Adas determined that the Rakata were not there as allies but instead wanted to conquer Korriban. But that never happened. Adas and his united Sith clans drove the Rakata off the planet. Unfortunately, the Sith’ari died in the process. But everything that he was taught remained. The Sith were able to use that technology and to begin to traverse nearby systems, even settling on other planets — the first one being Ziost, which would soon after become the new capital world.

3. It holds a strategic location within the Empire

I cannot give a full account of how travel within the Star Wars galaxy works, but the best way to describe it is that there are predetermined safe paths that starships can use to travel from planet to planet. These are called hyperlanes. At specific junctions on these hyperlanes sit unmanned stations called hyperspace beacons. Navicomputers within starships communicate with these beacons to determine safe travel. It is possible to travel without a hyperspace beacon, but it’s not recommended.

Most of the planets of the Sith Empire sit inside a gigantic nebulous cloud called the Stygian Caldera. Although it’s not impossible to travel through the Caldera, it’s not recommended, and if a fleet of warships were to fly through there, the losses would likely outweigh the gains.

There is one system that acts as the gateway to the Stygian systems: Korriban. And one of the systems buried deepest in the Stygian cloud is Ziost. This means that the planet is physically well protected. It’s assumed that Vitiate still has access to much of the Imperial network, so he would have plenty of warning if there happened to be an enemy fleet approaching the system. 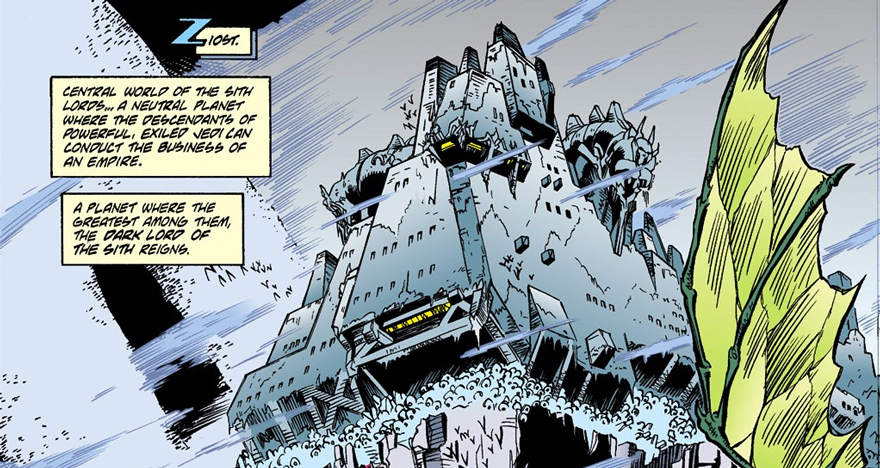 As I mentioned in point number 2, Sith’ari Adas obtained Rakata technology, which allowed the Sith to begin expanding. It’s not known what the Sith’ari actually learned from the Rakata. Likely, it was more than just how to make holocrons and hyperdrives. The only thing we do know is that one of his holocrons was found on Ashas Ree by Freedon Nadd, but it’s most likely that Adas’ learned tech actually made its way to Ziost.

When the Sith clans became feudal again, they all but abandoned Korriban after the death of Adas. The one-time home of the Sith became a tomb for its kings and a bastion for religious fanatics. All the civilized Sith moved to different planets, with the largest population landing on Ziost.

If you ever played the Eternity Vault operation, then you might remember the quest giver talking about the discovery of the The Infernal One on the prison planet of Belsavis. This discovery was made while reading Rakata text on the planet Ziost. Once more, this leads me to believe there is undiscovered Rakata tech there. 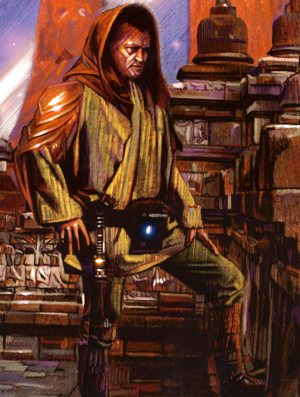 Jedi Ajunta Pall became disenfranchised by the teaching of the Jedi Order, eventually amassing a great following. He and his followers sparked the Second Great Schism and the Hundred-Year Darkness. Pall along with a handful of other former Jedi were exiled to the unknown regions of space. After wandering the galaxy for quite some time, they landed on Korriban. The highly religious Sith of Korriban accepted Pall and the other exiles as Jen’ari, Dark Lords.

Using his new-found army of followers, Pall began conquering the known Sith planets. This would eventually include Ziost. Pall took Ziost as his home, declaring it the capital of his Sith Empire.

Although Pall’s spirit would eventually reside on Korriban where Revan found him, much of what the Dark Lord build was on the wintery world of Ziost and would remain there until Lord Vitiate and his followers were driven from known space by the Republic.

For a planet that appears only in passing in many different books, comics, and game, it has an extremely rich history. I’m sure I even missed some of it here! Update 3.2: Rise of the Emperor hits live servers on April 28th. I will be there playing through the level 60 content with all my characters. Hopefully, I will see you there, too.