Heroes & Generals rolled out the new Xylander patch earlier this month, and Massively managed to snag an interview with Reto-Moto game director Jacob Andersen. Will the World War II shooter ever shed its beta label? Are aircraft cockpit environments possible?

The answer to these and a few other questions are just past the break! 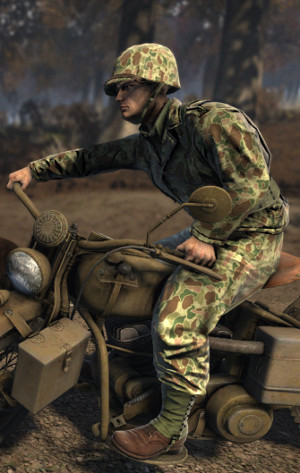 MassivelyOP: Do the devs have any plans to implement first-person cockpits in aircraft?

Jacob Andersen: Modeling and setting up the cockpits is a really time-consuming operation as the cockpits are very detailed and players expect all the indicators to work, so it is a feature that we will consider once the entire plane gameplay is updated. We also wish to add more planes and improve the controls for planes, but this is also tied into a larger plane update, which is unfortunately not on the roadmap for the near future.

Does the team have any concerns about faction balance, specifically in regards to number of German players being very high and other factions being comparatively low? If so, have any remedies been discussed?

Yes. We are looking into features designed to balance out the strategy part by adding underdog bonuses and allowing the use of excess resources for the smaller factions. For action players it is a lesser problem because we can offload some of the imbalance from the war to the staged battles where there will simply be more auto-generated US vs. Germany and Soviet vs. Germany battles.

Are the devs happy with the overall amount of grinding currently in the game (thinking of things like ribbon XP, etc.)?

We are constantly looking at how players progress in the game and we have already added booster mechanics like ribbon boosters, veteran membership, ribbon-level completion purchase for credits and gold, and in the latest Xylander update we added boosters to accelerate the process when joining war-battles. The latest adjustments in the Xylander build seems to be very close to our target but obviously we need to revisit the numbers every time we add something new to the game. 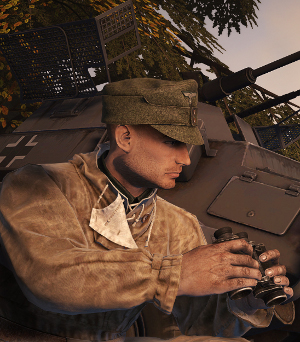 How much longer does the dev team see the game being in some sort of beta/early access? Is there any advantage from a development standpoint to saying “hey, we’re a released game now” or something similar?

When running a game as a service compared to releasing a boxed product I think the main difference from a development perspective is that it is very hard to define when the game is done and when it is still being developed. With a boxed game you draw a line in the sand at some point and stop development in order to wrap it up and then you bug-fix and ship it.

But with Heroes & Generals we continue to expand the game for as long as players keep playing it so in that sense there will always be parts of the game that are being changed and under development as we add more stuff and change existing mechanics to fit the new things. Other live services such as Facebook, Twitter, Twitch, YouTube, etc. are also constantly changed and updated to reflect how the users behave and this is also seen in other live games.

But at some point when we feel that the core gameplay and the user experience is solid enough we will stop calling it “beta” and consider it launched. Right now our focus is on tying up loose ends in existing features, improving the overall user experience and adding content to expand the universe within the current feature-set.

Sounds good, thanks for chatting with us!

Best part about the game is getting to ride a bicycle into battle, I don’t know why it amuses me so much

mmonerd thickenergy No worries. Having played for some time I think I have a unique perspective on the game. I probably could have made my response three times as long.

A game with a great concept, and terrible execution. I would love to see another company try to make a similar game and do it right. We really do need a WW2 game with actual conquest in it besides the ancient WW2 online game and this one which is just poorly coded and managed.

thickenergy mmonerd wow wasn’t expecting this long reply. Thanks for your perspective .

mmonerd It’s not that the game is bad. I’ve played it for a year and a half, so obviously I’m getting entertainment from it. There are just a lot of things about the game that a new player has no way of knowing other than someone who knows telling them or through trial and error.
There is no user guide and the tutorial doesn’t do much of anything but show you how to shoot a few different weapons. Other aspects still don’t work quite correctly or are not intuitive. The queue system for matches, for example, works better than it used to but still leaves a lot to be desired and new players often don’t understand what options to choose to reduce their queue times.
The game is also fairly unforgiving if you’re not good. The time-to-kill is very short and you either get cunning or die a lot. A whole lot. Which is obviously frustrating for most folks.
Reto-Moto, the developers get a lot of flack from the players. Some deserved, some not. Mostly I think they’re doing a good job. Just not quite making the game I wish they’d make. ;)

It got one hell of a negative review by various steam user !

New World is live around the globe as some queues explode...

Regulators in China and the UK turn their eyes toward streaming,...