END_OF_DOCUMENT_TOKEN_TO_BE_REPLACED
I know that I have complained quite a bit about what Star Wars: The Old Republic doesn’t have, but I still play the game. However, a large chunk of my time is spent roleplaying and creating roleplay-centered events with my guildies. In fact, we held an RP-PvP event last night, and many guilds on the roleplay servers are using this bit of a content lull to increase the number of events they put on. So if you were ever looking to get into roleplaying in SWTOR, now might be the time to do it.

On the topic of our RP-PvP event, I also saw some of the worst roleplay imaginable during this event as well. During a previous post, I talked about a friend who just could not seem to wrap his head around roleplay. I respect that. But there is not understanding roleplay, then there are the things that I saw last night. In fact, many of the things that I saw were so awful that they inspired me to write this article.

If you haven’t guessed it, these are the top five worst things players do during roleplay inspired by last night’s RP-PvP event. I am not going to name shame anyone in this article, regardless of how tempting it is, but it should be noted that none of my examples is from my guildies. If they are reading this, they should know that they are in the clear… for now… 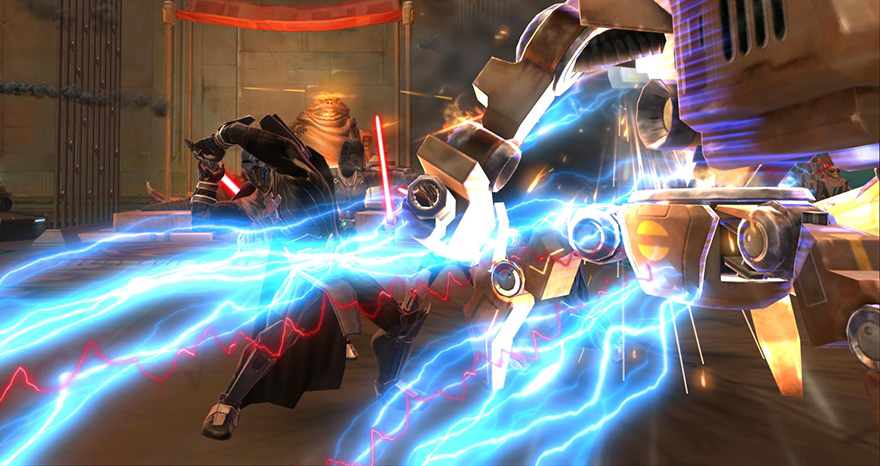 When I say trolling, I mean showing up to an RP event, knowing that there is going to be roleplay there, then actively trying to not roleplay or disrupt other people who are roleplaying. It should go without saying, but people still do it and think that it’s all in good fun.

Our event yesterday was on our flagship. As a guild, we enjoy allowing other roleplayers to use our flagship for their events. The decorations are amazing, and it’s taken up literally a year to get it to the point that it is now. Allowing others to use the space adds to our personal fulfillment. However, when people disrespect the venue, that infuriates us. 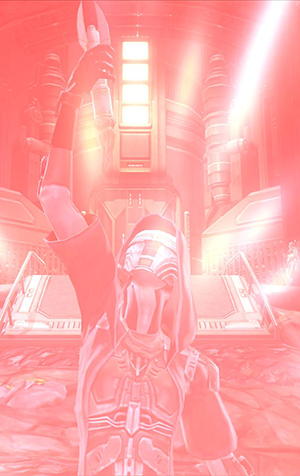 Three times last night, a player didn’t give me enough time to type. I consider myself a decent typist. I’m certainly not the fastest, but I’m adequate when it comes to roleplay. I don’t leave people waiting on my reply for too long, but then I don’t leave my emotes so ambiguous that the other players have to guess at what my character is doing. But three times last night, someone just left in the middle of the conversation as I was talking to him.

I was tending bar, which is daunting by itself. If you’ve never done it, then you don’t know how challenging roleplay can be. There was one player who walked up to the bar and asked for a Jawa Juice (an actual Star Wars drink). Before I could reply, “Would you like a bottle or on tap?” he had fled, literally ran to another conversation on the other side of the room.

This kind of thing can happen a lot if there are multiple conversations happening at once. People do not always reply at the speed you would like them to, but you should always give them a chance. Personally, I would go so far as to send the person a polite tell asking if he or she had missed my post before moving on to the next conversation.

I’m not sure that I have to really explain why this one is bad, but it did happen last night – often. I understand that in PvP it can be necessary to jump some because it resets your position to the server (no joke). But unless your character has liter springs on the bottom of her shoes, there is no reason to hop everywhere you go. I lost track of the number of people who would literally hop when they moved their characters… or in some cases when they were just standing and watching the matches.

I like emoji. :-) I like using little characters in text conversation when trying to express how I feel about something. :-P However, using emoji in roleplay is just as off-putting as my use of emoji during this article. O.o Somehow, these quick character inserts are completely out of place. :-(

It didn’t happen often, thankfully, but last night a handful of people would openly use chat shorthand and emojis. One player after losing a couple of matches in a row launched a hailstorm of symbols and a couple of “U sux!” The only thing his was missing was table-flipping. (╯°□°)╯︵ ┻━┻

I understand that emojis are a fast way of expressing emotion, but roleplay isn’t about speed. It’s about creating a good story and characters. I would suggest that next time you feel that an emoji is an appropriate response that you take a little time to write out the expression on your character’s face.

I know that some people might consider using emojis breaking character, and in a sense it is, although it could be argued that the emoji represents the character’s emotions at the time. Regardless, flooding roleplay space with out-of-character speech, or even worse, filling the space with emotes and particle effects that your character would not be doing at that time, is really bad.

At the end of the event last night, we started to kick people from the ship because we just could not put up with any more of the out-of-character antics while many other people were attempting to do some semblance of roleplay. Just before we removed them, there was a group of people who were literally using tank vehicles and turret items to fire particle effects everywhere. I’m sure it was all in good fun, but it was distracting other players’ roleplay.

Tell me about your worst roleplay experience in the comments below. Don’t use names, but I’m interested in hearing about some of the roleplay sins that you’ve witnessed, even if it wasn’t in SWTOR. Are there any big ones that need to be added to this list? Let me know about those in the comments, too.