Funcom’s second quarter financials for 2016 rolled in over the weekend. Of note, revenues are down 36% compared to the same quarter last year “due to gradual and expected decrease in sales from the current Live Games,” the company says. But it’s also managed to cut operating costs over the same period and has repaid some of its debts (including that half a million dollar bridge loan from June) by issuing stock and continuing its corporate restructure.

There’s not too much new on the gaming front; work continues on Conan Exiles and yet another game with the IP that is still in “concept development.” Funcom also reiterates that its US branch is still working on another small The Secret World spinoff whose “main goal [is] to increase the competency of the North Carolina team in Unreal Engine 4.” The studio writes that “due to this risk and the experimental nature of the title, it is not expected to have a material impact on the business.” 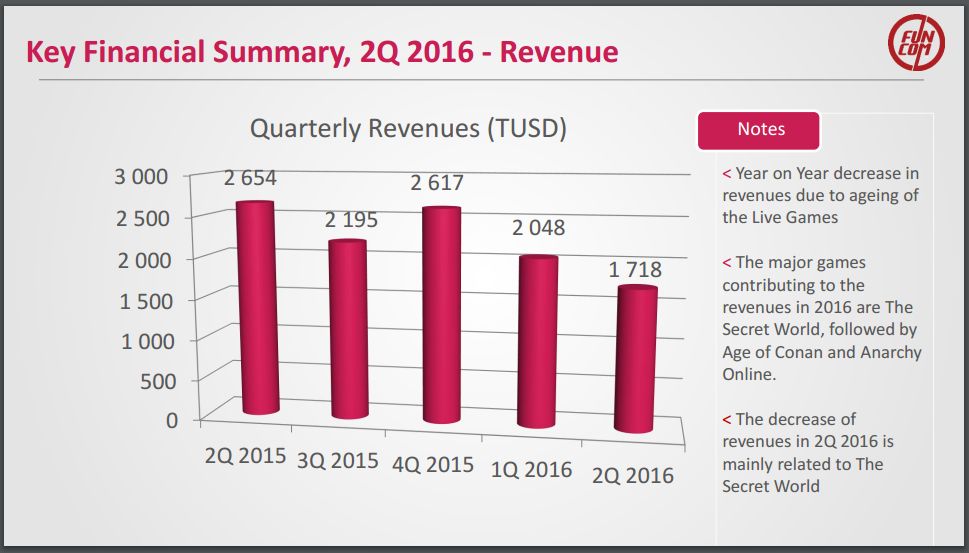