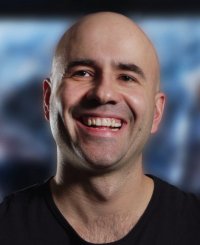 The official BioWare blog announced last night that Anthem lead gameplay designer Corey Gaspur has passed away. Gaspur had been a staple of the studio for most of the last decade, known best to our audience for his work on Dragon Age: Origins, the Mass Effect series, and of course Anthem, the last of which was only just recently revealed at E3 and already has MMO and multiplayer fans champing at the bit.

The studio didn’t elaborate on the circumstances of his death, but as VG247 points out, BioWare employees have intimated it was sudden and unexpected.

Our heartfelt condolences to all of his family, friends, and colleagues.

So sad to have lost a member of the BioWare family. Corey Gaspur was an amazing designer and friend. I will miss him greatly. https://t.co/fJSWMnizaU

Most of the young deaths in our industry come from burn out where you attempt to live the crunch for six months to year finishing one game then take four months off then spend six months in crunch to help the next project go through crunch mode, so much that working ten hour days to fourteen hour days becomes the norm, and people start missing sleep and it causes health issues. Burn out, heart attacks, stoke, all kinds of things that if the hours are cut back to manageable ten hour days, where you don’t work through lunch helps. I was big proponent of being able to as an option bring your lunch to your desk and eat it as slowly as you feel instead of trying to spend twenty minutes getting to a restaurant choking your food down and twenty minutes to get back to work. But the stress is caused by trying to work too fast and making mistakes and getting behind having to fix the mistakes you would not have made if you took a breather and worked a tad bit slower.

Its like a slower version of the japanese manga industry’s heartless work machine.

I remember on the Halo 3 behind the scenes disc when they were doing a little bit on crunch, there was a lot of comments about how wacky everyone gets, but one soundbite which stood out to me was “Crunch is the bed of divorce and madness”

A lot of websites are posting it was suicide due to stress. Makes you wonder how common mental health issues in AAA development are. Indie devs have a strange tendency to wear them like badges of honour but i really would not be surprised if its kept schtum like a mark of weakness in big budget companies.
You take someone suffering in silence and have the climate of your studio be ‘andromeda seems to have killed the mass effect brand, now biowares futures riding on YOU’ or something and thats a pressure thats building with no reasonable outlet.

Last one I remember was Jeff (NGE) Freeman

What happened? He looks young

“The studio didn’t elaborate on the circumstances of his death, but as VG247 points out, BioWare employees have intimated it was sudden and unexpected.“

A real shame, he wasn’t even that old :( condolences to his friends and family.

Corey did some pretty amazing work. ME3’s gameplay would not have been as awesome as it was without him. I have dumped hundreds of hours into ME3 co-op, largely as a result of his innovation and influence. A damn fine designer and his death is a huge loss to the greater gaming community.

I hope Anthem will fully live up to his dreams. I’m sure there will be a proper homage/memorial to him in there.

People thought 2016 was rough for this kind of thing. 2017 isn’t shaping up any better.

Thoughts and prayers to his family and his team.

The Daily Grind: Which MMO has the most familiar-feeling bars and taverns?

The Daily Grind: What makes for a good MMO boss fight?

The MOP Up: Runes of Magic helps you catch up