END_OF_DOCUMENT_TOKEN_TO_BE_REPLACED
To Steam or not to Steam, that is the Secret World Legends question — now that the horror game has relaunched on that platform, that is. For those who have never played this game or The Secret World before, that could be an easier question to answer. However, anyone who has a TSW account or who has played SWL already will have to make some decisions as to which platform to utilize going forward. There’s a chance that the choice might also have an time limit on it, though none has been expressly stated, so putting it off too long may become a problem in and of itself.

What are the benefits and drawbacks of each choice, and what is the process to switch if desired? We’ve got some answers right here to help you untangle that web. Speaking of the Steam launch, how has that gone? We’ll discuss that here along with our Secret World Legends Steam/No Steam guide. 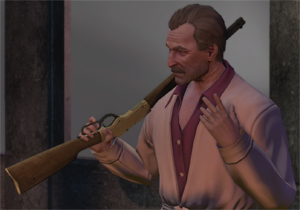 After five weeks of live SWL play, the game finally launched on Steam. Now players have a choice whether to play the game from Funcom’s launcher or from Steam’s. However, it is really important to note that choice will be a one-time deal; once the decision is made, that will be the only launcher that can be used for that account. Unlike many other games, there is no possibility of moving between the launchers in order to log into the Secret World. Funcom explained that this is due to how patron works: Since the player will pay for purchases and patron subs via the respective platform, only that platform will have the information. I admit I do not understand the technicalities of this, but in an age where so many games are moving to cross-platform play, it feels very odd to go the other route and be restricted even on just the PC. Other games let me log in on both Steam or studio launchers, and others still (nod to AQ3D) allow me to log into totally different devices and still play the same account.

Since the final decision is irreversible, you may want to put some thought into it. I myself was initially looking forward to utilizing Steam, but now I am unsure. I’m taking into account the pros and cons before I make up my mind. So here are those facts as I have been weighing them:

Honestly I wanted the ease of adding SWL to my Steam library, and the thought of missing out on exclusive cosmetic bothers me, but I actually do not want to be tied exclusively to the Steam wallet. Also, I very much do not like the idea of having one single account available through Steam, meaning if I let my kids use my PC or laptop to play and they choose not to use Steam, I’d have to keep two clients on my hard drive.

On top of that, the Steam launch hasn’t been without it’s difficulties. Folks on Steam are currently running into issues with their patron status not being recognized, which can severely impact gameplay. Think no cache keys, the extremely long cool-down timers, and no free teleports! There was also some surprise and confusion when some players were automatically switched to Steam and could no longer log into their account and play until the re-downloaded the client on Steam or converted their account.

On the plus side, for many others this launch was exactly what was needed to jump in and give the game a try for the first time. It looks like it was also a positive boost to the game. It definitely opened up to a much broader audience! And the game is currently sitting at a 79% positive review rating on Steam, which is wonderful. This means more folks may take the plunge and experience the amazing story and atmosphere of the game.

After all this, and since there is no going back, I am still decidedly undecided as to whether or not I will make the leap to Steam. This choice is going to take me a while. You, though, might already know what want to do! If unlike me you’ve come to your decision, what do you do? There are different steps depending on your situation. Here’s the breakdown:

A special case: For those who had multiple Secret World accounts and played via Steam, you have to go in and individually select which Steam account you want linked and link it. All others will have to remain.

Will you make/have you made the leap to Steam? Are you now trying the game because it has launched on Steam? Share your thoughts in the comments below!