One of the things that I believe is utterly vital to writing about games in general and MMOs in particular is finding the fun. It’s sometimes difficult, but I think finding the fun is the difference between saying that a game is hot garbage (which it may be) and saying that it’s not to your tastes. That’s not to say the fun is even always there to be found, but if you can understand why someone might enjoy the game, you can at least work from common grounding.

It was something I hadn’t managed the last time I played through Shroud of the Avatar. I wanted to find that this week, and I’m happy to say that I did… sort of. My suspicion is that I didn’t so much find the fun as I found some fun, but considering where I was starting from when going into this week, I’m more than willing to take that as an upward move.

Last week’s comments, somewhat to my surprise, were filled with vitriol about this particular game. That was interesting to read through, and also elucidating. I’m not saying that everyone who had angry words was necessarily on-point, but it paints a more comprehensive picture, and it also points to the deep divide that exists over how the game has been handled and managed to this point.

It also serves as an illuminating look at some of the issues I was running into head-first as I worked at the game. This means that it expands the question of “is this a bad game or just not to my tastes” to include the fact that, top to bottom, it’s a game with a lot of powerfully contentious issues about how development and release has been handled thus far.

Case in point: the skulls. Someone helpfully pointed out that the little pile of skulls outside of a zone indicate the zone’s difficulty level. However, what wasn’t clear until I looked very closely was that those skulls aren’t, like, a display; there’s just a little stack of skulls on a pike somewhere near the zone entrance. If you miss that, you miss any indication of the game’s overall difficulty.

Immersive? Vaguely, I suppose, if you assume that there are people helpfully going about and mounting skulls to indicate how many skulls there are to be found in the region. But it’s hard to see, unclear, and generally more of a mess than it needs to be. A level range or a straight difficulty check would be far more easy; just a message indicating “this area will be suitable for you” or “this area is too weak/strong for your abilities” would be far more user-friendly.

This is going to be a point of contention for some people, probably until the end of time, but in the fight of immersion vs. accessibility, I’m always going to come down on the side of the latter. The more obtuse your game is, the less likely anyone will play it, much less want to see how immersive it can be. Immersion is worse than useless if it deprives you of useful information.

In this particular case, it’s a minor thing. Less minor are other aspects, like the fact that you have to go to the (unheralded) adventuring trainer to realize that you have several unlocked skills not mentioned through any prior means. That may seem minor, but it’s the difference between wading through combat that’s somewhat plodding with bad animation and odd stuttering factors… and doing so with at least enough skills to form some form of strategy.

Here’s the bright side, though: Combat was where I did find the fun for the game, helped along by equipment, fizzle chance, and the game’s skill system.

For those unfamiliar with the basics, it’s really quite straightforward: As you do things related to skills, they improve. Passive skills improve as you do anything tied to them (so just attacking with bladed weapons improves your Bladed Weapons skill), while active skills improve as you use them. Training new skills often requires a prerequisite level in a prior skill. Straightforward and simple. 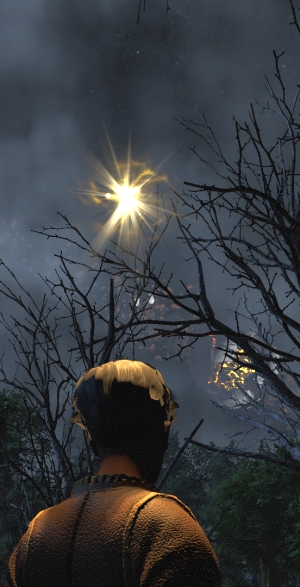 The added wrinkle came in the form of fizzle chances for magical skills, which I appreciate and like. Heavier armor raises the fizzle chance, but you can train up the skill to improve your chances of casting successfully even in armor. I like this because it really does give you options about how you want to play your character. Want to do the hybrid thing? Sure, but you’re going to need to focus in on a handful of spells to make sure you can cast them through armor, and you can’t wear the heaviest armor and not have it impact your casting.

It’s also balanced decently at a glance. Lower-level utility spells are spells that are pretty easy to cast and don’t get a high fizzle chance even if you haven’t used them much, so you can easily train them up and make them usable. High-end spells, though, frequently require many reagents and are hard to cast normally, which means that your hybrid caster sort will really not want to go that route. It’s a nice means of organically forcing some parity into things.

None of this means that the skills are all well-balanced and even, or that things are straightforward, or even that it’s not still a mess. The game’s actual in-game map doesn’t seem to work half (or perhaps all) of the time, which makes navigating a really fun ride, let me tell you. There are weird prerequisites for a lot of skills, and I suspect I’m going to have to do a fair bit of grinding in order to unlock dual-wielding blades, which is my preferred way to play most games.

But as weird as it might sound, wandering around, killing and looting bandits, vendoring stuff to get more gear while training skills up? Yeah, that was fun. Maybe not the most fun I’ve ever had, but I at least found a fun gameplay loop. I’m going to consider that a point marked.

The downside of “just wandering,” of course, is that it doesn’t really force me to any new decision points, but the up side is that it gives me a chance to try something new with the column format. (If you haven’t noticed by now, I enjoy doing that.) So this week we’re doing something different. If you’d like to leave a suggestion for what I do over the next week, place it in the comments in the following format:

Suggestion: You should try crafting.

All suggestions will be considered, and more common suggestions will be given more weight. Will it be fun? Gosh, I hope so. You can also leave more general feedback in the comments down below or via mail to eliot@massivelyop.com. I have to figure out how heavy I dare go with armor; it’s a serious problem.

Welcome to Choose My Adventure, the column in which you join Eliot each week as he journeys through mystical lands on fantastic adventures — and you get to decide his fate. He is well aware that this particular approach may lead to mountains of unusable suggestions and would ask that you refrain from troll options like “go play something else.” It’s not clever.
Advertisement