As you all know, I like to roleplay in Star Wars: The Old Republic. In fact, creating characters and creating struggles for them within that universe is my favorite thing to do. A lot of my free time is spent coordinating with other players, designing scenarios or plots to run our characters through. I give all my characters vastly different personalities and motivations. Creating stories on the fly and without a script both excites and challenges me.

END_OF_DOCUMENT_TOKEN_TO_BE_REPLACED
On more than one occasion, I have been complimented on my ability to create a highly immersive character that really seems to live in the SWTOR universe. But I’m cheating. I usually have multiple browser windows open on my three monitors. As I’m typing out the conversion with another character, I will pause for a moment to look something up — sometimes obscure — to add to the conversation so that it appears that my character actually lives in this world. One of my characters seems to have an uncanny ability to know how to get practically anywhere in the galaxy, and I cheat for that, too.

After you finish reading this article, you will have the major tools that I use to take my characters and their conversations to the next immersive level. Here are five tools to up your RP game in Star Wars: The Old Republic.

This one is obvious. You need to learn to navigate Wookieepedia. It is really the single source of all information Star Wars. The hardest part of using Wookieepedia is that there is almost too much information, and there is no way that one person would ever be able to keep track of all it. The biggest thing to understand is the divisions and how to find the information you’re actually looking for without falling down a rabbit hole to nowhere.

Wookieepedia is divided into canon and legends. When looking up anything for SWTOR, you will want to look under legends because the game was written when legends canon was the canon. And if you attempt to use the current canon, you’re likely to run into some contradictions with the overarching SWTOR story. The second division is a bit harder to see, but there are certain items that only apply to the A-New-Hope timeline. And the only way to know that what you’re reading applies to the timeline of SWTOR is to look for dates between 5000 BBY and 3600 BBY.

There are some universal pages that can help, though. Inevitably, you will end up at a restaurant or bar during the course of your RP. You will want to bookmark the alcoholic beverage page and the food and drink page. 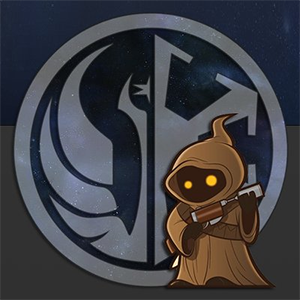 For example, my Rattataki Sith could mention something like this in passing during a conversation: “My father used to tell me: ‘Don’t stir up too much trouble or you will end up like Lord Vich.’ So I’m going to quietly study in this corner.” The other players don’t have to look up anything to understand what’s being said, but if they do — or if the players know about Lord Vich — then they will have a deeper understanding of my character and even my character’s father. It adds just a bit of flavor and also subtle depth that changes my character from just another Rattataki to someone with a past and connection to the world around him.

The TOR Community Galactic Timeline page is perfect for gaining perspective of where our characters sit in Star Wars history as well as for links to each of the events it lists so that you can really hone your character’s story within that event.

With the millions of habitable worlds in the Star Wars universe, there is no way that everyone will have wholly adopted a single language. In fact, canon says that Huttese is just as common as Galactic Basic. Even in a single country in the real world, you’re going to find people use two different words for the same. Just ask someone in the Midwest what a crayfish is, and he will look at you funny, just as someone from the East Coast might punch you ask them for a pop.

I will go to the Coruscant Translator page and pick out a few words from a related Star Wars language to slip into my Basic (English) to help give my characters a bit of colloquial flavor. Language can really define a character or culture. Mandalorians have it written into their code that they have to speak Mando’a.

One thing to shy away from is translating whole sentences and having full conversations in a translated language. First, it’s not the best translator because the verb tenses are off most of the time, and it also doesn’t add to the scene if no one else can really understand you.

Full disclosure: This page is not canon, but many of the words and phrases found here are or have been adapted from canon. It’s also been accepted language within most of the Star Forge roleplay community.

I mentioned having a character that knows how to get most anywhere within the galaxy. Well, the reason I can do that isn’t that I have the Star Wars Atlas readily available, although I do! The reason I can find things quickly is the Star Wars Galaxy Map website. It’s based the Star Wars Atlas, but it’s even more in-depth because it gives trade routes. Most importantly, it has a search function. The Atlas has an index, but the search function is so much better. And like the Timeline, the Star Wars Galaxy Map gives links to the different systems, hyperspace lanes, and sectors.

My greatest secret of all lives on a site called the D6 Holocron. This website holds all the old West End Games books and even ones that are just based on the D6 tabletop game. I like D6, but there are many things that I believe make it not conducive to MMO roleplay, especially in SWTOR.

However, there is a single book that is any SWTOR roleplayer’s dream. I wouldn’t suggest using the gaming systems within the book, but the practical knowledge laid out in Galaxy Guide 16: The Old Republic will change everything for you. Although it’s not 100% canon, GG16 takes the abstract ideas that are canon and morphs them into something usable in roleplay.

It’s not one single tool that will make your roleplay deeper and more interesting for everyone. But the combination of these tools and your imagination can literally change your game. Let me know your favorites roleplay tools in the comments below.