Some Daybreak fans, including our own MJ Guthrie, are receiving a cryptic note from Daybreak this week – best check your old email accounts! Apparently the MMORPG company, most recently in the news for a major round of layoffs and best known for the EverQuest and H1Z1 franchises, aims to announce a new game this week on Twitch starting at 1 p.m. EST. 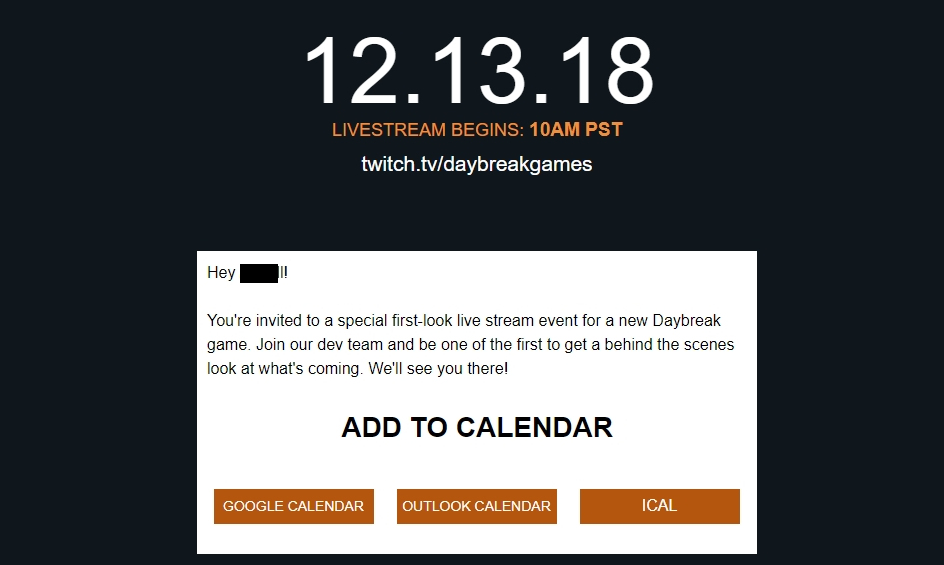 Let the speculation begin! Think it’s PlanetSide Arena or something else?