But it’s not exactly the sweeping victory for emulators that it’s so often touted as. It’s a stepping stone on the way, but we have a long way to go before we can spin up a completely legal rogue server for our favorite dead game.

That’s the topic of this week’s installment of Lawful Neutral, where I intrepidly pore over needlessly complicated and complex copyright exemptions to tell what you what it really says… hopefully with less Advil.

Recapping the story to date

Back in 2015, we reported on a DMCA exemption for some abandoned online video games, but only for those that required online access to authenticate to play the game. Shortly after, the Museum of Art and Digital Entertainment (MADE) started petitioning to expand the exception so that it could include MMOs in their preservation efforts. The Electronic Software Association, the business association representing the interests of large publishers, immediately opposed the petition, going so far as to demonize MADE as a “clubhouse where people gather to play games” and suggesting its goal was “enabling public gameplay, rather than preservation for serious scholarly purposes.”

The expanded exemptions that MADE started pushing in 2017 were actually included in 2018, but not exactly how MADE wanted. The scope of expanded exemption was significantly less than what MADE was pushing for, and while it’s a step in the right direction, it wasn’t the wholesale win online gaming activists hoped for. 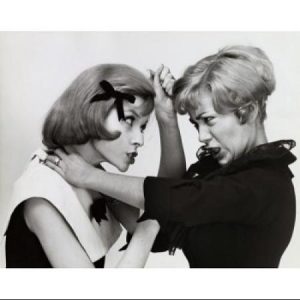 Originally, I was going to start with the actual text of the exemption, but ultimately I didn’t think it would add much to a regular reader’s understanding of what’s going on here and why this is all so confusing.

So instead, let’s start with how exactly the Copyright Office defines “complete games” because depending on the section, the definition changes.

Here’s one of them: “For purposes of paragraph (b)(12)(i)(A) and (b)(12)(ii) of this section, ‘complete games’ means video games that can be played by users without accessing or reproducing copyrightable content stored or previously stored on an external computer server.”

However, that takes on a different meaning in another paragraph: “For purposes of paragraph (b)(12)(i)(B) of this section, ‘complete games’ means video games that meet the definition in paragraph (b)(12)(iv)(A) of this section, or that consist of both a copy of a game intended for a personal computer or video game console and a copy of the game’s code that was stored or previously stored on an external computer server.”

Lawfully acquired – that means one thing

In the exemption, the Acting Registrar goes out of her way to call out the “lawfully acquired as complete games” idea. For single-player games, this is pretty straightforward: If you didn’t pirate the game, you legally acquired it.

Why are these things never clear?

We were getting close to a pretty good understanding here, so let’s add another couple wrinkles. First, the exemption does allow users to modify code for games for personal, local gameplay for some games with online components – namely, those needed to check in with the online server for authentication purposes. As long as that’s all the game is doing with the servers, a normal person can change the code to remove that authentication check. You are also permitted to do that only when the server doing the authentication check is offline rather than online.

The part of the exemption that got gamers and preservationists so excited stated that “an eligible library, archives, or museum” could actually get old online games up and running – assuming, of course, that they had lawfully acquired the “complete game” (again, defined as client and server code). Lawfully obtaining the server code is a major hurdle for preservation efforts as most developers didn’t ever publish the server code. In most cases for older sunsetted online games, the original server code doesn’t even exist anymore, even if a publisher wanted to turn it over.

What makes an library, archives, or museum “eligible” for the exemption? According to the ruling, such an institution must be be “open to the public and/or [be] routinely made available to researchers who are not affiliated with the library, archives, or museum.” In other words, not just anyone can create a non-profit, claim to be eligible, and start setting up games. 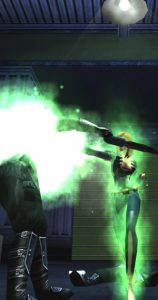 In the rationale for the exemption, the Acting Register explicitly excluded emulators, reconstruction of server code, and reverse engineering of code. Those actions, she says, infringe on the copyright owner’s exclusive right to create derivative works.

So let’s take a current example of this – and I’m sure it’s the one you’re all thinking of right now – City of Heroes. The original i23 or incomplete i24 clients could be eligible for exemption under these rules since players came by their copies legally, but clients for patches beyond that would never be eligible for the expanded exemption because they’d be considered a derivative work, and of course, binding it all together would require server code nobody’s got lawfully. Because we have to take the complete game as client and server code, that means the whole kit-and-kaboodle isn’t eligible for the exemption.

For City of Heroes to be eligible for exemption, an eligible libary, archive, or museum would need to work with NCsoft to get the i23 or incomplete i24 code and NCsoft would need to provide the original server code… assuming it still has it.

Of course, this only matters when the copyright owner is around to make a claim. If the entity that originally held the copyright isn’t around to make a claim, or isn’t interested in pressing that claim for some reason, then of course this is all moot. That’s why this was a good stepping stone on the path to true preservation of online games, but it’s not a sweeping win. Most companies are either not able or not willing to provide preservation efforts with copies of server code for ancient online games, making this whole exemption largely a symbolic win. For now.