Boy is it good to be back here.

I’ll be honest, not much of what I did while flying around in No Man’s Sky was terribly different from what I’d normally do in the game before the big ol’ Beyond multiplayer update. That said, it has been long enough that I forgot how this game does a lot of its simple joys really well, and it was good to be reminded for this week’s Choose My Adventure.

I’ll also be honest in that what I did is probably not the most terribly interesting in terms of an overall article. That’s mostly because I was lost in the wanderlust that this game really tends to encourage so well. So you’ll just have to excuse me this week as I get rather effusive about how nice it was to fly around and show you a bunch of pretty pictures. 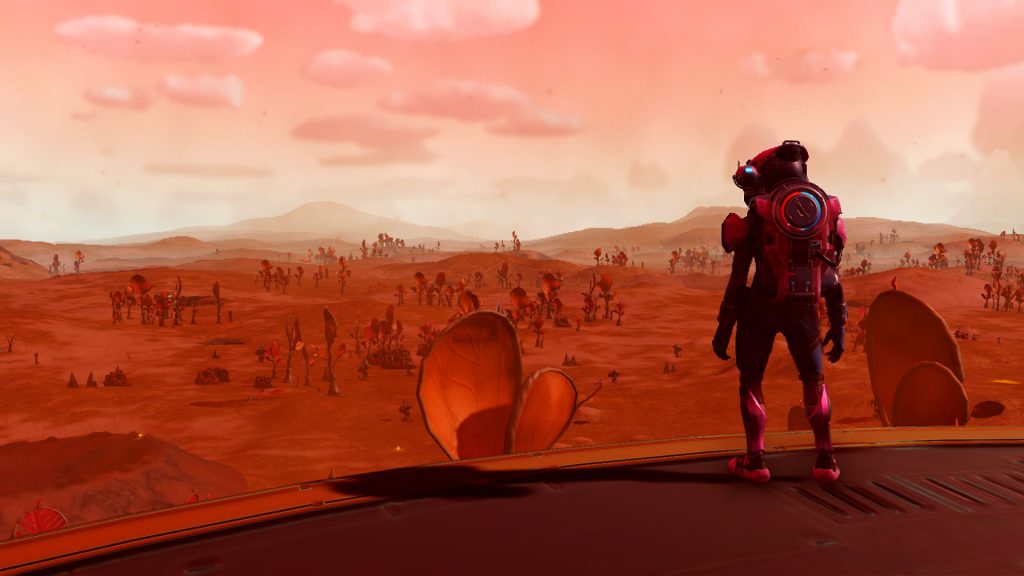 As I alluded to last week, I started the game in Creative Mode because I really can’t be too terribly fussed to worry about the usual survival sandbox babysitting chores. What I did get told to do by you readers is to explore. While I had hoped that I would maybe find some other folks while flying around, I also realize that the size of the game’s universe pretty much made that almost impossible without visiting the Nexus.

Let’s talk about the Nexus for a moment. The comparison to this location and Destiny 2’s Tower is pretty appropriate. It’s a summonable instanced location where people effectively congregate by osmosis as they’re milling about doing other things. The opening beats of my new game guided me to this location and guided me along to some points of interest, but overall this location is just as utilitarian as I had assumed.

What was nice to see, though, is just the number of people wandering around. I don’t necessarily need to be doing group content or clawing my way up the top tiers of gear score to feel part of an MMO’s community, so a little active mini-hub like the Nexus is perfect for the sense of being included without being in someone else’s business or worrying about a meta.

Of course, time in the Nexus wasn’t the point of my journey. The point was to hop in to a ship, land on random planets, and look at neat stuff. First, though, I had to get to the character editor to dress myself in a sweet hot pink suit, then head to a space station to find a cool spaceship to buy. Because even though I was not likely to run into any new lifeforms, I still had to be at least somewhat interesting to look at. Which is why I went for the spaceship that looks like a first stage rocket thruster with a cockpit bolted on top. 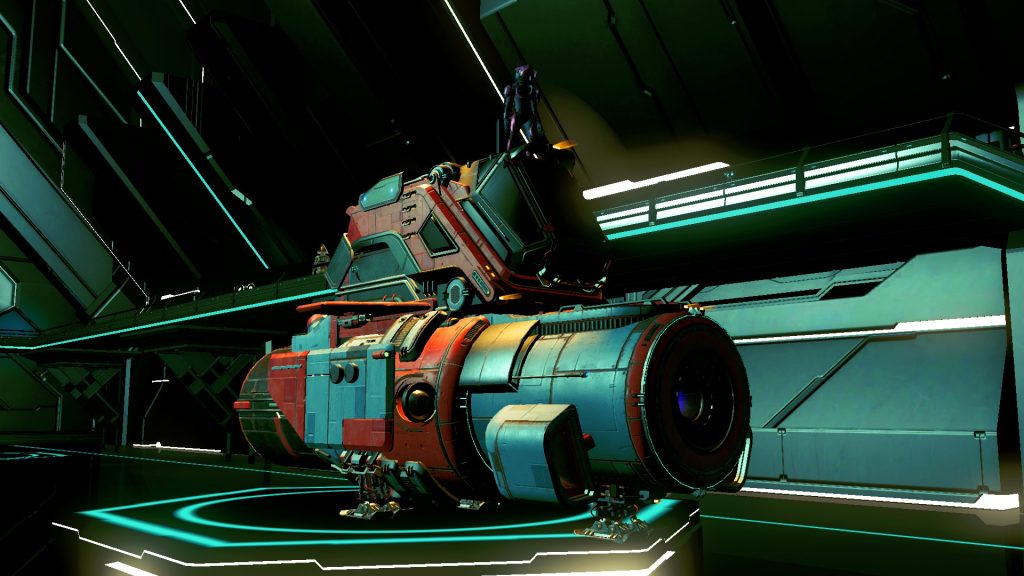 The rest of my time in No Man’s Sky was spent with the game’s brand of chill and laid back sightseeing, which remains as great as ever to experience. Playing on a keyboard and mouse feels extremely weird, especially when it comes to flight controls, but overall I had a great time doing the classic stuff this game was good at right out of the game. Especially after the frustrations I gave myself with last week’s game.

As for the multiplayer stuff? I think I’ll have to investigate that and report in on my own time. From the brief time I spent in the Nexus, I could see this being something one could spend a lot of personal time in almost exclusively. That’s, really, what this game seemed to be missing from the jump: different reasons to play. At launch, it mostly was about flying around and looking at stuff, which is definitely not a thrill to everyone. Now, things feel more fleshed out than they have before, and I absolutely could see myself doing nothing but things from the Nexus with other people.

For now, though, it was nice to get back to what No Man’s Sky was really good at and has only gotten better at with its improved planet generation tech. I even saw some planet types that I don’t recall having seen before. Maybe it’s some form of memory loss or maybe it’s because I’ve been away from the game for so long, but even some of the more barren planets had some interesting terrain and features.

This was way more therapeutic than I think most people reading this column realize. So, genuinely, thank you. Whether you meant to or not, thank you. 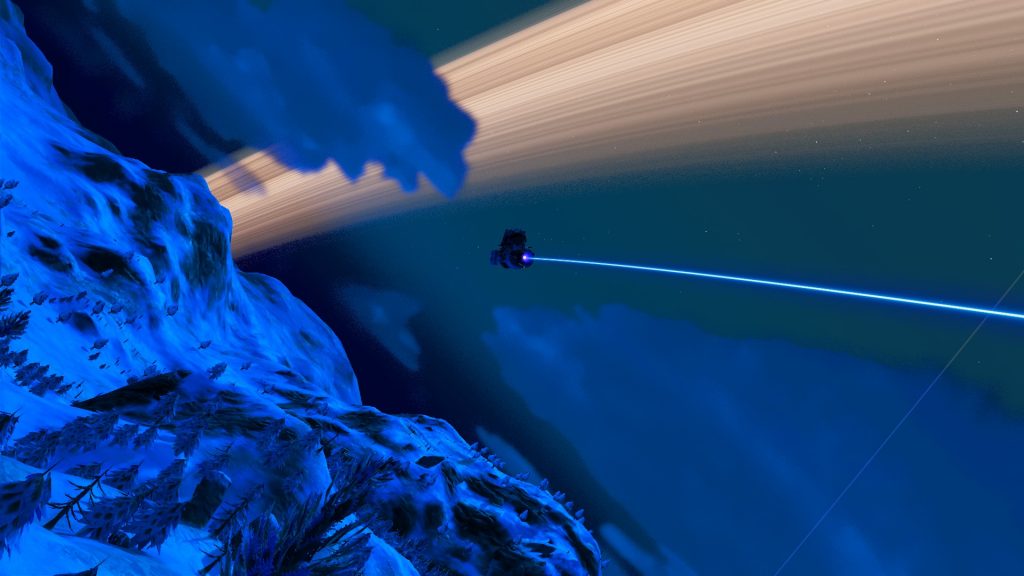 In fact, I’m feeling so refreshed, it’s time to continue our Not So Massively CMA from the tranquil skies of space to the frenzied firefights of the looter shooter. I am now actively seeking to stress myself out. Woo!

There’s a few options that I have available to me here, and I kind of think I know how the voting will go, but all that said, here are next week’s choices and where I am in respect to each:

Which multiplayer looter shooter should I head in to next week? 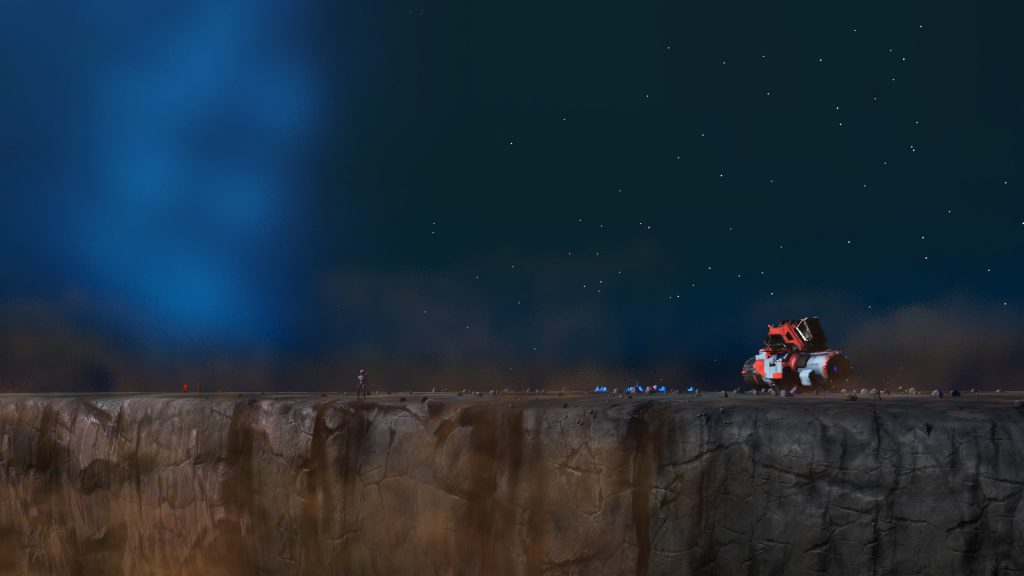 Polling wraps up at the usual 1:00 p.m. EDT time this coming Friday, August 23rd. In the meantime, I have some more neat things to look at and pretty screenshots to take. Seriously, every game should have a photo mode.