While thoroughly enjoying playing Astroneer’s special event in honor of Apollo 11’s moon landing 50th anniversary that’s happening now through August 31st, I was surprised to come across grumblings about how this and the free special summer skins were offending players. Complaints about gating content behind limited-time events were driving some players to declare they will never play again, or insisting it would have dissuaded them from bothering to purchase and play the game altogether. Wait, what?

I admit, I was kind of taken aback by that. After all, this event is doing limited-time events right; Astroneer has pulled me in and I am having more fun than ever. But after that initial surprise of the statements wore off, while thinking about all the ways System Era is doing it right, I could also see the ways that limited-time events are done wrong throughout gaming. And when they are done wrong, they do dishearten, frustrate, and even chase players away. I know, I have been there. So I can better understand initial negative reaction to hearing something is for a limited time only. I’ve felt that way, too. I even discussed the topic in a previous Massively Overthinking.

So limited-time itself is not the problem. But there’s definitely a wrong way to do it. And when limited-time things are done wrong, that can be be the opposite of fun, and ultimately damaging to games.

Too often the phrase “time-limited” appears to be used to create a false sense of urgency or scarcity meant to spur people to purchase without thinking. This is especially true when the limited-time is extremely short or supply very low. Who wouldn’t resent high-pressure sales tactics? It’s like a pushy salesman who needs an answer right now: I just say good-bye and walk right away from them. Who can’t call to mind some examples various cash shop trickeries like limited-availability items? Yes, this tactic this is bad.

If this special something is only for days or a week, chances are plenty of folks — including me — would be prevented from it by the mere existence of real life. Just drawing from a recent personal example that compounded a death in family, illness, and caring for someone with special needs, I most definitely missed out on any limited-time gaming things during my forced time offline. Add in people’s vacations, moving, or maybe, just maybe, taking a short break to enjoy that thing called life, and you could easily miss a couple weeks or a month of your favorite game. Being penalized for that makes folks less happy with a game, so why run that risk?

One example in my own experience was the land rushes of ArcheAge — most notably after server merges. If you weren’t right there at that moment with your perfect connection, you lost out. I lost my entire housing development that took me almost three years of patience and in-game gold deals to acquire. I have not been back. 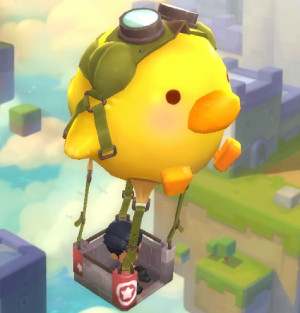 Limited time doesn’t have to be short in duration, either. Events that force you to be there every day in order to succeed are also wrong and frustrating, even if — especially if — it is a long-term thing. Sometimes I log in and participate, and other times I simply can’t. Neither option makes me a happy player. There have been times I have come to resent a game when I felt forced to log in and grind instead of log in to play. I hate feeling forced! That already sets me on edge (if I do not outright rebel). I have done it to get something I really wanted — but not without serious consequences.

I’ve actually gotten to the point where even thinking of logging in makes me unhappy and aggravated, which drives me away from the game. I remember well (while shuddering) going for the Doomboard achievement in The Secret World and then avoiding the game for quite a spell afterward. Isn’t that the opposite of what studios want?

Other times, I have done that long term grind (or even easy daily log in like The Elder Scrolls Online) and then because of one real-life circumstance, missed that ultimate goal near the end. Oh, that’s a whole extra level of frustration! I know I have had experienced missing out by just a bit many times, but (thankfully?) my mind is protecting me from those memories. Right now, the only one I can easily recall is the whole year-long Indrik mount thing in ESO can make you just want to give up when you miss one part (though luckily it has some wiggle room to make up for some parts).

Sometimes, I just can’t do it at all. I just have to accept I know it won’t be possible and I ignore it. In fact, I pretty much ignore the game. As with a particular MapleStory 2 example recently, I very much wanted the special item offered during Duck Days: a ducky hot air balloon is just so me. But I needed to be in game grinding for that every single day for weeks. I knew that there was no way, so instead I stopped logging in altogether after the first couple of days. I haven’t been back yet. I’ll play again, but I feel no real draw to it any time soon.

Additionally, I can understand the unhappiness with the idea of limited-time offers/items that end up excluding players, making an us vs. them scenario. Feeling left out, especially purposefully, is never a fun thing. Most folks should be past the whole In Crowd thing, and our games should not be fostering that kind of divide. 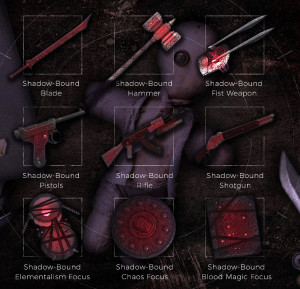 I understanding feeling the pride of being a part of something, or being with something for a long time, or even putting a lot of effort into earning something. But that doesn’t justify making newer players, players who missed something due to RL, or future players who are looking to join feel like less of an asset to the game. They are! Without those new folks, those folks who return, and those casual folks who are sticking with it, the game will die and be gone for everyone. There are ways to have all of this and still still include all once, now, and future players.

This does not include, however, initial founders/supporters or games. Special items given as rewards before a game launches is another topic. However, once the game is out and events are happening, they should be recurring so everyone can ultimately get the chance. One that really irritated me was the Revenant ARG rewards for Secret World Legends. A pack might be purchasable from the Steam store if you have the game on Steam; I can’t tell since I don’t have it on Steam. This leads me to being super annoyed that special exclusive packs were being given to folks if they moved their SWL account to Steam.

Missing out on story

A bit related to the In Crowd is missing out on major content, especially story content. As much as I thought I liked the idea of living, changing worlds, I have discovered that I really do not like when a world is changed to the point that I can never experience major parts of its gameplay or story. I really get turned off by missing story. For me, an example is the whole destruction of Lion’s Arch event (and loss of all the first season) in Guild Wars 2. Life prevented me from getting to experience it all and now I can never do it! That story content is dead and gone. I lost all interest in the game and never bothered to log in until I was enticed back for brief moments by the new mounts.

There’s a right way to do it

Just because there are many wrong ways to do limited-time events does not mean there are no right ways. In fact, as I mentioned earlier, Astroneer has done it quite right with the Apollo 11 event. Stay tuned to next week’s Survivalist for a even more on why limited-time doesn’t have to be a dirty word! Until then, feel free to share what your worst experiences with limited-time was.