As interesting as figuring things out on my own in Citadel: Forged with Fire may have been the first time around, I have to admit that starting up on a new server and coming in with advanced knowledge has made things feel leagues better.

As per the voting, I’ve shuffled on over to a different server, which effectively means I had to reroll my character. That would normally be supremely annoying, but the first 10 levels really do go by in an absolute blur, and I was able to effectively get myself into fighting condition within a matter of two hours as opposed to nearly a day. This meant better planning on where to spend my skills, which recipes to unlock first, and even where to start (Raincourt. Always start at Raincourt).

This also effectively meant I’m by myself, however. The server I chose had one other player when I started and that’s about it, but then I also think that at this early stage it means next to nothing. I have to assume that the stuff that one does with others in this game is relegated to the higher tiers of levels and crafted items anyway, so it just makes sense to go it alone for a little while. 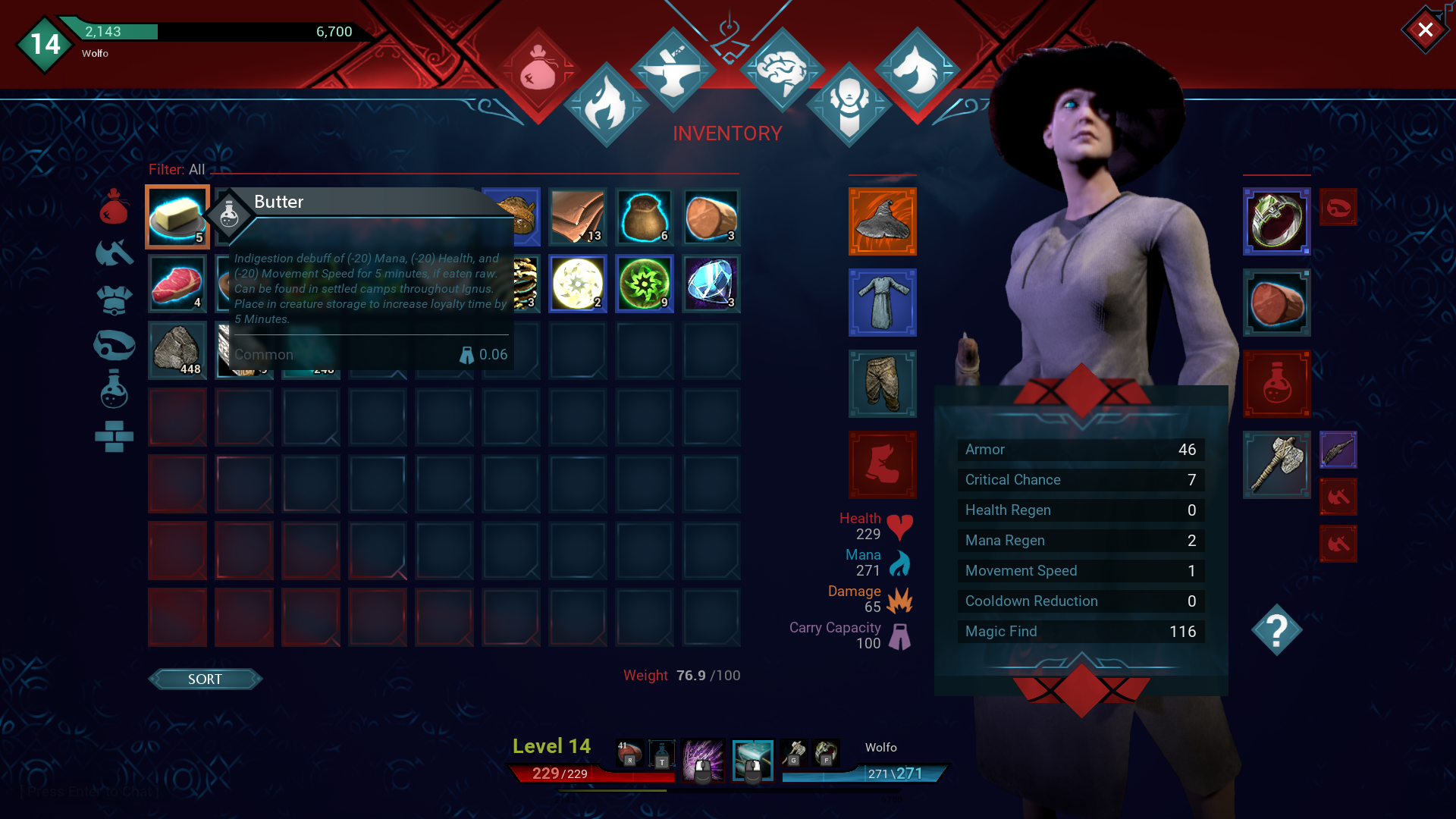 This steady rise in personal power has definitely been more entertaining overall, not just because I arrived with knowledge but because I was able to research just what to do in many cases. I contend that I probably would have figured out where iron ore comes from or stumbled upon certain spells, but using the resources that other players have put together has been pretty invaluable, especially since it helps me circumvent some of the annoying parts of Citadel survival life like how to craft certain spells, finding out which rocks yield the ore I need, or just where the hell Beam-type spells come from.

You know, things that aren’t covered in the bloody tutorial.

Much of this rise in personal power also comes from the ability for me to finally establish a base of operations. I was finally able to plonk down a little house and get myself really going on making some of the better equipment. There’s certainly a sense of accomplishment that comes from erecting a place in the wilds of Citadel, even if my house design is the epitome of noob utilitarian design aesthetic. You all know the kind; a single room with crafting stations, four walls and a roof, and a couple of lights.

I gotta believe literally everyone makes their first survival sandbox house this way. But to hell with the looks. I’m proud of my little noob box. 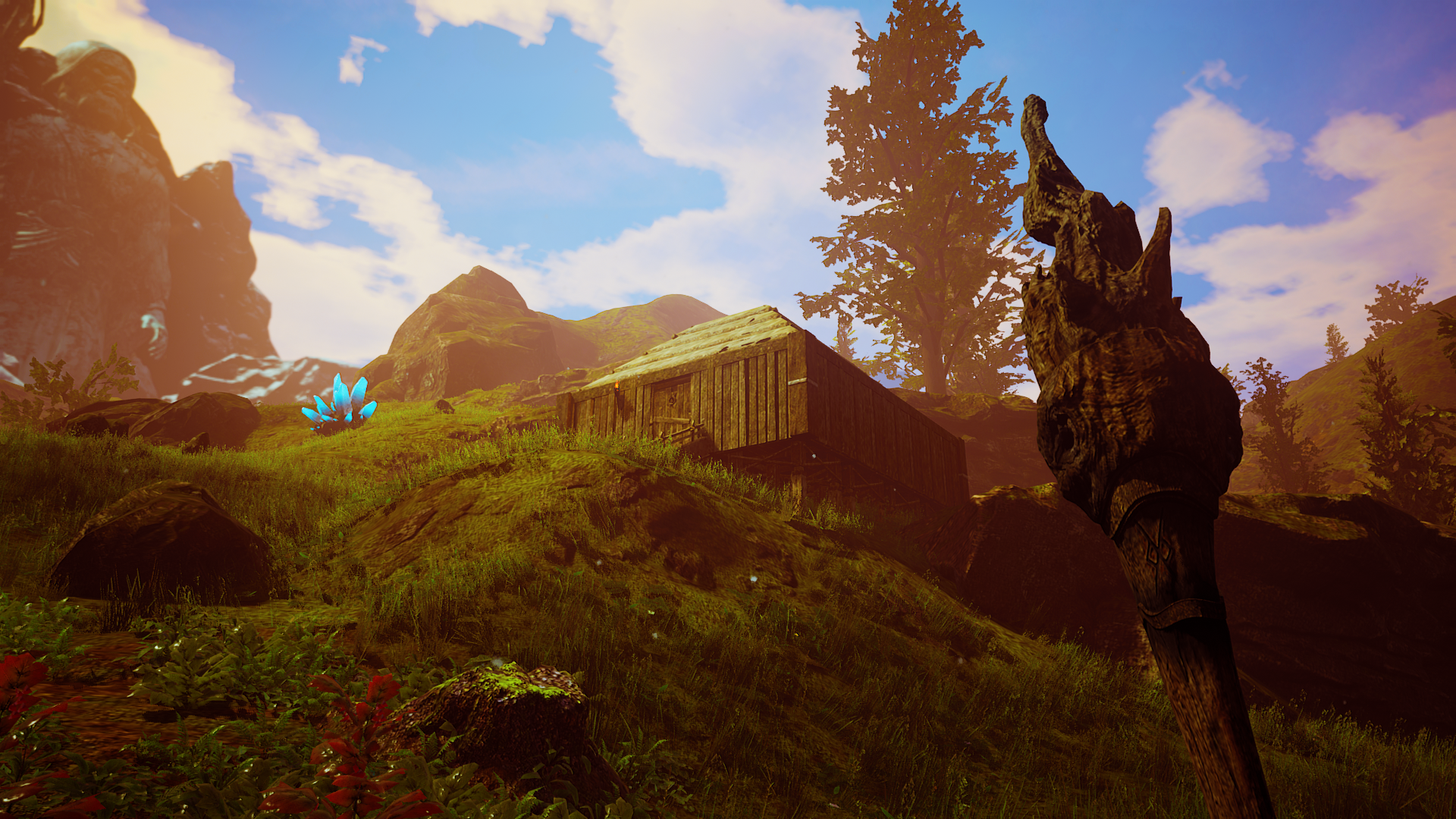 In spite of this small sense of personal accomplishment, there are a couple of things that kind of bother me about this stage of the game. For one, I feel like I spoiled myself playing in things like No Man’s Sky Creative Mode because starting with barebones wooden basics kind of sucks, especially since I’m one who really likes to design his personal space. Granted, I could have easily gone more grandiose in my chateau du new guy, with several rooms and floors, but I also am looking for some more interesting pieces than what I have now, and those interesting pieces don’t come until later levels. Because survival sandbox design mechanics.

Speaking of design mechanics, my other major gripe is that my Throne – the item that effectively claims a land, my building, and all the stuff inside – decays over a period of 10 days. I basically have to make sure I keep peeking in every 10 days to rebuild my throne, otherwise my stuff will decay and eventually disappear.

Granted, the Throne costs nothing to build, but I’m curious what bright spark thought that idea was a good one. It’s almost like they’re setting up a way to buy a permanent Throne in a cash shop later down the line, or they’re so confident that people will constantly keep playing the game daily that they figured nobody would care. I’m far more bother by this design choice than I probably should be, I’ll admit, but it also has this whiff of arrogant confidence that people are eager for more, like how the end of “Mac and Me” ended with a scene promising a sequel when nobody wanted to watch the first film. 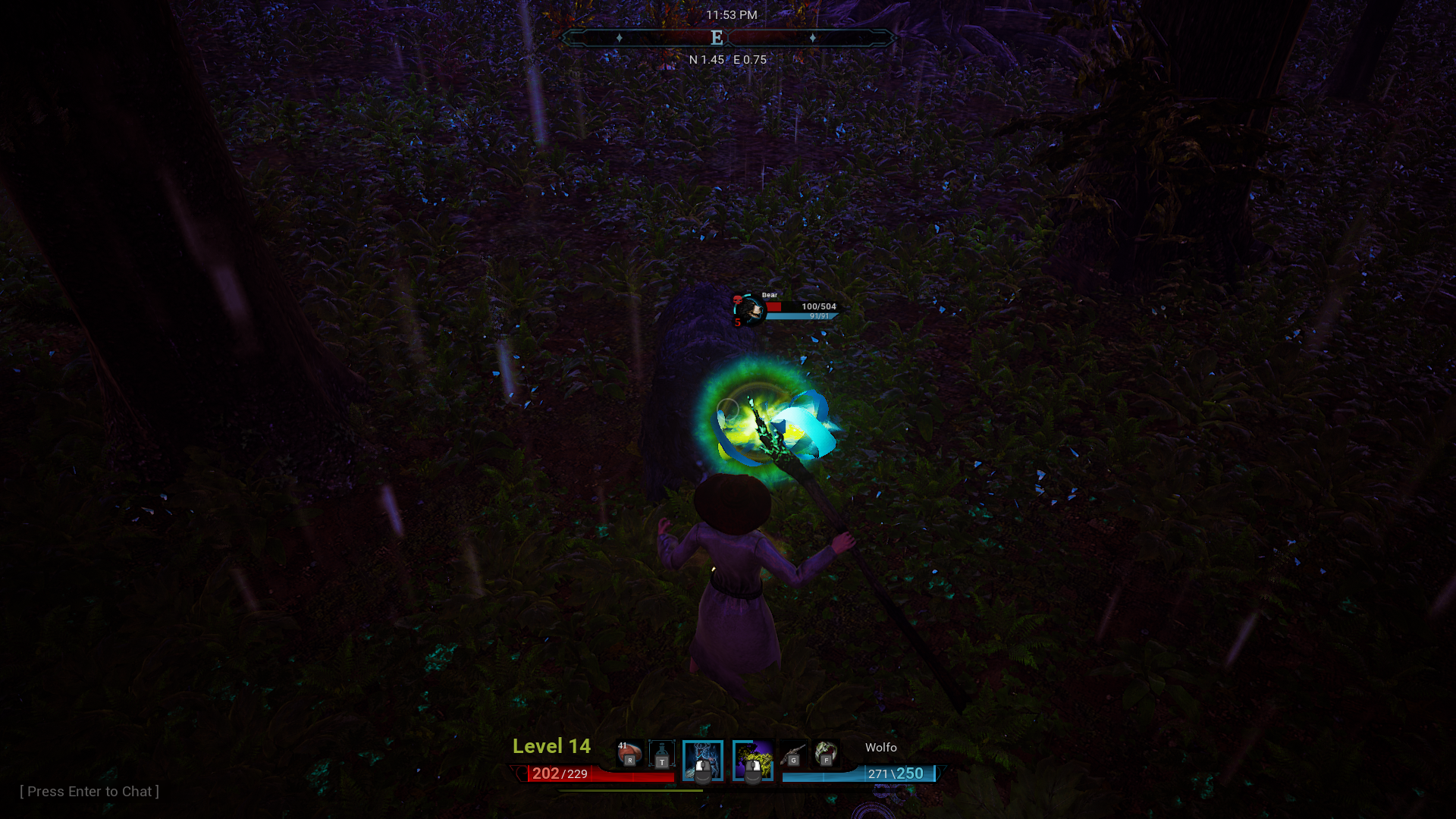 Speaking of time-gated things, I decided to tame myself my first pet, a bear that just happened to run up and smack me in the face a few times. Using guides, I learned how to make the Pacify spell and how to effectively tame a critter (whittle it down to about 20% health first), but imagine my surprise when I saw a timer counting down after I tamed my bear and discover through research that tames are temporary and not permanent.

So how do you keep a pet under your thrall? You either have to feed it certain foods or you stuff Soul Binding Scrolls into its inventory to keep it tamed longer. And one of those certain foods, by the way, is butter. I kept my bear with me using butter. I buttered him up.

This is going to become an annoying little contrivance down the line, especially when I get to a point where I can start taming things like dragons. I’m certain the creation of these Scrolls is not a big deal, but it’s just another one of those brow-furrowingly weird design choices that remind me of just how obnoxious survival sandboxes can be. 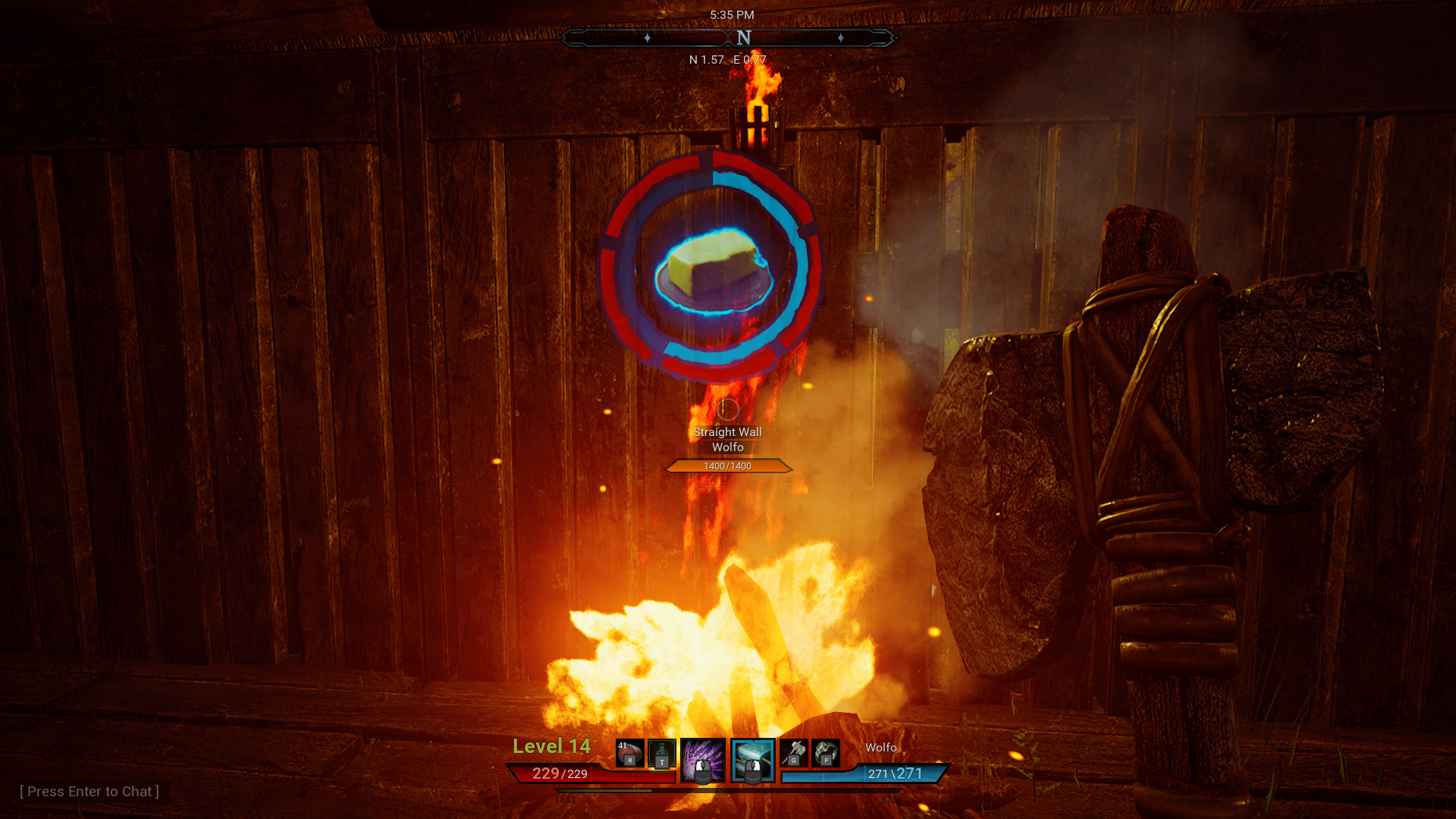 But that’s a bridge I’ll have to cross way, way down the line. My immediate future is focused on what to do next, and that means a couple of polls!

Poll #1 is about pets, actually. More or less. I’m near a point where I’m thinking about further expanding my boundaries and that means transportation, which means I’ve got the choice of making a broom mount or taming an animal and turning it into a mount. So, how would you all like to see me travel Ignis?

What should be my mode of transportation?

Second is regarding content. Now that I’ve gotten out of Raincourt and finished up the tutorial quests, the world is basically mine to command, and while PvE still remains my primary focus as per our initial vote, it’s the question of how to experience that PvE that I need to decide. Either I can simply head to the quest markers I see dotted around the map, or I can explore points of interest like caves and enemy camps. How do you want me to progress?

What content should I take on as I explore the world? 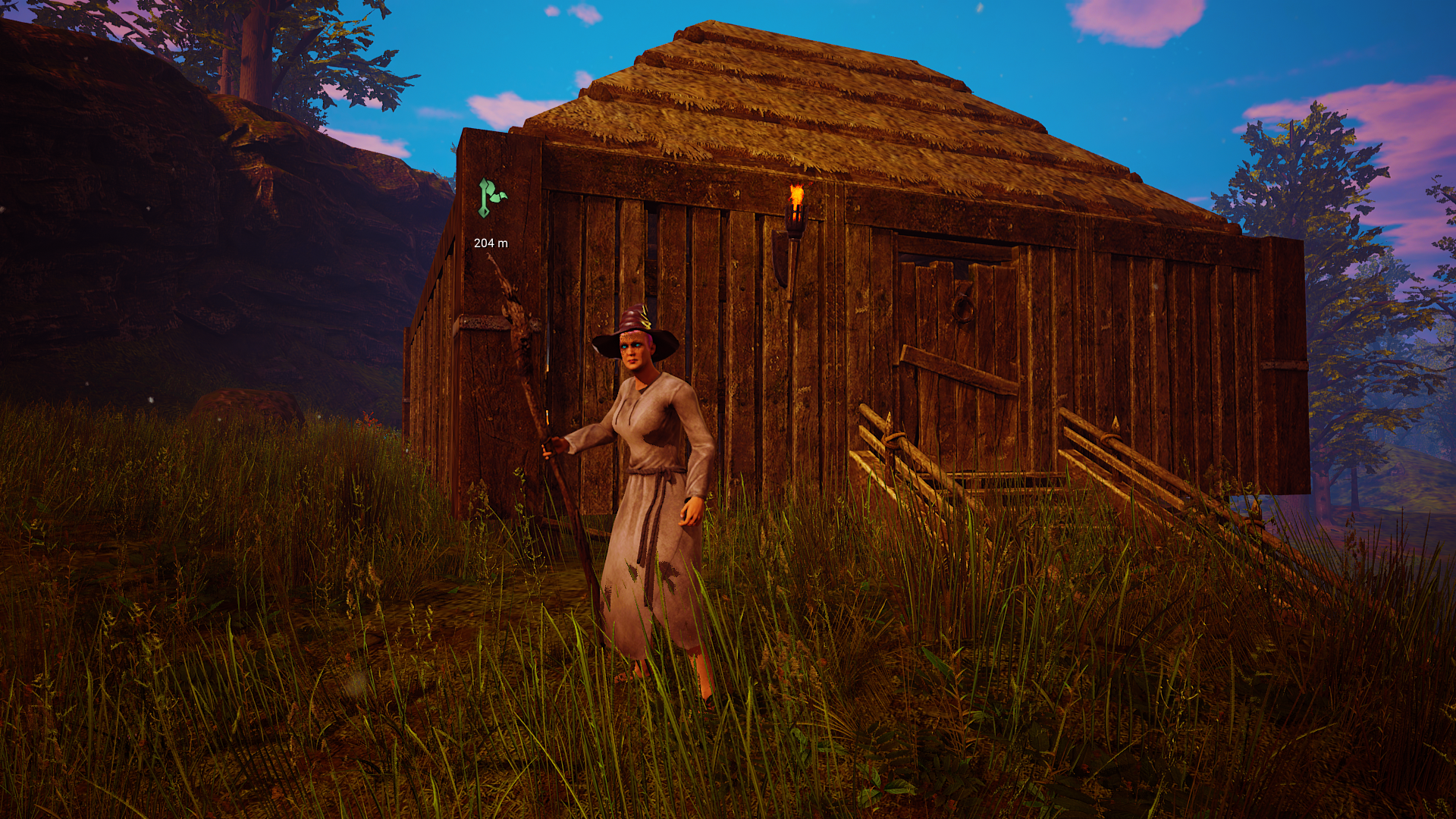 Polling closes the usual 1:00 p.m. EDT time this Friday, November 15th. I’ve got a bit more research to do in the meantime, but thanks for your participation until next time!