When I played We Happy Few, one of the things that surprised me the most was how much I enjoyed the survival mechanics. I worried they might be annoying, but I found them an enjoyable and immersive experience. Soon after, both Fallout 76 and Conan Exiles ran free weekends, and I got to broaden my experience of survival mechanics.

What I learned from this trio of games is that I’m a fan of survival mechanics, but not of survival games.

Of the three, Conan Exiles was by far the least enjoyable for me. By contrast, I enjoyed Fallout 76 much more, despite its wealth of jank. There are a lot of reasons for this, and not all are relevant to this discussion, but I think one key factor is that Exiles is a pure survival game, and 76 isn’t.

Both Exiles and 76 had a lot of issues I found irritating, but I was a lot more motivated to work past them in 76, and I think part of the reason for that is that Fallout 76 has a storyline and a sense of purpose to it that Conan Exiles lacks.

In Fallout 76, and in We Happy Few, the need for food, drink, and rest isn’t the whole game. It’s just one part of the greater tapestry, and I think that’s what makes it fun. 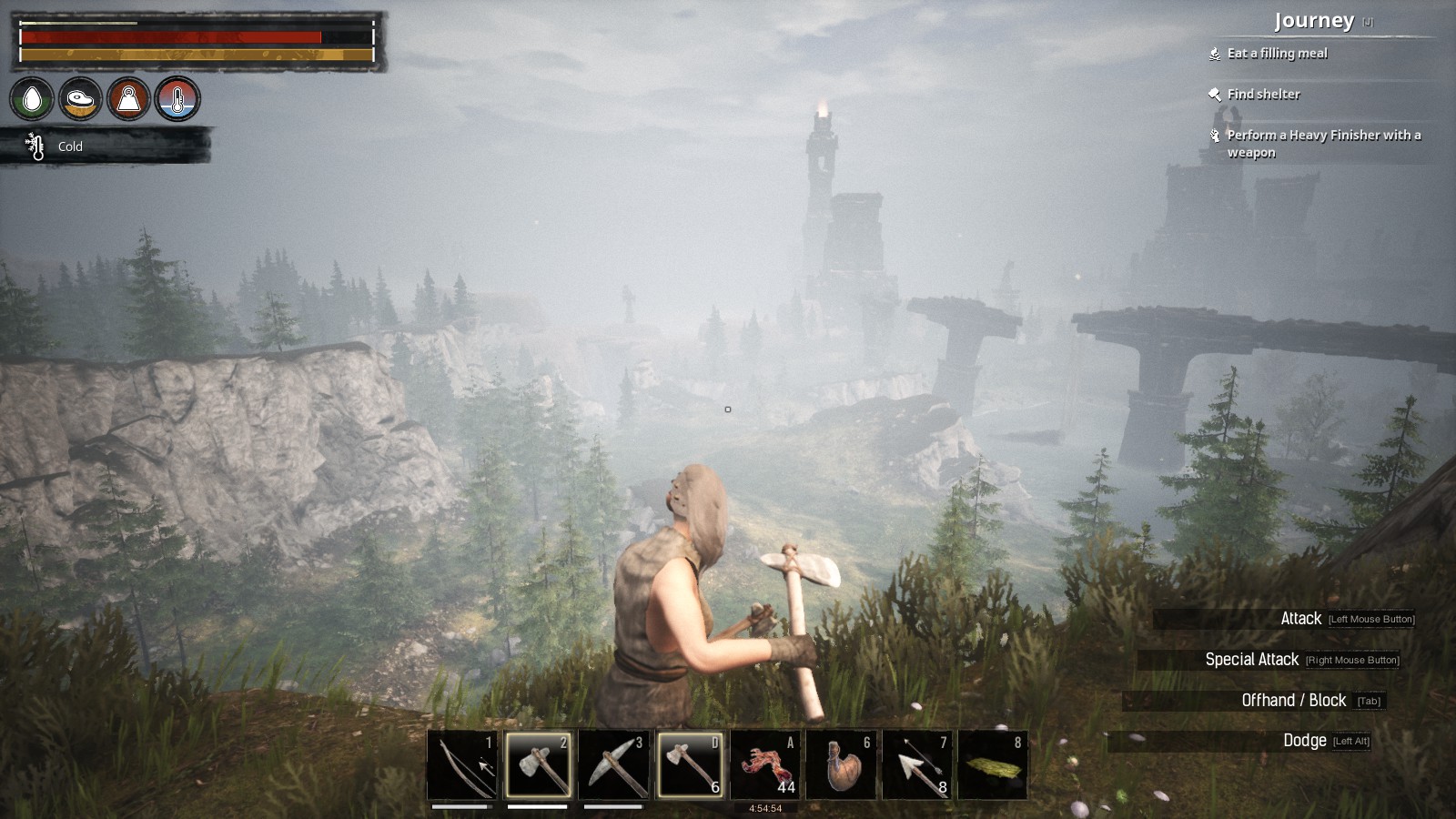 When I wrote about how We Happy Few felt like a virtual world despite being single-player, I talked about how the survival mechanics helped root me in the world, and I think that’s the advantage that survival systems can bring to games. They’re not all that compelling on their own, but as part of a broader experience, they can add an element of immersion that really elevates the gaming experience.

Think of it like using salt in cooking. Too much ruins the dish, but just the right amount enhances all the other flavors.

Player housing is a great example of a system that is greatly enhanced by the addition of survival mechanics. I like the idea of player housing, but in practice I usually find a rather dull feature. It tends to feel too disconnected from the rest of the game. It’s fun to decorate, but then why go back? Too often there’s nothing to do with your in-game home other than stare at the walls, and that’s not really what I’d call engaging gameplay.

Survival mechanics are an easy way to make housing feel meaningful. Make your in-game house a place where you need to return on a regular basis to craft, cook, eat, and rest and it starts to truly feel like a home, rather than a sterile digital trophy case.

Normally, as I said, I don’t much enjoy player housing, but in Fallout 76, building my CAMP was probably my favorite part of the whole game.

For me, the great advantage of video games in general and persistent online games in particular is the immersion. You can experience becoming part of an imaginary world in a way you can’t with something static and non-interactive, like a movie or a painting. It’s what makes this particular art-form special. 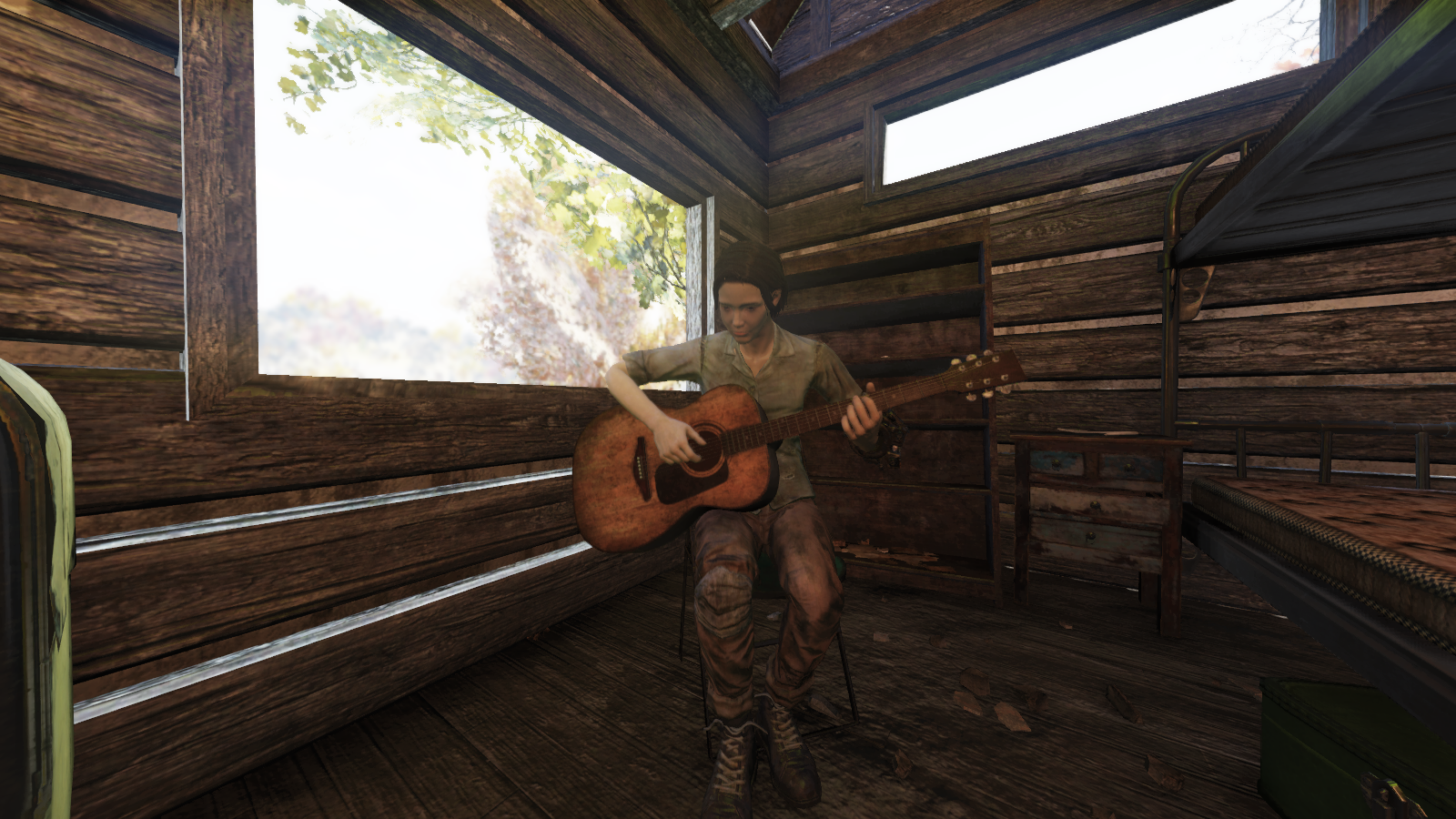 Handled correctly, survival mechanics can do a lot to enhance that immersion. Giving your character human needs like hunger and thirst makes them feel more like a real person, and not simply an avatar in a game.

It would be interesting to see the role-playing potential of this played up even further. Maybe higher quality beds provide a greater bonus to resting. Maybe you could even define your character’s tastes at character creation — do they prefer tea or coffee, spicy food or sweets — and get bonuses when they consume their favorite foods and drinks.

Right now, it doesn’t feel like there are a lot of survival games that fit my tastes; most are pure survival without story or direction, and very commonly they focus on cutthroat PvP, which I don’t enjoy. But with how popular the formula has proven, I wonder if we might start to see light survival mechanics begin to proliferate through other genres, in much the same way ongoing progression and other elements of MMORPGs have spread throughout the gaming world.

That’s something I’d like to see, I think. Obviously not every game needs survival elements, but I do think there are a lot of games that could be enhanced by them. It would be great to see survival mechanics no longer be limited to empty sandboxes and brutal gankfests. I could see survival mechanics working well in certain narrative RPGs like Dragon Age, and as I’ve said before I think adapting some survival elements could work well for an MMORTS.

I could also see the ARPG genre benefiting by stealing elements of the survival toolbox. ARPGs are all about a constant stream of loot, but this often creates problems with poor itemization or endless treadmills. Maybe an ARPG could be less about hoovering up new equipment — most of which is trash — and more about harvesting resources to support your character, or perhaps even a tribe of NPCs that depend on you to provide for them.

It would also be nice to see the potential for co-operative survival play explored more deeply. Right now most survival games have a heavy PvP focus, but it doesn’t need to be that way. After all, sharing resources to survive is literally how human civilization came to be. 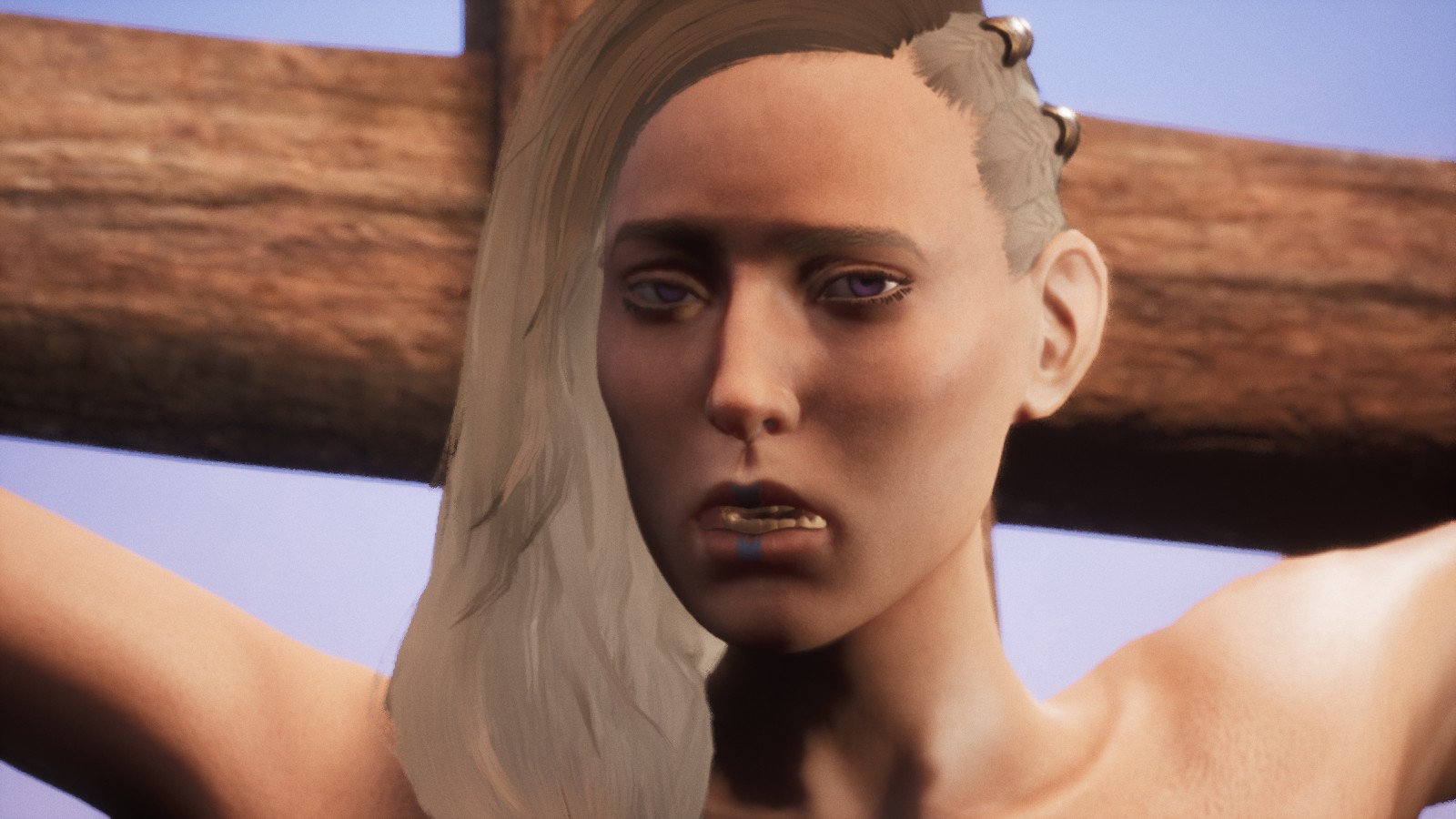 Whatever way you want to go, it’s clear that there’s a lot of potential around survival mechanics that hasn’t been tapped yet. Like a lot of people, I’m fatigued from the constant stream of survival games we’ve seen in recent years, but I am excited about the potential survival mechanics might be able to bring to other genres.