Revelation Online, originally developed by NetEase and published in the west by My.games, recently launched its Skyward World update. It contained updates for players of every level, including an updated newbie experience offering a glimpse into the Skyward story. The release of the new content and new player accessibility seemed to mark an auspicious time to jump in and give it a closer look, so that’s exactly what we’ll get up to in this latest installment of Massively OP’s MMO Cartographer.

END_OF_DOCUMENT_TOKEN_TO_BE_REPLACED
The character customization tool serves as your first entry to the game, and I’m happy to say it’s solid, giving you both the ability to customize your character to your liking and a healthy selection of presets if you just want to click and go. Most people will be happy to note that none of the classes is gender-locked. There are three body types each for male and female characters, although not every class allows every type. This gives you a great deal of freedom to create precisely the character you want to see in the world.

The first thing you will do in the game is to choose your control scheme. I tried both the WASD mouse-and-keyboard and the “action” controls and preferred the WASD controls across the board. I had expected to find the action controls more intuitive than they were for me since I play and have played quite a few action-oriented MMORPGs, but that setup just didn’t feel right to me. I didn’t try the click-to-move setup either; that’s generally not my cup of bourbon. The good news is that you can change your control scheme any time you want, so you aren’t locked into the choice you first made if it just doesn’t work for you.

I understand that there may have been some English voiceovers at one point in the game, but they were apparently removed, so the game is now voiced in Chinese only. I didn’t personally mind that at all; in fact, learning Mandarin is on my bucket list. I just thought I would mention it because that wasn’t something I expected. Some people will appreciate what that adds to the atmosphere, but others might find it distracting.

I ended up playing a few different characters up to level 40 or so, but that isn’t quite the accomplishment it might seem to be. Early levels fly by, and the levels keep piling on if you do the quests and the daily tasks. This is a good thing, as there are features and activities that stay locked until later levels.

My first character was a Spirit Shaper, the healer class. The default body is the female loli-type, but I chose one of the other female body types. In retrospect, I regret not choosing the burly male type. This character was created prior to the update and ran through the old tutorial, reaching level 30 or so before I decided to explore some other classes. 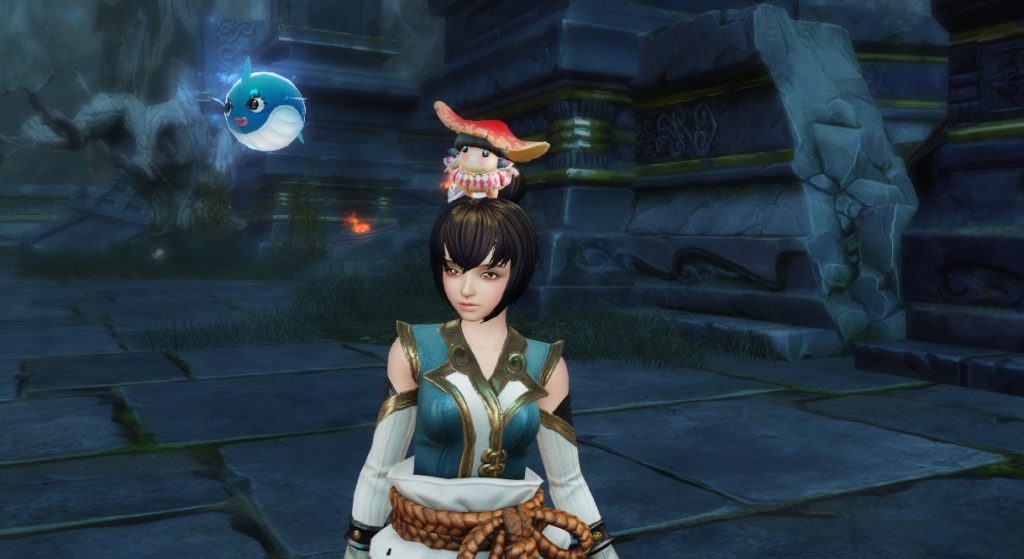 No matter which class you pick, you will soon receive your first battle companion – your pet. Pets in this game level and fight alongside your character. I am a sucker for pets, and doubly so for functional pets.

I tried out the Assassin and Swordmage classes as well, experiencing the new tutorial. The new tutorial section exposes you to the new Skyward kingdom, Voras, as well as the original Emerald Falls newbie zone. I am not sure the beginning storyline hangs together all that neatly in a post-revamp world, but it is still nice to see the new city as well as get a chance to play a stronger version of your character. It also felt somewhat more streamlined to me, but that might have been an illusion caused by the novelty of the experience. In any case, every class goes through the same tutorial, ending up in the same story and questlines, although there are class-specific dailies as well. A window called The Road to Greatness shows you things you can do and you can use it to begin your pathfinding.

And that brings me to another thing that players either love or hate: auto-pathing. I am of mixed feelings on auto-pathing in games myself, but I will admit that I used it and the “Ctrl-F” quick quest completion features quite a bit. It saved time and let me split my attention since I played the game very casually while trying to entertain my homebound children. It conveniently pops you onto your mount or opens your wings to get you where you’re going faster.

One thing I did encounter while using those features, however, was the occasional auto-pathing failure; instead of running me to the nearest portal, sometimes it would run me over a cliff or to some other place I didn’t intend to go. This didn’t happen very often, but I was confused the first time it happened. I think that might be a lag issue since the auto-pathing usually worked fine the next time I tried it. I just don’t want that to be an unpleasant surprise for anyone else! 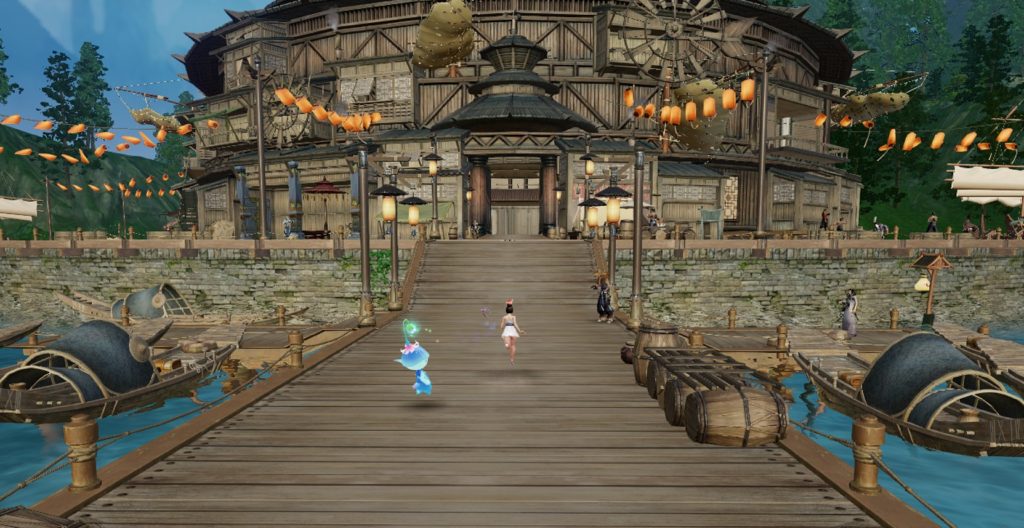 One of the things you can do daily on your Road to Greatness is the Trial of the Four Kings. This is a set of solo, instanced, progressive challenges. Each stage features a different challenge; some are standard “kill these monster” tasks, but others are slightly more interesting. For example, in one of the stages, you are looking for a monster with a specific name in a crowd of monsters that all have a similar – but not identical – names. It’s a quick way to feel like you’ve accomplished something when you’re playing solo and don’t have a ton of time.

Some of the other dailies require a group to even start them. Fortunately, there always seem to be people looking to fill out their groups in the world chat. There are also guilds constantly posting in the chat; I am not sure whether they are genuinely recruiting or there’s something to be gained by advertising your guild, but there’s a steady stream of such chat. The one guild I approached after seeing its announcement turned out to not actually be recruiting. The communication does give the impression that the game isn’t as dead as some people suggest. It is, however, sparsely populated, at least here in the west.

The main reason I have heard for the lack of population is that the game is “pay-to-win.” I had a look at the cash offerings and I can’t disagree with that assessment. The game sells items specifically for upgrading equipment and skills, for instance. The cash shop also offers (cue drum roll) lootboxes. I did not spend any money on it myself because I don’t personally want to encourage that sort of behavior, but they’re on offer for those who do.

Revelation Online is a solidly average Asian MMORPG that could probably use a cash shop overhaul to make it even more palatable for western players. Even so, I had fun playing it casually as a side game that didn’t require much investment. I still won’t be buying any lockboxes, though!

It’s kind of a shame people won’t give it a shot because I think this could be a little gem for the casual player.

I recommend this game; if you are casual player who does not care about end game or pay to win, the world itself is worth exploring, and i enjoyed walking around doing quests, taking screenshots and just explore the world and the game.

I agree. There’s a lot to do and see without spending a dime.

The Cycle plans closed beta on September 30 and previews rewards...

Fortnite might not be back on Apple’s app store for five...