Almost a year ago, I penned a column on grindspot etiquette in MMORPGs. Specifically, I wrote about the commonly accepted etiquette when it comes to grinding in Black Desert. It was mainly based on a common consensus between players rather than the law of the land. I’ve been thinking a lot about that consensus lately as I’ve been working on building up a free account on a Maehwa. I’ve been spending all of my time on the Valencia server, and every time I log in, it always seems as if someone is talking about the “right” way to handle other folks in a grindspot.

END_OF_DOCUMENT_TOKEN_TO_BE_REPLACED
So for this edition of Desert Oasis, I want to revisit this topic. But instead of working through just my opinions on the matter, I’m going to list out the myriad arguments and ways my friends on the Valencia server have been dealing with situations when that Striker’s barreling through their grindspots and taking their loot. I’m not going to take a side, but I will explore the various sides people take as well as explore the reasoning behind the arguments.

It’s probably best to start from the beginning. The problem usually starts when players…

Tell the server someone’s in their grindspot

I’m only mentioning this one because it’s my cue to start heating up my Hawaiian-style popcorn. Pretty much anyone who does this will get ostracized and it usually starts the very civil discussion of how grindspots work. This isn’t always the best thing to do, and while the occasional players might be willing to help out (especially if the offender is their personal enemy), not much will really come from it. It’s probably more productive to tell your guild; they’ll be more willing to help. But that’s too late now: Now everyone on the server is jumping into the verbal fray.

Ever since I rolled a Maehwa, this has been my preferred form of dealing with other players. Between level 58 and 60, I spent all of that on the far northern edge of the naga grindspot. Players know how plentiful the enemies are up there, and it’s a very popular spot for folks who need to level up. It’s best to expect other people doing the same thing you are, and this is why it’s important to practice the mob rotations and figuring out the fastest ways to dispatch the groups because being able to kill steal mobs from that Guardian will force him to move simply because otherwise it’s just wasting time. It’s also satisfying to know that you can slay the mobs while simultaneously outrunning the people.

I could see that this honestly is one of the less time consuming ways to reclaim and defend a grindspot. Players with fast characters and strong gear often benefit most from this perspective.

This one’s a fun argument because of how oddly philosophical it is. We live in a post-modern time (a post-post-modern era?) and players are essentially fighting over a place that technically doesn’t exist. The folks who argue this really do have a point, that unless a player can put her name on it and get direct control of who comes and goes in that spot, then the spot doesn’t belong to her. The only real owner of the spot is Pearl Abyss. But if we factor in the question of “does the art still belong to the artist once it’s put out into the world?” then even that notion is questionable.

The point these players are trying to make is that it’s unfair for people to expect others to abide by their arbitrary set of rules about who owns a grindspot.

Oh man. This one is my favorite. It challenges the very notion of acceptable behavior in a video game and focuses on the subjective nature of the argument.

Karma bombing is the act of being killed over and over by the same player to lower the player’s karma score. Killing players, horses, friendly NPCs, and various protected wildlife are all actions that can drop that score. When it goes negative, guards will attack low-karma players on sight when in town. As added punishment, being killed with negative karma will downgrade equipped weapon and armor. Considering how expensive that is, I’m betting the wallet is certainly a potent weakspot for many players. It discourages players from going on a killing spree outside the desert. (It’s different in the desert because dying with negative karma won’t downgrade gear and there’s a special town for the outlaws.) 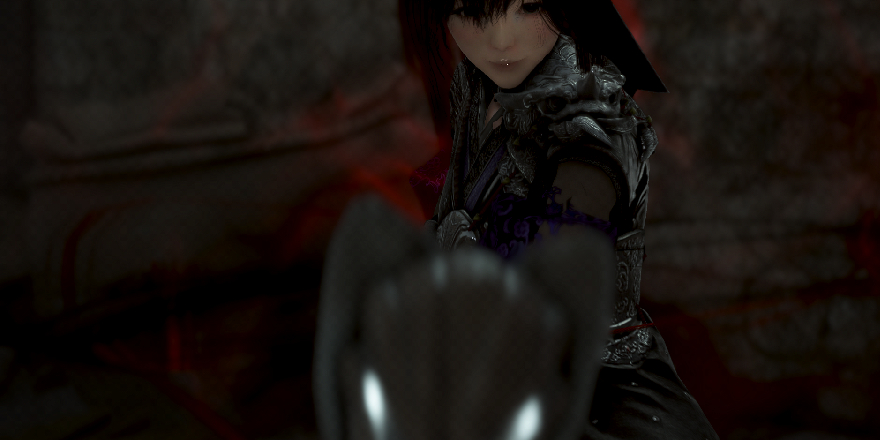 So why wouldn’t some players consider it griefing? It goes back to intention and the notion that players don’t actually own any of the grindspots in the game. And we can’t ignore that there really aren’ any formal rules when it comes to defending a grindspot. If a Lahn bullies a Tamer out of a grindspot, then unless both parties acknowledge “OK the spot is yours” the spot is still contested until one of them leaves.

If a player chooses to return with the intention of getting killed over and over again to make that grindspot undesirable, then the onus falls on the player who took the spot in the first place. He can keep killing the other player, or he can move. It’s a consequence of taking that player’s spot. This argument acknowledges the subjective nature of grindspot ownership and the many ways to defend a grindspot. To my knowledge, PA has never banned anyone over this kind of stuff, so at least to the mods’ eyes, it’s something players can handle themselves. (If I’m wrong about this, I’d love to hear the story in the comments section.)

The other side of this argument says that karma bombing is definitely griefing. I get it; getting a spot back by exploiting a mechanic that won’t get a player banned can fall in the chaotic good category. And it’s certainly rude. If the argument is analyzed from the perspective of what traditional griefing is, then it seems logical. Getting yourself killed for the sole purpose of annoying the heck out of another player and disrupting her grind – that is griefing. But the intent has to be there. If the person’s intention is to get killed, be a pest, and create animosity between players, then that is griefing. The line blurs when the player just wants the spot back and this is the only way to do so.

This is not an end-all-be-all list of grindspot arguments. But these are the main schools of thought. I encourage readers to share their insight on this topic, even if you don’t play Black Desert, since many of these social etiquette issues crop up even in online games without PvP. What’s your take – which argument best resonates with you?