Axios is reporting that Blizzard workers have organized a walkout tomorrow to protest the company’s handling of the sexual harassment and sexual discrimination lawsuit that broke last week. According to the report, employees will walk out in-person at 1 p.m. EDT, while virtual workers appear to be invited to join all day. This particular leg of the protest is being led by “roughly 300 employees” who are demanding a corporate overhaul of recruiting, hiring, promotion, compensation, and arbitration clauses, as well an external audit of HR and executive reporting. One employee did clarify that the walk-out is focused on this specific issue, not on unionization.

As current Activision Blizzard employees, we are holding a walkout to call on the executive leadership team to work with us on the following demands, in order to improve conditions for employees at the company, especially women, and in particular women of color and transgender women, nonbinary people, and other marginalized groups.

2. The adoption of recruiting, interviewing, hiring, and promotion policies designed to improve representation among employees at all levels, agreed upon by employees in a company-wide Diversity, Equity & Inclusion organization. Current practices have led to women, in particular women of color and transgender women, nonbinary people, and other marginalized groups that are vulnerable to gender discrimination not being hired fairly for new roles when compared to men.

3. Publication of data on relative compensation (including equity grants and profit sharing), promotion rates, and salary ranges for employees of all genders and ethnicities at the company. Current practices have led to aforementioned groups not being paid or promoted fairly.

4. Empower a company-wide Diversity, Equity, & Inclusion task force to hire a third party to audit ABK’s reporting structure, HR department, and executive staff. It is imperative to identify how current systems have failed to prevent employee harassment, and to propose new solutions to address these issues.

As readers will surely already know, last week California filed a brutal discrimination and harassment lawsuit against Activision-Blizzard following a two-year investigation. In the days that followed, we’ve seen a deluge of leaked memos, press statements, and apologies from both current former Activision-Blizzard leaders, as well as an outraged chorus of workers raising their voices to call out abuses and lies.

Yesterday, following what appears to have been a botched company meeting, employees began signing on to an open letter condemning the corporate response; as of this morning, it had more than 2500 signatures. We still have no formal public statement from J. Allen Brack or Bobby Kotick.

Walkout organizers also included a message for non-Activision Blizzard members of the gaming industry & gaming community who’d like to show their support:
post on social media with the #ActiBlizzWalkout hashtag & the 💙 emoji.

Staff and former staff have also continued speaking out on the situation; Connie Griffith argued that Mike Morhaime’s Dreamhaven is filled with the “old guard” from Blizzard; Éireann Tilley discussed sexism ans transphobia on the customer support side of the studio in Europe and specifically a sexual assault that was ignored by HR; and Tami Sigmund has echoed what several female employees how now said about how boycotting Blizzard products directly affects her pay.

“[N]ot telling anyone how to spend your money,” Sigmund says. “Just hoping that maybe folks should change their phrasing from ‘out of support for the women at Blizzard’ to something else because as a pregnant woman at Blizz it would not feel supportive to lose my income.” 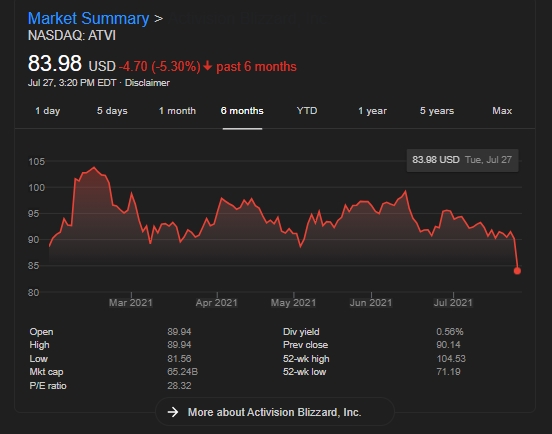 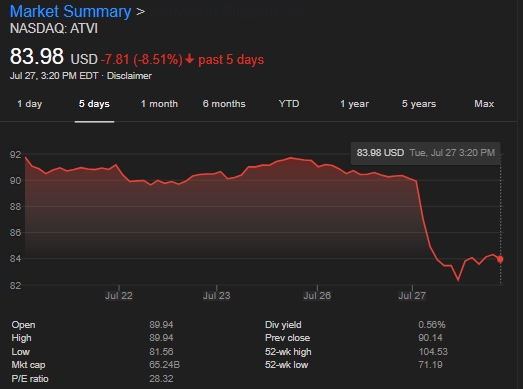 The paper further notes that Blizzard’s Sabrina Brogan announced she’s stepped down as Europe, Middle East and Africa lead specifically because of Fran Townsend’s (now leaked) internal letter to staff. “I am ashamed I am working for this company,” she wrote. 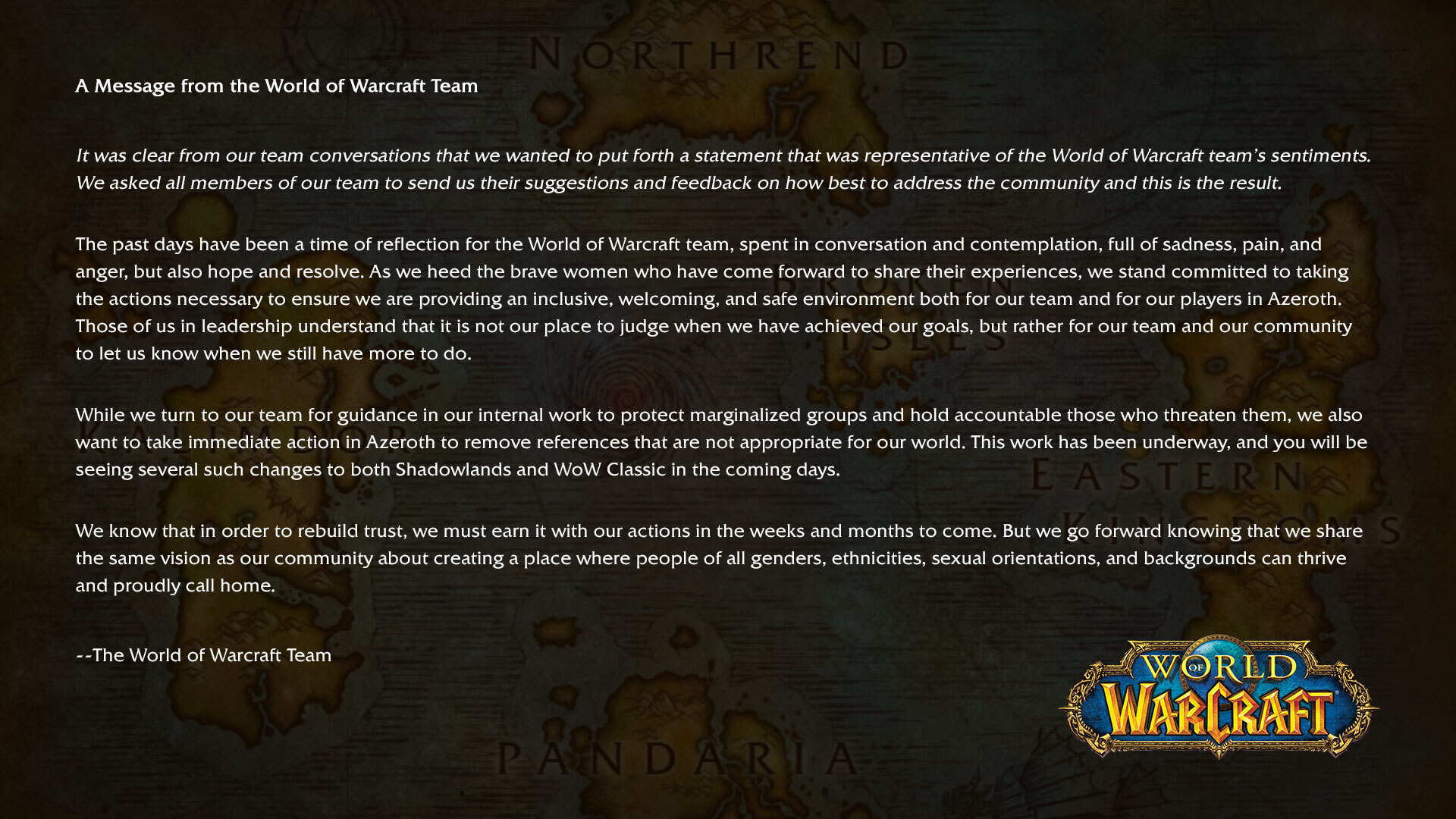 Over 3,200 now. DMs are still open for any current or former employees that would like to sign. https://t.co/gqVnf46eUY

Bobby Kotick has also penned a letter to workers this evening; we’ll be picking up that thread in a new post.