It sucks when a game has to delay a bunch of features, but that’s just what the crafting-minded sandbox Starbase is forced to do. Developer Frozenbyte has laid out the sad news in a roadmap update, admitting that “bugs and the numerous launch issues have pushed back [the studio’s] development schedule,” which in turn has seen the roadmap adjust accordingly.

In brief: Moon bases and moon mining is moving to the end of September, the addition of capital ships and various social tools are planned for October, and the addition of station siege mechanics is moving into November.

As for the game’s latest minor update, the game has added a new PvP station and two new ghost stations, as well as applied fixes for crafted items awarding incorrect items and ships passing through player station areas and getting stuck. 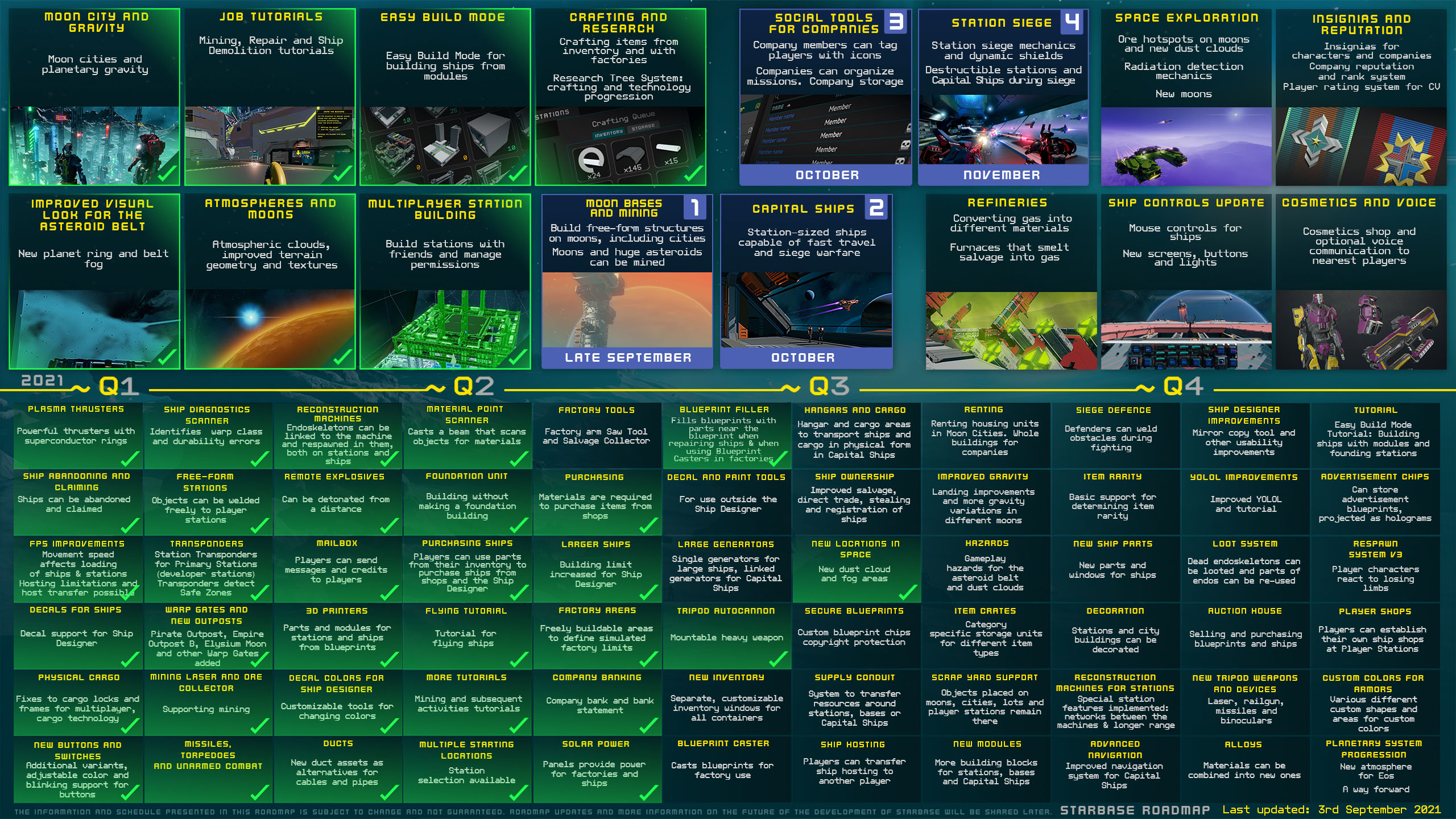