Bungie is once again full of information about Destiny 2 in this week’s newsletter, leading off with the recently added quest for the exotic Ager’s Scepter, a Stasis trace rifle full of frigid features. The weapon can be chased now, while its catalyst will be available after reset on Tuesday, September 21st.

END_OF_DOCUMENT_TOKEN_TO_BE_REPLACED

The newsletter then moves on to future updates and events arriving through the remainder of Season of the Lost, with the Halloween-themed Festival of the Lost and Grandmaster Nightfalls due in October and November, and the Season of Triumph, the Dawning holiday, and events to mark Bungie’s 30th anniversary coming between December and February.

The last major thing of note is another round of adjustments coming to the Trials of Osiris including the addition of a flawless matchmaking pool and some matchmaking help if players are facing five losses in a row. The post also shares some data from the return of the Trials, noting 750K players hopped into the PvP mode, making up an average of 30% of active players. More trivia and other details are in the weekly digest. 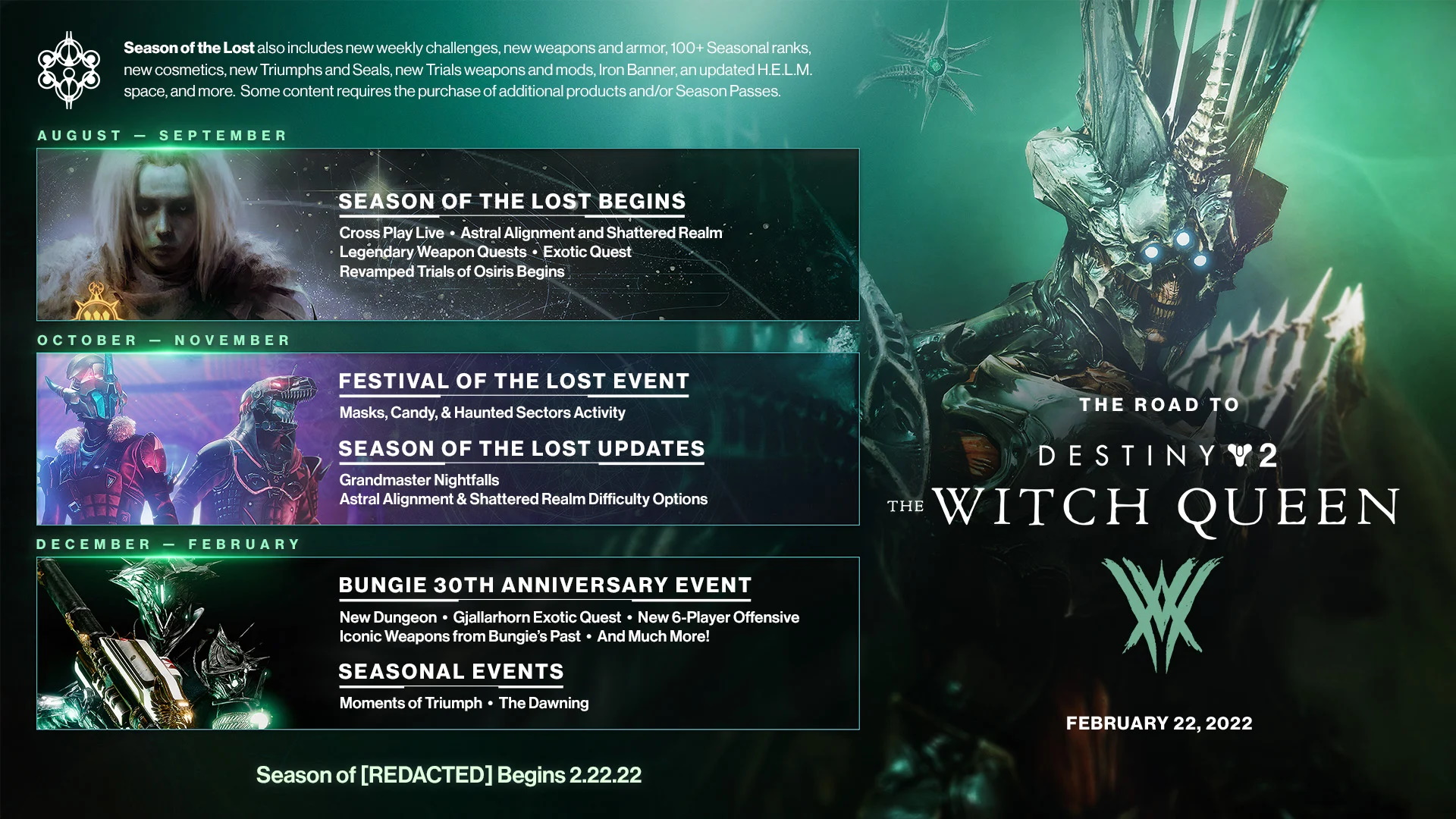