Remember how I managed to get an entire column out of all the different flavors of troll within World of Warcraft? Except I kind of cheated there because it was really nine sorts of troll and elves in general, since elves are descended from trolls. Clever and cheeky and all that, I was proud of myself, everyone laughs. And then it turns out I told you that story to tell you this one.

The first batch of elves in Azeroth and thus the first group of people to decide that they were definitely never trolls and had better kill all the trolls so that no one asks about that. Also, they kind of like nature and stuff.

The original introduction of Night Elves was actually kind of a major swerve in Warcraft III when they were introduced as basically the visual analogue of “dark elves,” but they were actually kind and nature-loving and decent people. That impact has been completely lost by this point.

Beverage of Choice: Well of Eternity and derivatives

So one thing you have to understand about elves is that they just love drinking all sorts of juice, and basically every kind of different elf in the game comes about because a bunch of elves decided to drink a new sort of juice. Case in point, the Nightborne are very similar to Night Elves, but they sustained themselves in their bubble city by drinking from the Nightwell. Later, the Legion took that over, but by that point they were distinct enough to be an allied race and everyone was cool with it.

After a gigantic war that split the world apart, the Kal’dorei generally agreed that they should probably stop playing with arcane magic, going out in the sun, summoning demons for power, and learning about walls. A group of them, however, pointed out that they could maybe just not do the third thing, since that was where all the problems really started. That group of elves headed over to the Eastern Kingdoms, dubbed themselves the High Elves (because they were formerly called Highborne), and made their own fountain of magical energy that was just all about light.

Later, lots of them got killed.

Beverage of Choice: The Sunwell (remember it!)

What with their preferred beverage being destroyed, a whole lot of them being killed, and a need for some kind of juice, the Blood Elves turned to small-batch brews of magical essence derived from all the demons that were meandering around. Thus was born an entirely new flavor of elf, albeit one that isn’t as distinct from high elves as you might think. This has led to a lot of debates in the real world.

Since the Sunwell is back now, it’s a bit more academic, and the whole “draining demon energies” thing was never too heavily highlighted as the reason for those glowing green eyes. It was definitely there, though.

Beverage of Choice: The Sunwell, but with demon essence sprinkled in, like one of those little zero-calorie sweetener packets (previously it was regular water with that demon essence)

This was probably around the time when most of Kael’s remaining followers went from a disagreement in ideals to “we may have made a bad call here.”

At one point, an elven magister was convinced that Silvermoon would be well-served by planning ahead to cut off threats to the nation rather than just waiting for the next one to emerge, and so he decided to go see what could be done by researching the energies of the Void. That makes sense, vaguely. He and his followers were then infused with the power of the Void and became another new flavor of elf because of all that delicious shadow juice.

Of course, when we get the next expansion’s customization options we can make void elves look like high elves, because life is a wild ride.

The Withered and Wretched are technically two sub-sets of elves, but in both cases they’re basically the same mechanics wherein you cut an elf off from magic long enough and they can’t function any more. This was a major plot element when dealing with the various NPCs around Suramar, since they kind of had a big problem with people losing their minds and essences when starved of mana.

Suramar was kind of terrible.

Beverage of Choice: They don’t have any beverage, that’s the problem: They’re so thirsty.

The end of Warcraft III saw Arthas in Northrend, cut off from most of his forces in Lordaeron and without any more Dreadlords on his side. On the other hand, he did have a bunch of Blood Elves around that had followed Kael’thas up for a fight. “Well, waste not, want not,” he figured, and bada-bing bada-Scourge he’s got some elfpires up ins.

Following the defeat of Arthas, the San’layn kind of drifted apart, but at one point the Forsaken were looking into using them… which went south when the San’layn decided to just kill the Horde as well as the Alliance. Put it into another pile of Bad Battle for Azeroth Ideas.

Beverage of Choice: You juice

It turns out that when you invest a bunch of elves with crazy amounts of arcane energy and then kill them with more arcane energy you get some ghosts. Lots of ghosts, actually. There are lots of undead spirits out there with elf ears, most of them generally malicious and in need of a good swording.

We’ve never really heard much about what makes these particular undead elves different, although it seems like they’re banshees who took back their own bodies. You know, like Sylvanas. They’re just weird ashen elves who never talk much but everyone knows they’re there, and they’re kind of cool.

Now, if we got some proper skins for this with Shadowlands, that would be fun. I think we actually do get red eyes? There are worse reasons to make yourself another Hunter, really.

Beverage of Choice: As of this expansion, evil juice. No word on whether that’s juice that tastes like evil or makes you evil. Whatever it is.

Last I checked “void” means nothing, null, empty, and yet in WoW there sure is a whole pile of something in that nothing. 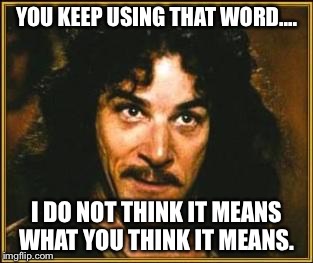 You best be careful what with all those elves going after whatever juice they can get.

I look forward to our first Elven President, I believe in change and Illidan Care!

You are not Prepared For Change!!!
vote Illidan/Akama 2020

The small but more intelligent ‘offshoots’…because we think we just are. Also, admonished by Dragons…

Beverage of Choice: Anything with a strong shot of espresso…because it works for me posting this wishful think! <3

So you just accidentally said what should be the truth.

I think I’d argue for #10 that it isn’t specifically ‘Evil Juice’. Sylvanas was a Wine-drinker before Battle for Azeroth, a good ‘glass and zombiecat pet a day’ kind f Wine-drinker.

Then a dark portal opened up, The Man in the Suit stepped out, and from his vest pocket spilled many strange green bills as well as a lukewarm can of ‘Action Winter’ Juice. She said no, that her palette is sensitive and energy drinks don’t do much for… well, the clinically-dead. They insisted she try a sip, she relented…

…Look, we don’t know. She doesn’t know. But the whispers in the hiss of every can as she pops it open know. And I am thoroughly worried about her prospects in life if she keeps going this route. It’s just not healthy.

MMO Week in Review: Everything Endwalker

World of Warcraft continues to clean up its act with surgical...

The Daily Grind: Do you play humans or non-humans in most...