In order to play the current beta version of Dual Universe, you need to pay a subscription fee, a fact that is not news to readers by this point. However, the price of that subscription is going to be adjusted upwards for new arrivals once the Demeter update hits in order to reflect the cost of running the game according to Novaquark.

“As development has ramped up, we’ve come to realize that the original subscription price of $6.99 EUR/USD was based on optimistic server cost estimations. Now that we’ve been at this for a while, we have a much better handle on the real costs of providing the level of service we want to give our players.”

That $6.99 a month figure, incidentally, is in reference to the new monthly cost of the game’s 12 month subscription fee as well as the limited-time one month sub option that was offered last year, but pricing has also adjusted for the six-month and three-month plans. The devs also plan to once again introduce a one month subscription plan for a limited time, which costs the most per month – $9.99.

It’s important to note that these rates only apply to newly subscribed players of the beta. Those who have been playing the beta before this point will continue to pay the same monthly costs as they have been until DU’s beta ends. If existing players decide to cancel their subscription and re-subscribe later, they will be at the new rates listed in the image below. As for when Demeter – and this pricing structure – will arrive, there is still no current release date set. 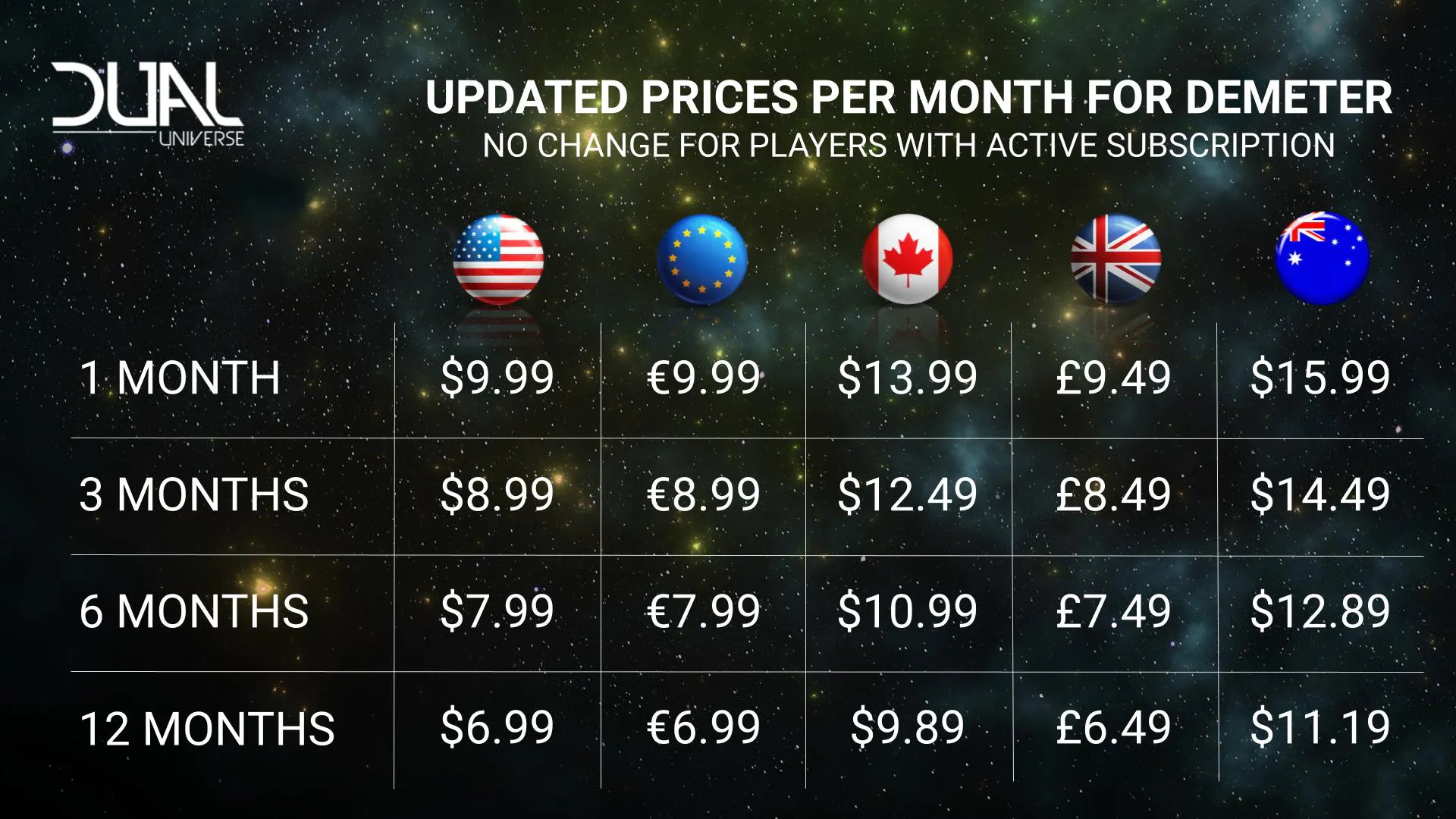