Fallout 76 will be all about the Night of the Moth on Wednesday, December 8th, but it will also be all about Season 7, which players can now preview ahead of the update’s arrival, and this time around, it’s all about Zorbo’s Revenge.

As usual, there’s a new Scoreboard for the season that’s dressed up in retro sci-fi style littered with all sorts of goodies including a West Virginia Slot Machine CAMP item and two new allies for players to earn for their CAMPs: Xerxo, a spacesuit-wearing ghoul who claims to be from the Zubulon Empire who can temporarily reduce fast travel costs and increase players’ agility; and Katherine, an astronomer and interstellar hobbyist who can temporarily reduce the weight of energy ammo and improve perception.

There’s more goodies available to earn in season 7, which is previewed in the video below, while the devs at Bethesda have also put out a new community calendar that outlines events coming to the game through March; that can be viewed after the break as well. 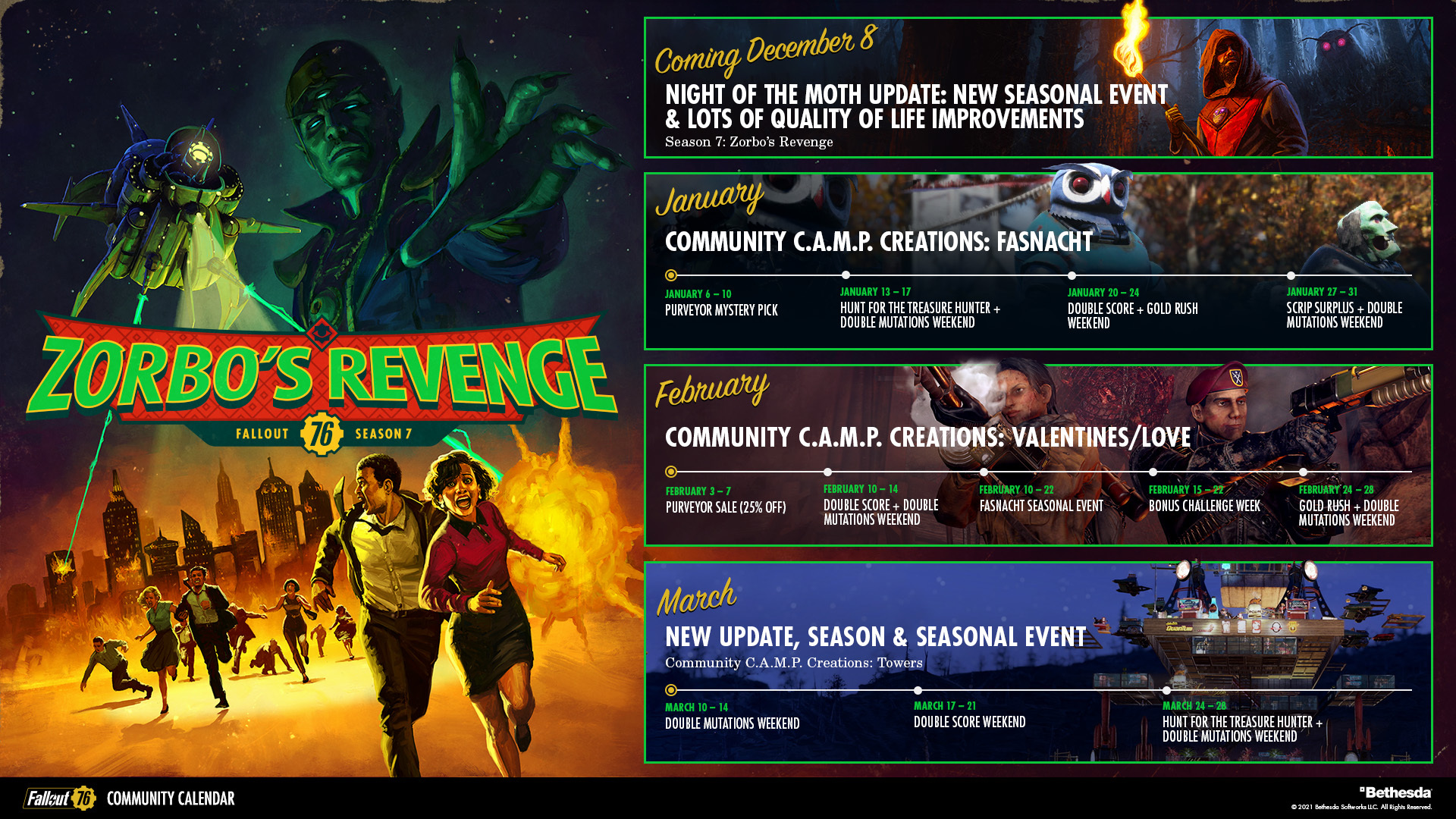