Today, I’d like to discuss the recent change that increased the experience needed to level crafting in New World: It’s terrible, and it should be reversed. In fact, leveling crafting was already too slow before the patch. It should be made faster than it was then. Boom, problem solved, happy players, you’re welcome, Amazon.

Hmm? What? Oh, OK. My editor is telling me this column needs to be more than one paragraph. In that case, I’d like to discuss something that’s been on my mind since New World launched: travel time, and how there’s too much of it.

I remember the issue of travel causing some debate as far back as the alpha test I joined last year. Of course, there will always be a certain population of grognards who will argue vehemently against any quality-of-life improvements in an MMO on pure principle, but it does seem as if there’s a growing consensus that the travel times are too damn high.

The fact that New World is currently near the top of the player-curated “walking simulator” tag on Steam is probably a clue that people are getting a bit fed up.

One of the most common suggestions is the addition of mounts, and there’s datamining that hints they may be coming. However, while I don’t see a lot of harm in adding mounts, they’re not my preferred solution, either. Mounts would make travel go more quickly, but they don’t solve the fundamental problems that lead to so much traveling in the first place.

A lot of things add up to make New World involve a lot of running around. There aren’t a lot of fast travel points for one, and the azoth cost of using them can add up quickly. Both the main story quest and farming for crafting materials will both send you running up and down the length of Aeternum. 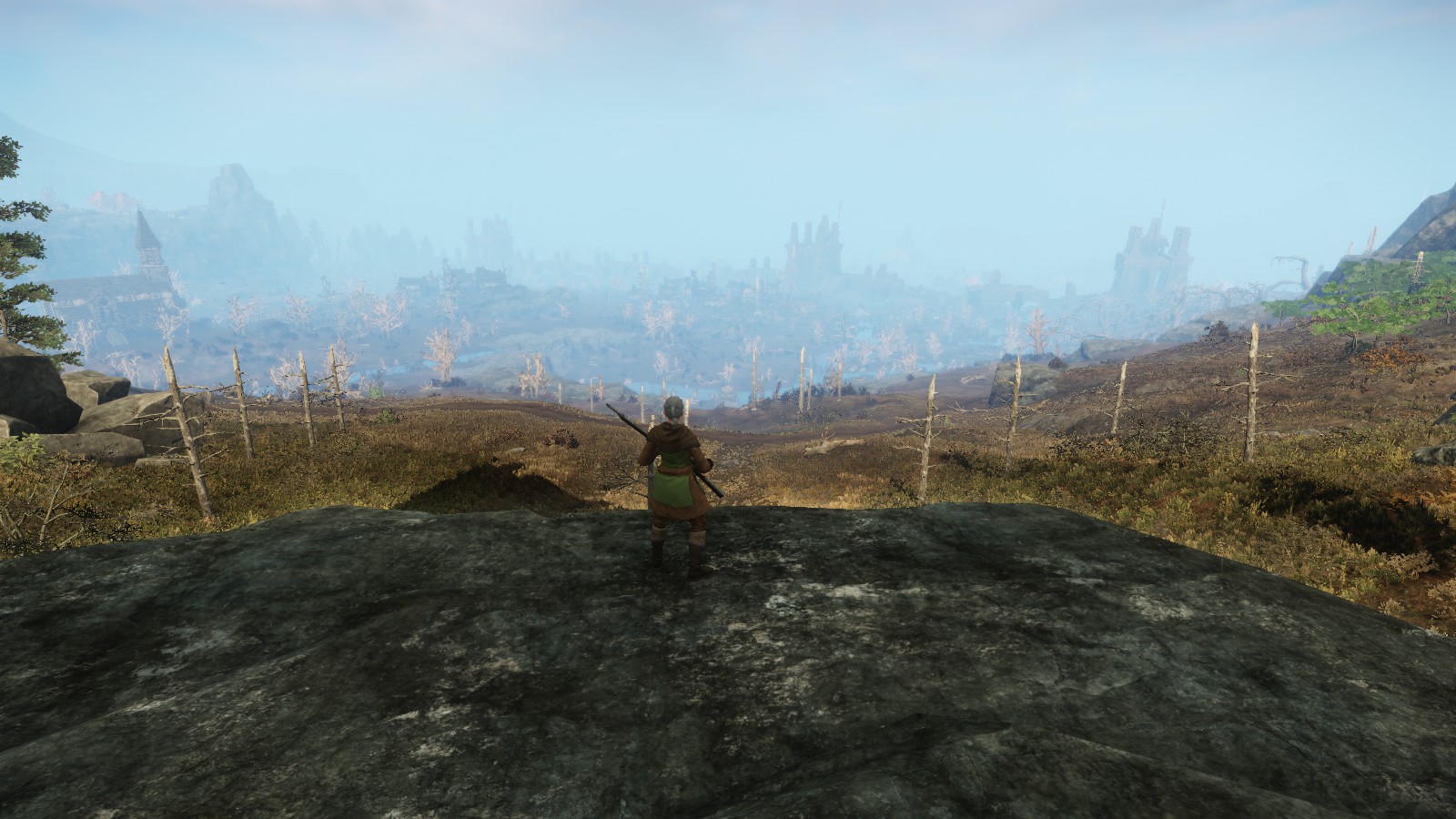 But I think one of the biggest problems is that storage sheds are currently unique to each town. Each time you move to a new town, you need to bring all your crafting materials with you, which can take multiple trips, or settle for going back to the old town every time you want to do any crafting. It also becomes increasingly difficult over time to fit all your materials into a single storage shed, potentially leading to further travel nightmares as you try to spread your possessions out across multiple towns.

Owning multiple homes can help with this, as they offer both storage and free fast travel (on a long cooldown), but that’s expensive, and this isn’t the easiest game in which to earn gold.

To a point, I can understand where Amazon is coming from with these designs. Travel can be more interesting in New World than other games; you’re constantly going to be encountering interesting enemies to fight, resources to harvest, and potentially other compelling discoveries, like lore notes.

If you look at the map, you’ll notice that roads are almost a never a straight line to anywhere. This creates a certain degree of strategic tension in whether you want to follow a road for a safer and smoother journey or brave the wilds to take a more direct route. I like that, and especially early on, it makes for a very immersive experience.

Mounts may be the obvious choice, but if New World is truly to solve the problem of constant back and forth travel, I think the storage issues are what need to be addressed.

Having unique storage in each town may have made sense in the early days of development when this was a full loot PvP game, but it’s just obnoxious now. What we need, more than anything, is universal storage, in much the same way trading posts have now been linked across settlements. 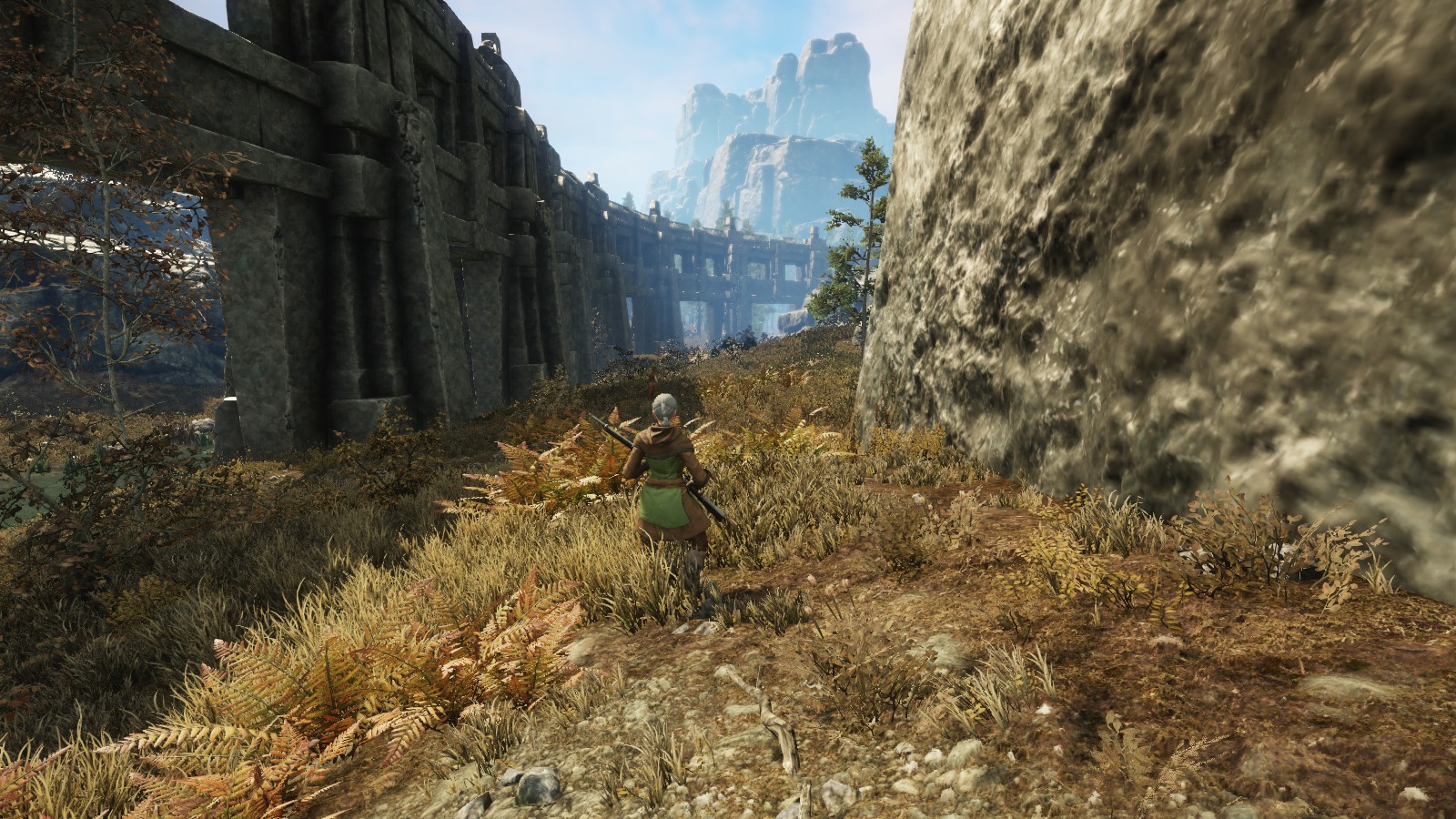 This wouldn’t be an entirely trivial change, of course. Storage space would have to be hugely increased to compensate for having only a single shared storage. I’d recommend at least doubling it to 2000 lbs, and ideally I’d like to see something more in the 3000-5000 range.

This would also necessitate replacing the territory standing rewards that increase storage space in a given zone. My recommendation would be a reduction to the azoth costs of porting to fast travel points in that zone, further lessening the burden of travel.

On that note, I also believe it would be best to remove the increase to fast travel costs based on your current encumbrance. Again, it’s something that may have made sense when this was a full loot PvP game and forcing people to carry their loot across country added danger, but it serves no purpose now. There are few experiences in New World more discouraging than spending a few hours farming for mats and then finding yourself in the middle of nowhere with a full inventory and not enough azoth to port back to town.

If all of the above changes were made, I think travel time would cease to be an issue in New World, at least for my taste. It probably wouldn’t hurt to also add mounts on top of that, but that would very much be icing on the cake.

I do think there are benefits to traveling being a bit of a slower experience in New World. It’s clearly not meant to be a game you rush through, and I enjoy and appreciate the more immersive journey it’s going for.

But right now it’s just gone too far to that extreme. Something has to give, and while simply speeding up players is an obvious choice, I do believe it’s a band-aid solution. To really solve the issue, Amazon needs to attack it at its root, and that means improving quality-of-life issues like storage before we go straight to giving everyone a pony.

Although ponies are nice, too.