As we’ve been discussing over the last few weeks, Niantic’s pursuit of forcing Pokemon Go players out into the world to generate salable data during a global pandemic is ticking off the playerbase at nearly every turn. While there are clearly some smart cookies at the company, they’re not being heard. Instead, the company frequently hamstrings game features that would help its stated goals. The most singular example to see this in would be the April Community Day where mismatched features effectively caused Niantic to fail all three of its stated community goals. Maybe it’s time for Niantic to try something both new and old.

For those who don’t know, Pikachu in the Pokemon anime series is unrealistically powerful, even in a game where you have pokemon gods that still somehow get shoved into balls and are still controlled by children. Its ability to consistently defeat pokemon that far outclass it give kids the wrong impression that any pokemon can beat another one if you just try hard enough. But maybe that should change in Pokemon GO so Niantic can mix things up while pushing it social goals. 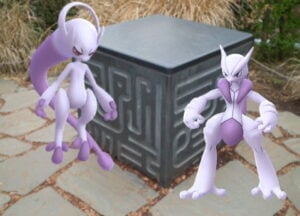 As I’ve said countless times before, Pokemon GO’s biggest problem is that its main activity, catching, is a single-player activity. Using Community Day as a “social” event is less a team sport than it is an “alone together” activity. I say this as someone who nearly always plays with other people for at least a third of any given Community Day or major event. Yes, it’s fun to walk with my friends and “play,” but the most we interact with outside of raids is when I find a pokemon with good stats and try to help others find it. We’re not really playing together; we’re sharing information.

While raiding technically requires multiple players (unless you’re a multi-account cheater, a problem Niantic’s ignored since 2017), it can often also be an “alone together” activity. While Lugia at release was difficult, the new team auto-select system makes it so that even the hardest pokemon can be zerged down, and I say this after experiencing full raids of 20 people going against Mega Latias, which is perhaps the bulkiest (and therefore toughest) raid boss to date. While I was in a group of at least 40 people in person doing my best to maintain personal space, there was little to no communication. If I hadn’t already belonged to a community and knew one of the leaders, I probably would have been ignored altogether.

But we know Niantic has AR tech it’s hungry to use, such as in Peridot. However, of greatest interest is their shared environment AR. This could be combined with one of the many missing Gen 7 features to get players into parks, stay distanced, and use their pokemon in fun, non-combat ways. Maybe they create a virtual fort together, or players could set-up obstacle courses for their friends. Heck, Pikmin Bloom’s new multiplayer challenges, as simple as they are, could be implemented but in more active ways, such as walking at the same time, or when implemented, doing a Route together.

But as I’ve mentioned plenty of times before, AR camera fluff in particular is largely ignored by the player base. Rural players are often lucky if they can do raids. Being social in a game limited to those around you isn’t as easy as the San Francisco based tech company would think, so something smaller scale would be best, and the prizes would have to be unique. Again, raiding could be pushed more, but as gyms are being deleted despite players needing to meet up more, I can’t see Niantic getting that right or tired players doing much no matter what the outcome is. It’s sad, but the state of Niantic, not necessarily the game, just has a lot of people jaded. Instead, let’s up the ante to get something players will care about but also scream bloody murder: making OP pokemon.

Every gamer wants to be massively overpowered (*wink*)

Here’s the suggestion: allow pokemon to be powered up (far) beyond their normal means to at least be used in gyms and raids. The item to get this should come from a truly social aspect of the game as described above – something that requires they be done with another person, on a small scale, in real-time.

While I’m someone who believes pokemon, in general, is poorly balanced, and I don’t care about messing around with that, there is a good balance reason for this: The gym system is and will remain stagnant without a massive overhaul. Machamp reigns supreme because most gym defender pokemon (meaning pokemon with a high combination of HP, defense, and/or special defense) are weak to Fighting-types, Dark-types, and/or Rock-types, which Machamp has access to. Note that on that list even Legendary pokemon wouldn’t shake up that issue. Allowing something like Blastoise to have stats like Mewtwo or other legendaries might actually force gym attackers to diversify teams or change attackers rather than ram through.

More importantly, though, it would appeal to casual players who want to use their favorite pokemon but get tired of meta-relevant pokemon showing up all the time. Yes, Giratina is a very good Ghost-type pokemon, but it’s weird and icky in a not-cool way. My buddy Sableye’s much more stylish and the right kind of creepy but is held back by stats. An item that would allow my pokemon to reach Legendary/Mythical CP levels would give me a new goal in the game, give my fellow gym fans something new to fight against, and entice people to play together but without creating crowd issues or spreading a plague.

Heck, keeping it away from the already overburdened Buddy system could allow long-term players high replay value so that Pikachu could finally be statistically stronger than an average Raichu (again, assuming there’s a cap that makes these pokemon effectively legendaries with a different skin/stat spread so Mewtwo and its like can’t get stronger), but I could bring a team of starter-water types to drown a Fire Raid boss in cuteness.

I’m sure The Pokemon Company might consider it if Niantic suggested it, but given Niantic’s inability to properly matched stated goals with design, I doubt it’d go that far. Still, if it decides it’s got the guts, it’s welcome to the idea.