END_OF_DOCUMENT_TOKEN_TO_BE_REPLACED
RIFT receives too little of the MMORPG community’s attention, partially due to its age (six years now), contentious feelings toward Trion Worlds, or a perception that the game is “generic World of Warcraft.” And yet it’s endured and grown wonderfully over time, becoming a perfect rebound MMO when you grow bored of your current title and remember that, oh yeah, RIFT is out there. And it’s free. And it’s actually pretty good.

Right now I’m in the midst of what has become a yearly pilgrimage on my part to return to RIFT. The announcement of this fall’s expansion has nothing to do with it, I’m sure. As I’ve been leveling up a Rogue and getting to know some friends in a new guild, I keep making a mental list of how many features I absolutely adore in this game. RIFT might get overlooked, but it really shouldn’t. This is as full-featured a classic MMO as they come, and it’s only getting better.

So here’s my personal list of 10 favorite features and aspects of RIFT, in the hopes that perhaps your attention might drift back to Telara one of these days. 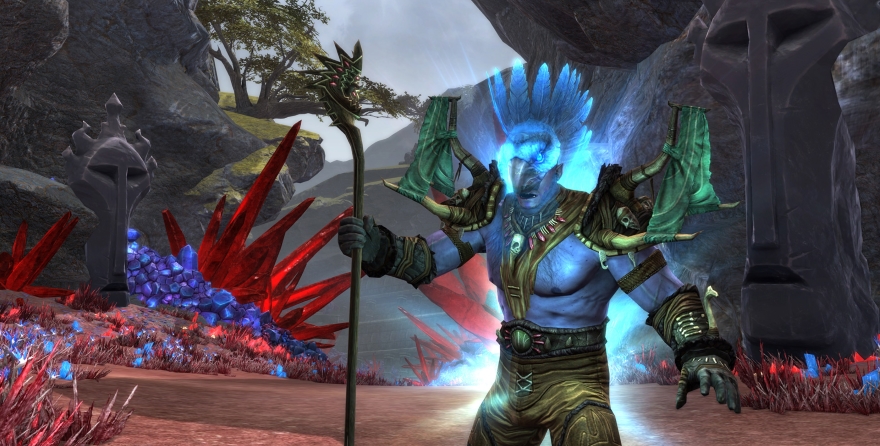 If you make a list of excellent player housing systems in MMOs, RIFT’s dimensions better well be toward the top of that list. It makes sense that this game would have such robust housing as it’s a spiritual successor of sorts to EverQuest II, and I can’t praise it enough.

Start with the fact that you get pocket zones — not just houses — to decorate, hundreds if not thousands of items, ways to recommend excellent zones, an insanely intuitive building tool, instant access from anywhere in the world, guild dimensions, and the ability to manipulate time of day and the skybox. And you even get one practically right out of the tutorial for free! It’s no surprise that a sub-community of RIFT “dimensioneers” has sprung up, sharing the best creations from busy players.

RIFT touts this feature pretty heavily — but it’s worth putting up front and center because it’s one of the better class creation systems that I’ve seen in MMOs. The sheer variety of souls and the option to mix-and-match three of them at any given time to create unique builds keeps classes from becoming stale. It once again puts the power of creativity in the hands of the player to see what he or she can come up with, and I’m forever tweaking builds and coming up with new ones.

And the fact that any archetype can fill any role is genius, as it staves off potential class regret at rolling one type over another.

While RIFT does contain a sprawling world with quests and rift events, you can bypass all of the travel and get right into easy group action by using the instant adventure system. One click and you’re off to quest with others in the various zones — or in the case of intrepid adventures, retooled raid instances. It’s immediate fun on demand, and I kind of wish more games had something like it.

Several MMORPGs have some sort of offline advancement system where you send out followers to do timed tasks and then bring you back goods, and RIFT’s answer to this is minions. Using a card-like interface, you match up minion skills with related tasks and then sit back to wait for the goods to roll in. I love getting artifacts and dimension items through it, although sometimes the cash shop intrudes a little too much into the system.

If you had to press me on what I think is the best cosmetic outfitting system in MMOs, I might just have to point to this one. Like so many features in RIFT, the wardrobe is remarkably slick and user-friendly and has pretty much anything you’d want. Save any item’s appearance that you loot? Cosmetic weapons? Allow classes to put on different types of armor? Multiple saved outfits? Immediate switching between outfits? Dyes? No cost to set up a new outfit and dye it with unlocked colors? It’s got all that and more, baby. Unfortunately, the armor design in this game isn’t always the best, so finding really good pieces to use can be a bit of a scavenger hunt.

Maybe it’s just me, but I’ve always been impressed how RIFT works in out-of-the-way puzzles into each of its zones. They’re not tied to any quest that I know of, but instead are there to be discovered and solved. Wrapping up a zone puzzle (with or without a walkthrough) is a satisfying experience, made better by some pretty cool rewards.

I make no apologies for being completely pet-mad in MMOs. If I can’t have some little critter trailing after me, preferably doing amusing tricks, then I am not fully content. And boy does RIFT have pets — and pretty good ones, too. My current favorite is Ducklar, a sassy little duck who occasionally bursts into a ducky dance. The terrifying Harbinger of Regulos — a little purple bunny — is another classic.

Most MMOs take one of two approaches when it comes to allowing players to move characters between servers: Either they don’t let you server-hop at all or they charge you through the nose for this “service.” RIFT? RIFT lets you move characters at will without any cost at all. That’s even more surprising in this post-F2P era.

Humor, both in delivery and reception, is a highly subjective thing, but for my money, RIFT has a cheeky sense of humor that’s often surprised a chuckle out of me. Probably my favorite bits are the boss voiceovers that often boom through dungeons and zones. “Join us for some MEAD!”

You know how we often complain about how MMOs don’t allow players to mentor up or down in levels to meet the content or their friends? Well, RIFT has that. Has had it, actually, for quite some time. You can jump into higher-level content provided that you have a mentor to attach to like a parasite, and you can always artificially adjust your level downward so that you can earn more XP and not overlevel certain content. It’s pretty easy and cool all at once.

Bonus: There’s always something to do

Some MMOs seem to be the result of developers starting to focus on one aspect of the game to the detriment of others, but RIFT has always struck me as a project in which the team tried its best to cover all of the bases. As a result, there’s something for pretty much any type of player with any amount of time, from collecting artifacts and running chronicles to fighting in PvP zones and jumping into expert dungeons.

One of the advantages of coming to an MMO after a half-decade or so is that its content pool (usually) has widened and deepened, and RIFT’s is surprisingly big if you give it a look.